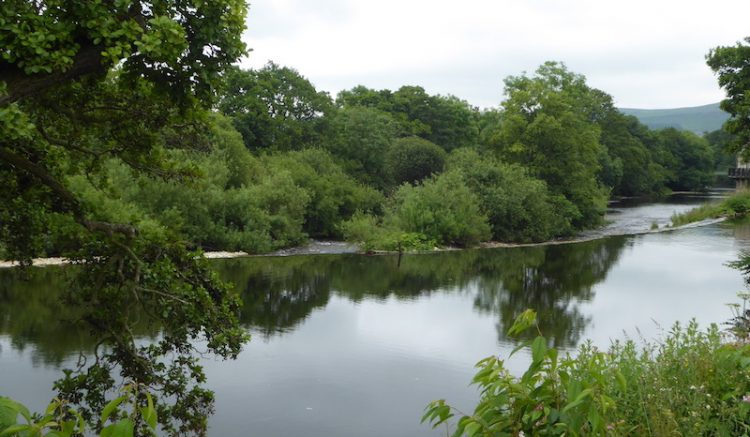 When walking to Beamsley Beacon a couple of days ago I went via Addingham, having seen the photos Lynnie is keen to revisit, I last took her there soon after we met.

We leave Hall Croft CL and cross the entrance driveway to join the footpath running between a fence and hedge. 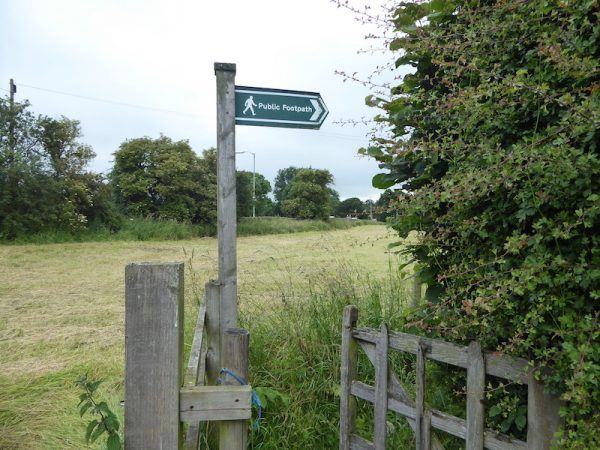 At a junction of paths close to the River Wharfe we turn left and follow the Dales Way as it follows the river through a meadow. 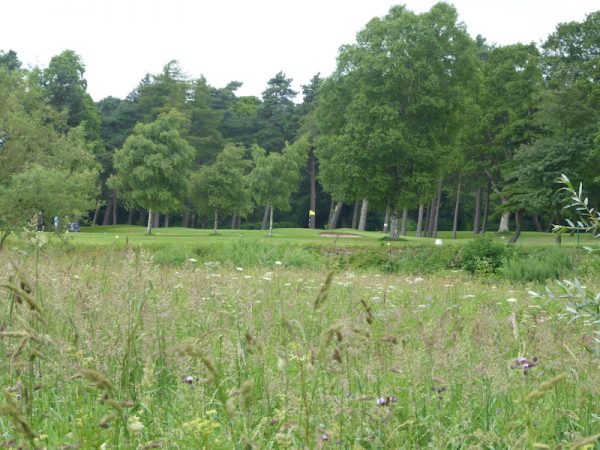 On reaching Ilkley Road we turn right along the pavement, still on the Dales Way and follow the footpath sign to Addingham.  We stay on the Dales Way turning right at the junction with Old Lane and follow the road to reach Low Mill.  In 1787 John Cunliffe, a cloth manufacturer, and John Cockshott, a glazier and woolstapler, built a spinning mill besides River Wharfe. This was at the advent of the technology that allowed yarn to be spun more quickly by machines than by hand. 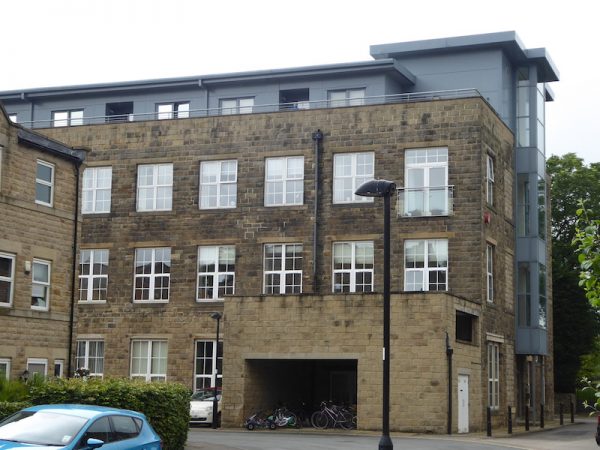 In 1826 it was the scene of a Luddite uprising when (hand) textile workers from Lancashire tried to sabotage the new machines seeing them as a threat to their livelihood.

The mill declined between 1831 and the 1850’s but then it’s fortunes revived and it prospered again.  After World War I the mill entered a partnership with a German company, Peltzers of Crefeldt, to weave velvet in the UK to avoid tariffs. But the advent of World War II saw the German workforce interned on the Isle of Man.

During World War II the mill was used for areo-carburetter production, with a 1,000 workers living in prefabricated housing in Ilkley.  Following the war the mill returned to textile production and finally closed in 2002.  The mill and surrounding area has become housing.

We follow the Dales Way through the village to reach Low Mill Lane, and follow this tarmac lane into Addingham. 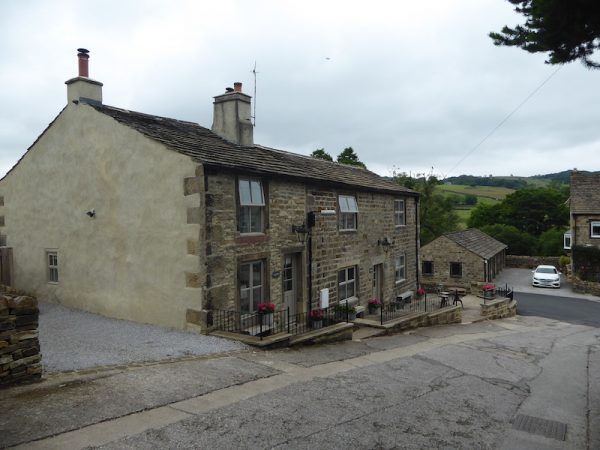 We turn left and follow the Dales Way footpath through the holiday park to reach the River Wharfe.  I have fond memories of this stretch of river, when I was in my teens I used to walk along the banks and it was here that I had my only attempt at fishing.  I had previously thought it was a boring pastime, I know others gain great pleasure from it, but after an hour my thoughts were confirmed and I packed up and went for a walk. 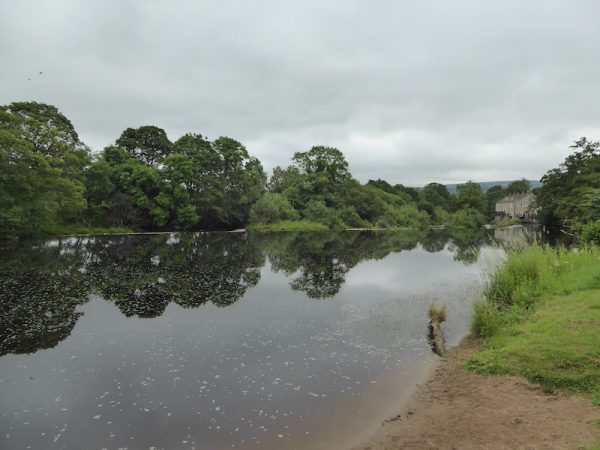 It was also on this stretch of river that Lynnie and I first saw a Kingfisher and amazingly I spot another one today.  Unfortunately it moves too fast to photograph.

We are tempted to continue walking along the river bank, but know that Dexter will struggle with the return journey if we go any further so we turn around and walk back through the holiday park.  It has certainly changed a lot since I stayed in a static caravan here in the early 1980’s, that van still had gas mantles whereas the modern cabins appear equipped with all mod-cons. 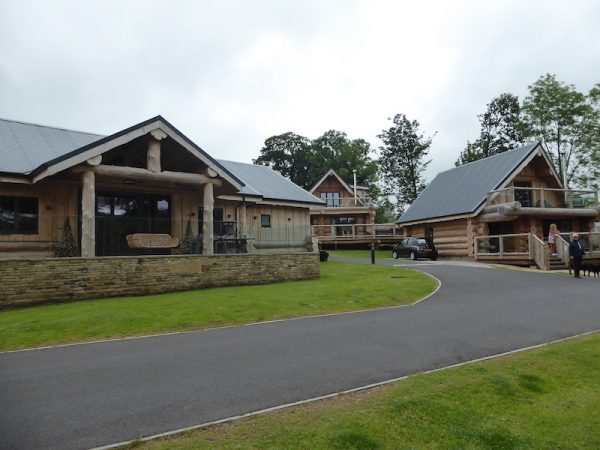 On leaving the holiday park we continue on the Dales Way to pass High Mill.  As I recall in the 1970’s High Mill was derelict, it has now been converted to housing.  We are now walking through the area known as The Mill Close, given by John Crossley and Joshua Dawson to the Overseers of the Poor of Addingham in 1685-6. 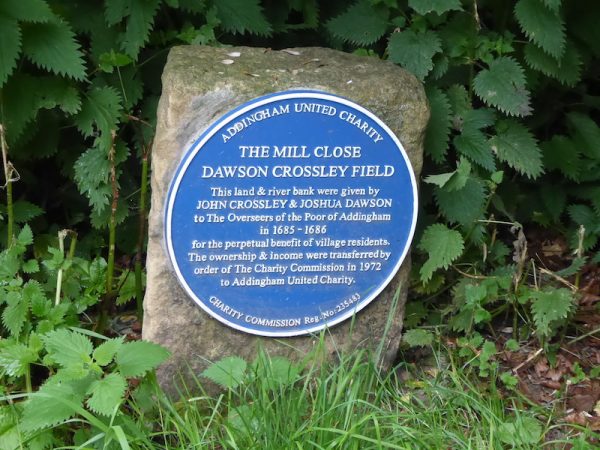 We follow the river path to the suspension bridge over the River Wharfe; the current bridge replaced an original 1895 bridge lost in a flood in 1935. 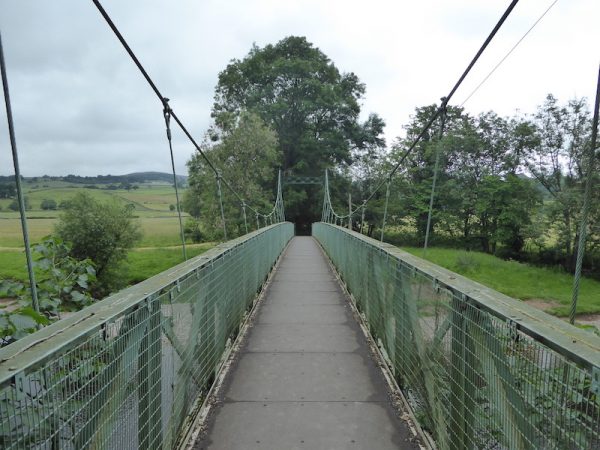 We stop on the bridge to enjoy the river views before continuing on the Dales Way to Bark Lane where we turn left and head downhill.  Just before the lane sweeps to the left we take a footpath leading over an old packhorse bridge. 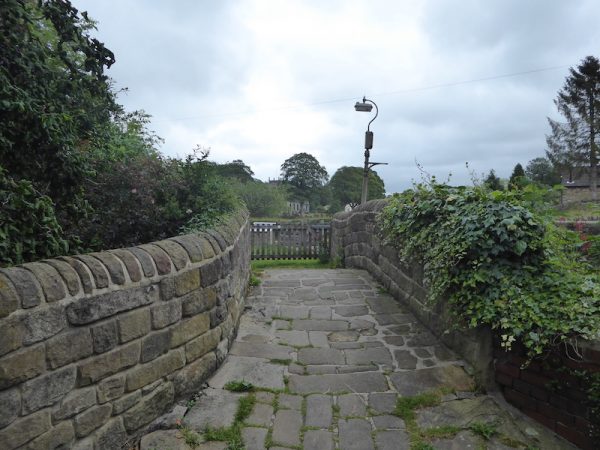 We now follow the Dales Way past the church of St Peter.  Apparently there has been a place of worship on this site for over 1100 years.   A plaque by the church gate explains that Archbishop Wulfhere of York fled here for sanctuary in AD 867 to escape the Viking invasion.  Parts of the existing church date to the 15th century. 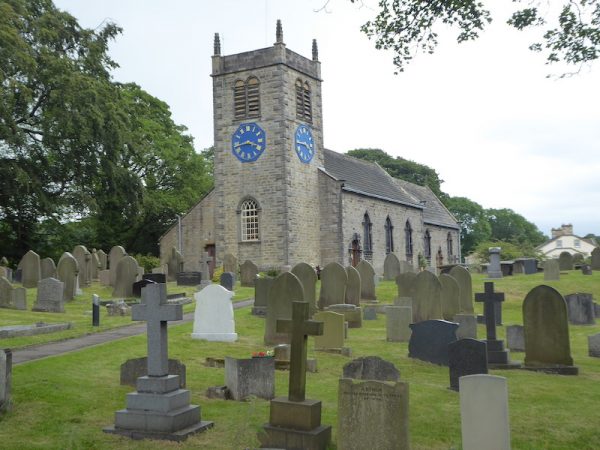 Continuing by the church on the Dales Way we cross Town Beck on another 17th century packhorse bridge. 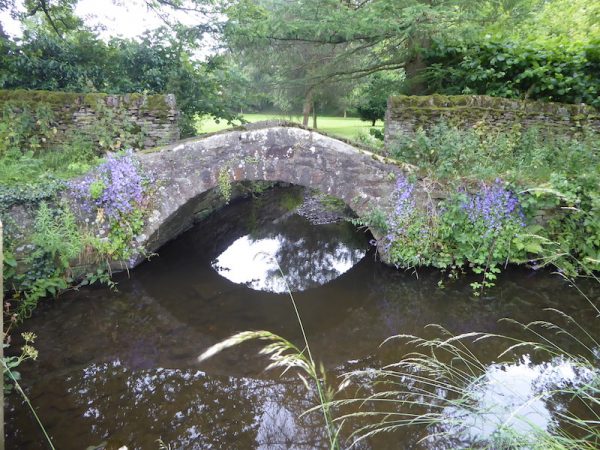 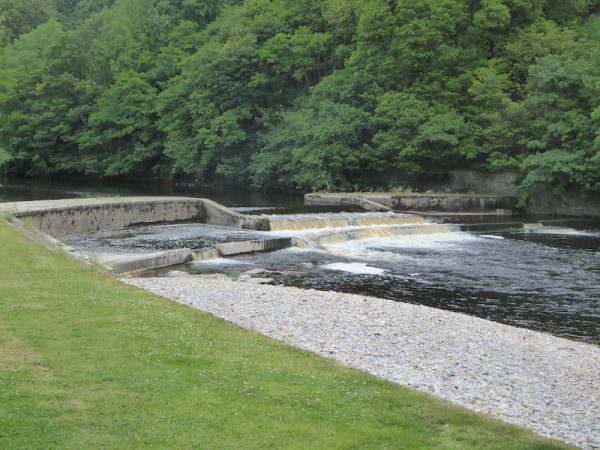 From here we retrace our steps back to Hall Croft CL, our walk has covered 5 miles and it has been very interesting to see some of the historic parts of Addingham.  It is now time to plan a longer walk on the moors for tomorrow.