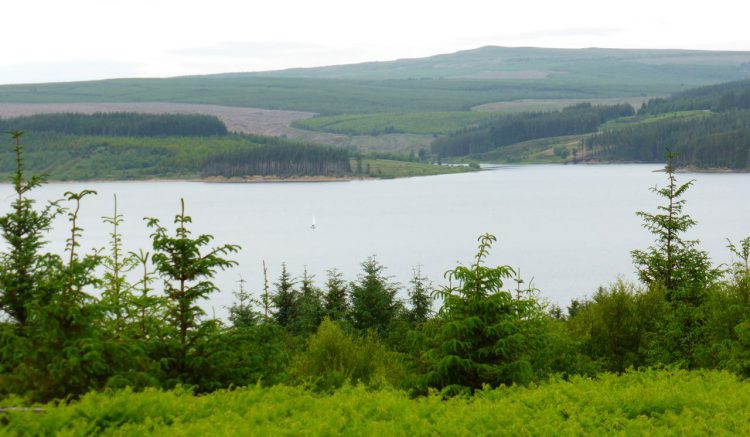 After a cracking fortnight in North Wales we have returned to England and gone further north to a site just outside of Gilsland on the borders of Cumbria and Northumberland. We had a tortuous journey yesterday, every time there was a route option I appeared to take the wrong one and we spent hours in traffic jams.

As mentioned previously, experience has shown that following a good week or two in a location we are bound for disappointment with a site or location before long. We have just come from Swn-Y-Mor an immaculate site, as soon as we arrived we received a warm welcome and were offered advice on where to pitch and told about the local amenities and places to visit. Our site for the next five days is Whittlees, first impressions are that it is adequate but not receiving the same level of attention as better sites we have visited. We use our initiative and pitch in a vacant spot and I head off to pay and try to elicit local information. Payment was duly taken, but I can only assume that you have to pay extra for conversation.

After pitching up and barbequing whilst swatting nasty, bitey creatures, we soon discover they live in the next door marshy field. It is then time to consult the map and plan our walk for tomorrow. I fancy a walk around Kielder Water, but this is 27 miles, Lynnie is reluctant to commit. So we compromise and agree to drive up to Kielder and have a jam about.

In the morning we wake to a dry day and after an early morning stroll and a catching up with a bit of work we drive off to Kielder. We park in the car park above Kielder Castle and then wander down to the Toll Road, Forest Drive, that leads from the village for twelve miles to Blakehopeburnhaugh on the A68, this is one of England’s highest roads and when it reaches Blakehope Nick it is 1000 feet above sea level, thankfully there is a speed limit of 20mph on the road, which in parts is a track. The initial section of our walk is tarmac and easy going, but this is walking in coniferous forest so is not the most inspiring. 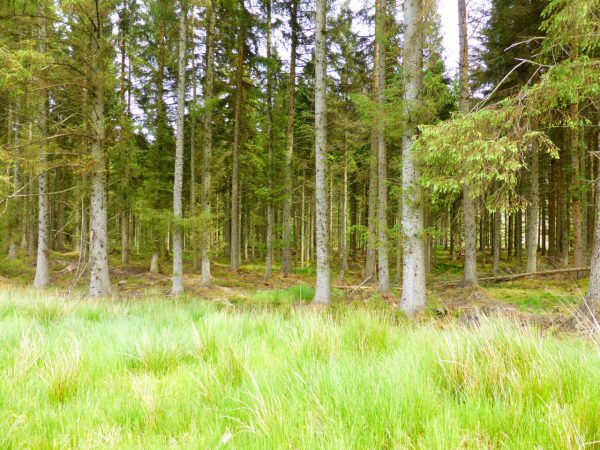 In a relief to the monotony of spruce tress we see the summit of Deadwater Fell and spy the MOD radio towers. 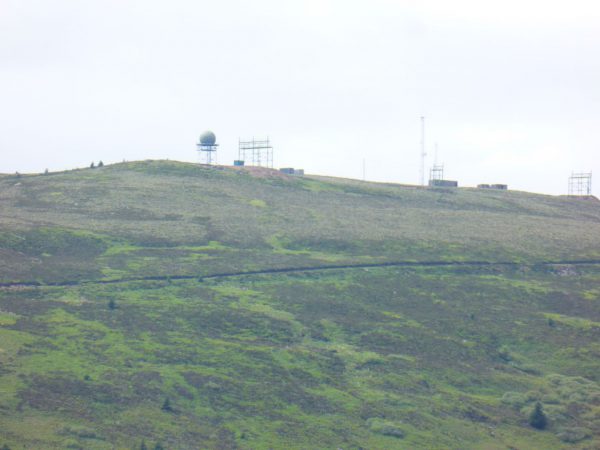 We continue along Forest Drive for about two and a half miles and then turn right at Hall Knowe and then climb gradually through Hogswood Knowe and Gibbie’s Knowe. 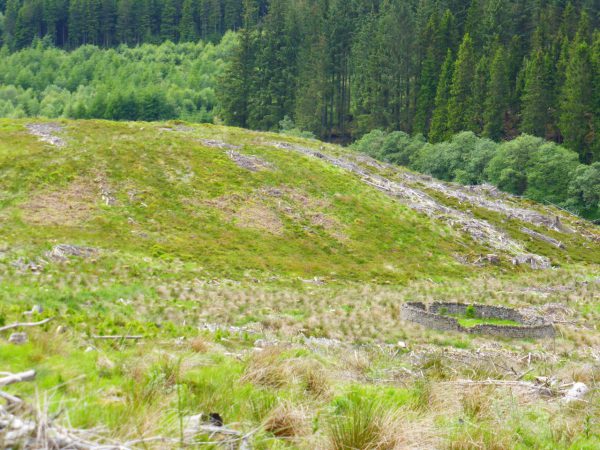 We are now high above the Kielder Burn and walking parallel to the Forest Drive. 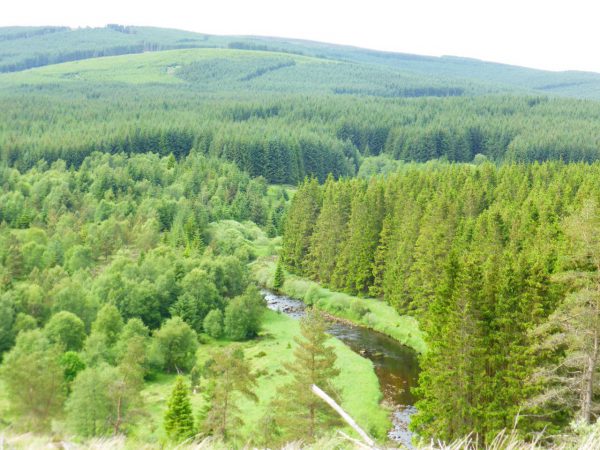 Before too long we are back in coniferous woodland. It is muggy and not very pleasant walking with many flying creatures trying to attack us. So we soon decide that at the first opportunity we will take a track back to Kielder rather than follow our planned route down to the shore of the Bakethin Reservoir.

Our wander has covered around six miles, but neither of us has particularly enjoyed it. Perhaps we have been spoilt recently in North Wales but this does not rank amongst our top spots.

This area is famed for the lack of light pollution at night and is therefore a popular spot with stargazers. Perhaps that is where we went wrong; we should have come when it was dark!

On the drive back we stop at Elf Kirk viewpoint, initially for no other reason than the delightful name. The track takes us up to an old quarry and the viewpoint is impressive. We look out over the reservoir and get a clear view of Valve Tower. 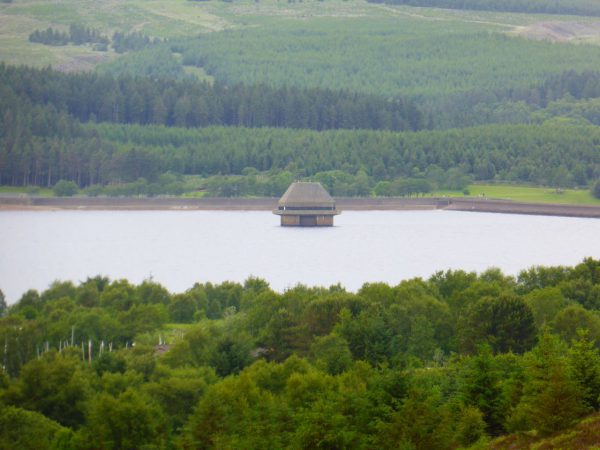 The role of the tower is to control the flow of water from the reservoir into the River North Tyne, the aim is to try and ensure that the release is similar to the natural flow of the river, and this is managed by a services of valves in the 50 metre high structure (most of which is under water). 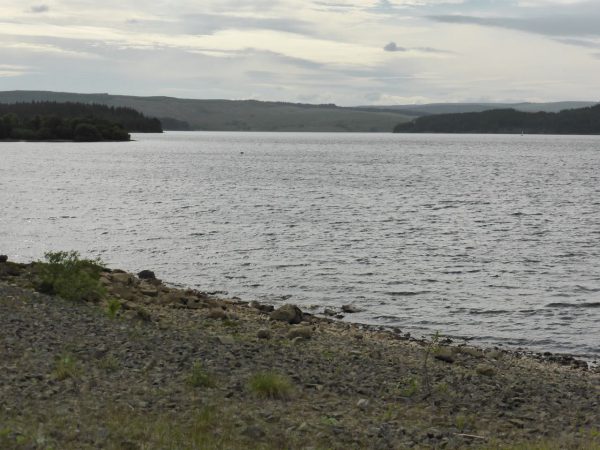 Kielder Water is the largest artificial lake in the UK and holds 44 billion gallons of water. It was constructed in the late 1970’s and was officially opened by Queen Elizabeth II in 1982, but apparently it took two more years for it to fill with water. As we drive around the lake we pass many car parks and the map shows that the area is littered with tracks and footpaths. Possibly we have just visited on a bad day and should give it a second chance sometime in the future.

Time to head back to the Unicorn and prepare to do battle with biting creatures as we barbeque supper.