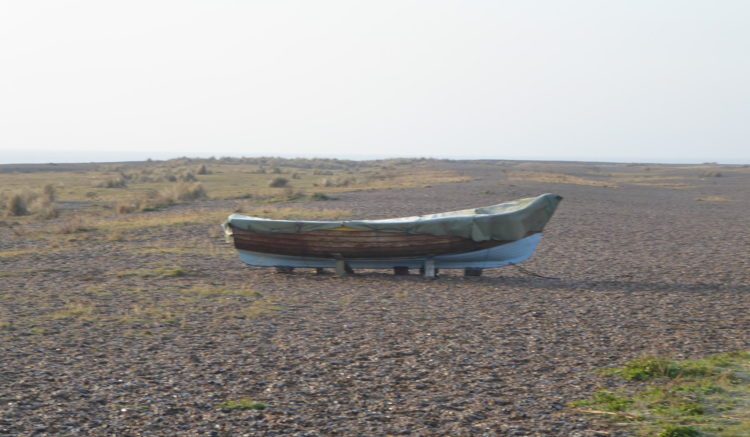 After ten days on the Cambridgeshire Fens we left Little Downham yesterday and headed east to stay at Kessingland on the coast.  We don’t usually stay on large sites because we are happy to use the facilities in the van and prefer more rural settings.  However, after days of lugging water in freezing conditions I am looking forward to having the convenience of a shower block.

After setting up yesterday evening I wandered up the road to the Sailors Arms and got into conversation with a young couple who moved to the area a few years ago.  As well as providing advice on what beer to drink I was told about a local walk around footpaths that sounded ideal for my morning stroll.

Unfortunately, I am still in semi-retirement and today I have to get my head down and do a full day’s work.  So I am up early and heading out with the dogs to follow the route described to me last night.

I leave the caravan site and turn left to walk up the road passing the Sailors Arms.  After a couple of hundred yards I turn left along Marsh Lane following it as it swings to the left and I am soon walking behind the caravan site.  Then on my right is the sewage works and on my left a nature reserve.  As I head to the end of the lane the footpath goes right to run beside a field, looking to my right I can see the top of the village church.  After a couple of weeks walking on the flat in the Cambridgeshire Fens it is refreshing to see a bit of a hill! 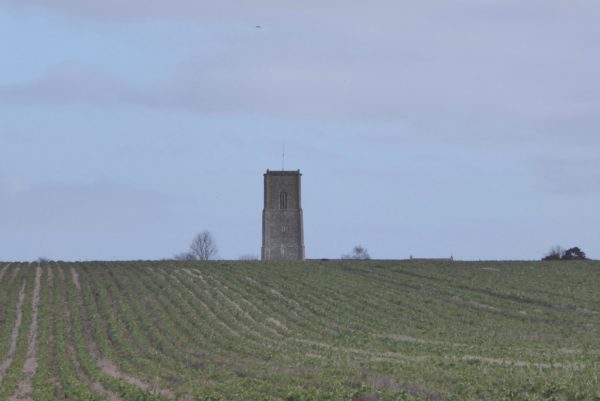 At a junction with a track I ignore the turning on the right, shown as New Road on the map, but follow the footpath markers heading straight on.  This path soon reaches a gated track, Coopers Lane, to my left a couple of wind turbines dominate the skyline. 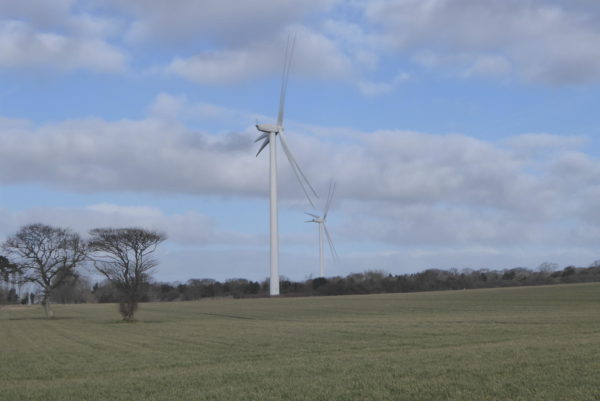 As I approach the village I turn right along a track leading behind the church and on reaching New Road Track turn left to walk to Church Road.  The route back to the caravan site is to the right, however I am making a short detour left to the church graveyard.  In the Sailors Arms last night a local was telling me about an American plane that crashed close to the village during World War II and there is a memorial stone in the churchyard. 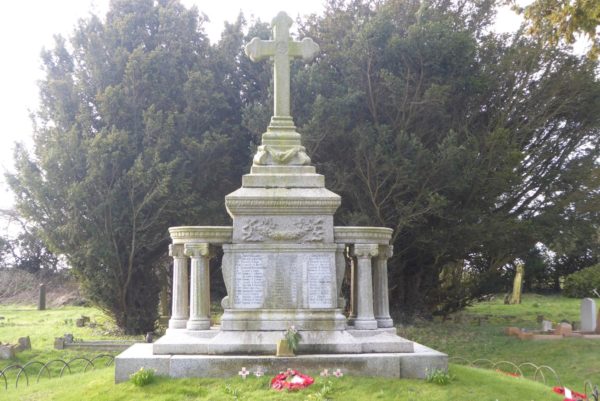 At the back of the graveyard besides the war memorial is the memorial to the crew of the American B24 Liberator 843.  On 22 April 1944 this plane was shot down by a German fighter plane when returning from a bombing mission in Germany.  It crashed to the south of the village in the area I have just been walking.  All ten crew members lost their lives.

St Edmund’s Church was built in 1436 and has a particularly large tower; apparently this is a feature of churches along the East Anglian coast as they served as beacons for ships at sea.  I am tempted to pop inside and have a look around, but I don’t want to take the dogs in and they are keen to get back for their breakfast. 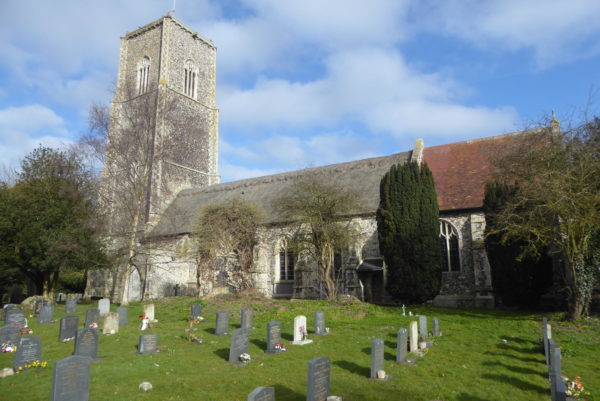 Leaving the church I turn right along Church Road and walk back through the village to the beach.  As much as the dogs like being by the sea, their thoughts are only on breakfast.  So we turn and head back into the caravan site. 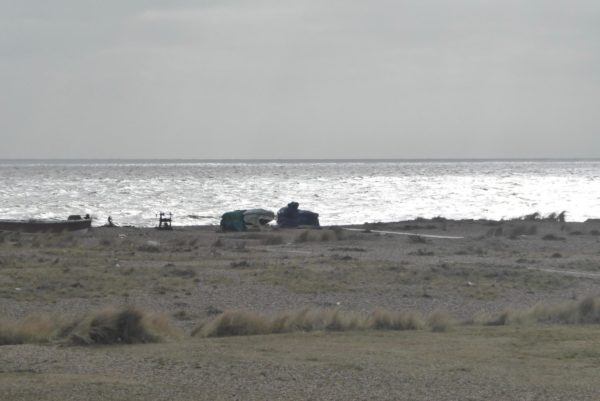 Our little stroll has covered just short of three miles and whilst not having any significant hills it has been a welcome relief from the recent flat land of the Fens.