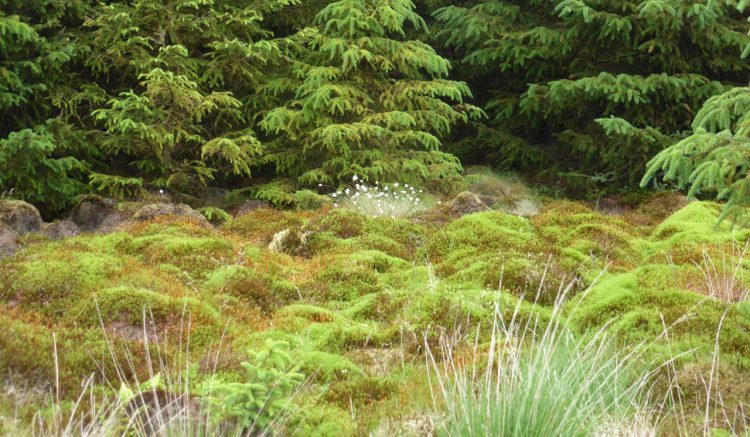 After a couple of days walking along disused railway lines I think that it would be a good idea to explore part of the Northumberland National Park just a few miles north of Haltwhistle. Our recent experience in Kielder Forest has rendered Lynnie sceptical and unconvinced at my suggestion but she is willing to give it a go.

Our drive is pleasant and our starting point is just a couple of miles above Edges Green, the last few miles are on a narrow road across open moorland. An easy journey on a fine day in July, but I imagine a real nightmare in the depth of winter.

We park beside the broad gravel road just as the tarmac road ends. Immediately, flying creatures surround the car, we don’t hang about. I have the mistaken belief that such creatures must have a home and a family, therefore, the quicker you walk the sooner they will leave you to return to their loved ones.

Our map shows that we should be walking through woodland, but such is the nature of walking in forestry areas that the land to our left (the south) has been recently cleared so we are benefitting from the sun as it peaks through the overcast clouds. 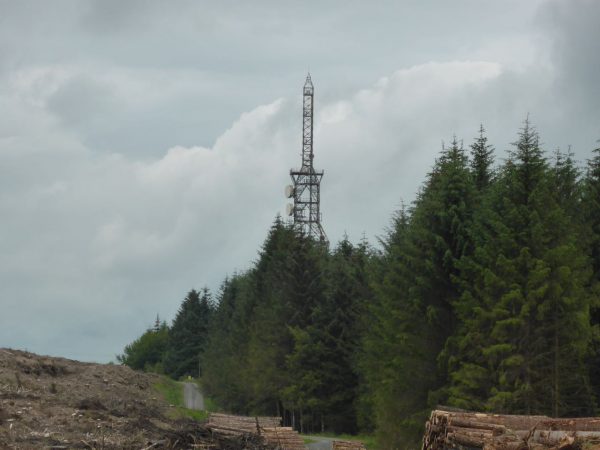 After almost a mile we reach Hopealone telecommunications mast, apparently this is a vital link in British Telecom’s network. The name of the location should have given us a clue for what might be in store on this walk.

We continue on the gravel forest track for just over another mile until we reach Hindleysteel, we have a choice of routes here and decide to take the path that leads in front of the cottages into the woodland. As we walk past a helpful local advises us that we should just follow the route through the trees. 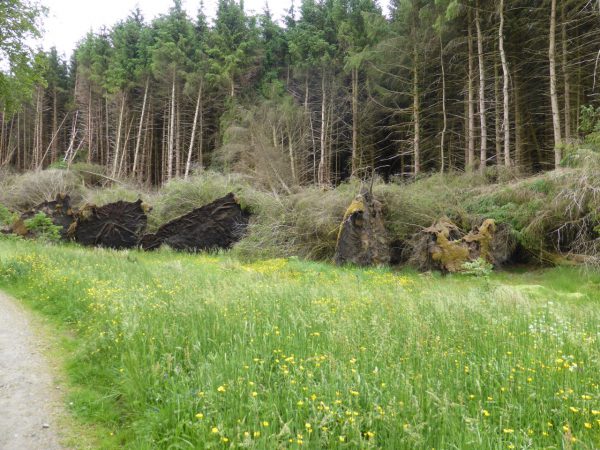 This is another of those paths in spruce woodland where it is difficult to establish exactly where it goes. Using our sense of direction and map reading skills we eventually emerge from the woods to follow footpath signs across the gravel road into more woodland on the far side. Here the route is easier to follow.

Within a few minutes we are in a broad but boggy path. It is July and there has been little rain recently but this is seriously boggy. 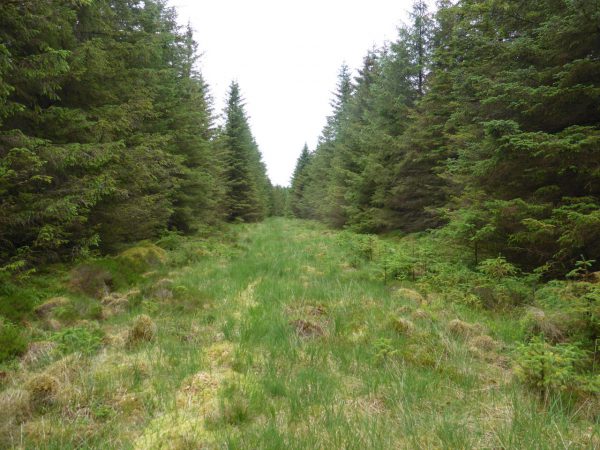 I check that I have a phone signal because I fear at any moment one (or both) of us might be up to our waist in bog. We manage to keep moving despite the feeling that we are on a thin layer of semi solid ground above water and eventually we reach firmer ground. 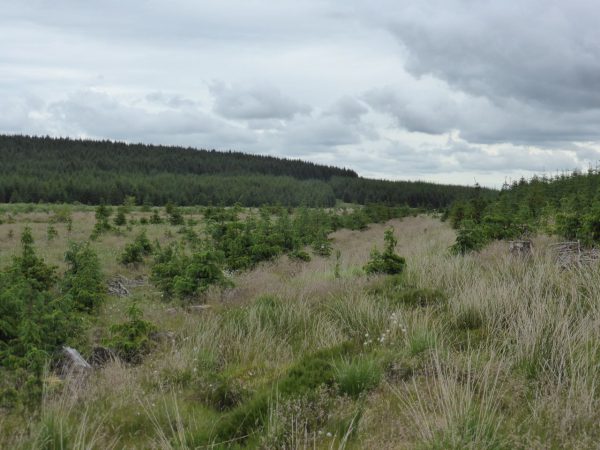 The path leads to the right and we follow this over further boggy, but less treacherous ground, for about half a mile. It feels like we have walked ten! Later I discover that when the Forestry Commission took over this area they drained much of the land but decided not to drain a 400 hectare area around Hindleysteel. It is a pity I read this after we had ventured here.

When the footpath reaches a gravel forestry drive we unanimously vote to change our plans and walk along the track. So we turn left and amble along. The views are pleasant as the land here has been cleared of trees, it is not the usual woodland walk.

After five hundred yards there is a junction of tracks, we turn left to follow a track as it winds its way to a tarmac road at Watch Hill. Here we take another left joining a forestry road that after three quarters of a mile becomes a track.

We pass Grindon Green with its disused farm walls. Apparently this farm was thriving until the 1960’s when the Forestry Commission took over the land and evacuated and re-housed the residents. There is not much left of the farm now. 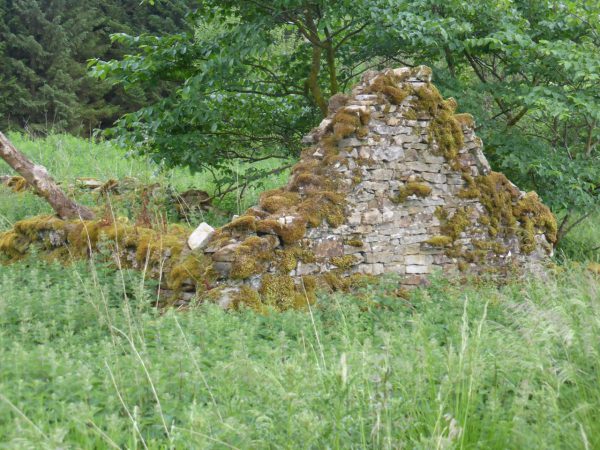 I later read stories of a ghost that supposedly haunts the old farm, it is an eyrie place and whilst uncertain of the existence of ghosts I would not want to spend a night there.

The track is easy to follow as it undulates, always slightly climbing, we pass Buck Bog and then we have more of an incline as we head back towards the car. Our wander has covered just over seven miles.

Scottish outlaws inhabited the area that we have walked in today in the 14th Century and beyond. Many battles were fought around here and reportedly the Scottish sought refuge here because the Tyndale law-keepers would not venture onto the boggy land with their horses. I can understand why the Tyne people would come to that conclusion. We have ventured here today and are unlikely to return! 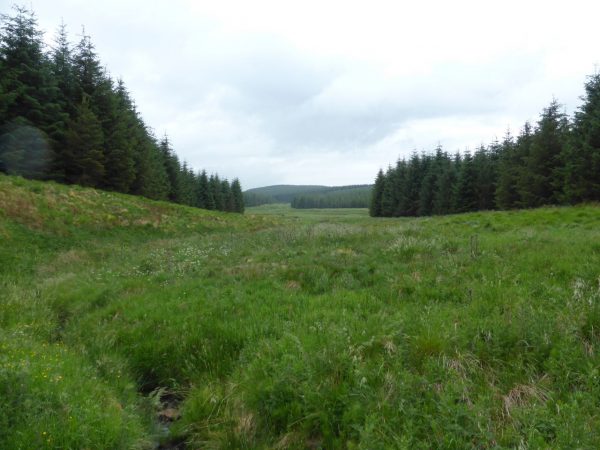 It is time to head back to the Unicorn and pack up as we are on the move tomorrow. Our next destination is a few days Settle, I can’t wait!