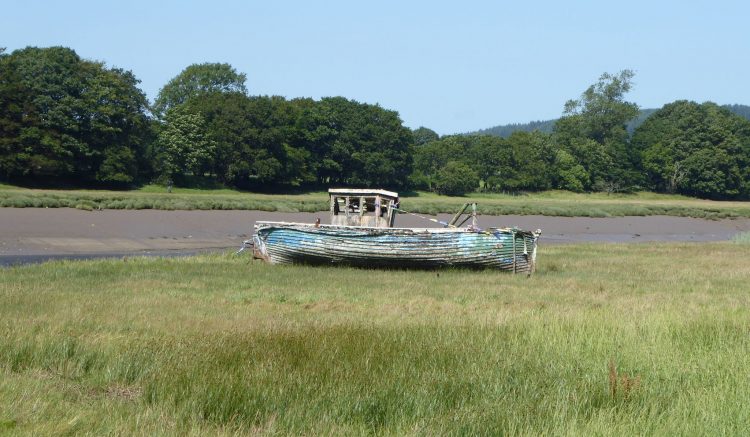 We have reached the final day of our stay at Landis Farm CL and have decided to visit nearby Kirkcudbright, which, we have heard is an interesting town.  Lynnie has identified a historic property she wants to visit and I have planned a walk taking me to a hydro power station.

We park in the main car park in the centre of the town.  I am pleasantly surprised to find that this is free parking.  We head in separate directions with Lynnie going off to Broughton House whilst I start my walk by heading to the bank of the River Dee and turning right alongside it.  I cross the main A755 by Kirkcudbright Bridge and continue along the path besides the river. 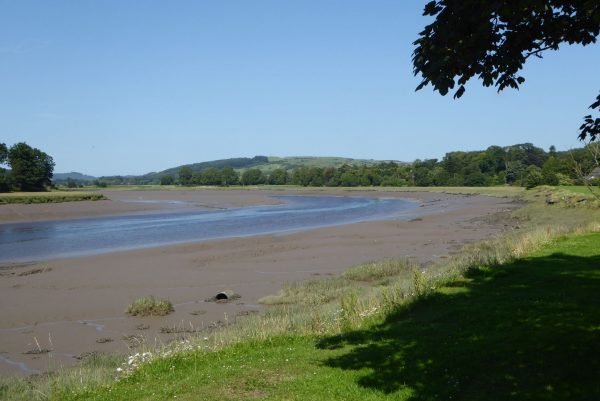 Soon the path enters a park area and I continue by the river, the path leads to a wooden footbridge that I cross before turning left along the clear path on top of an embankment.  It is low tide and the mudflats of the tidal River Dee are exposed.  This is obviously a great habitat for wildlife. 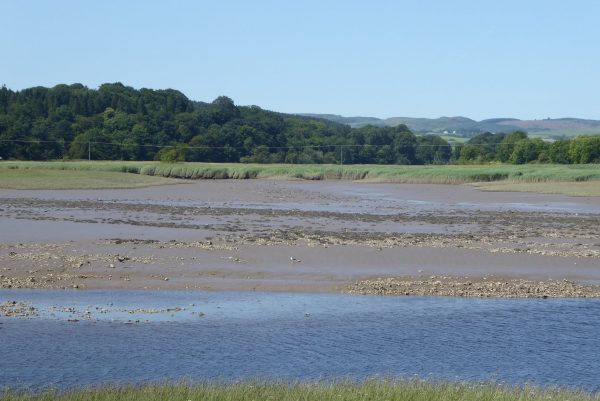 Soon on the opposite side of the river is the grand Cumstoun House that was built in the grounds of the ruined Cumstoun Castle in the early 1800’s. The castle is not visible from here but dates from the early 16th Century. 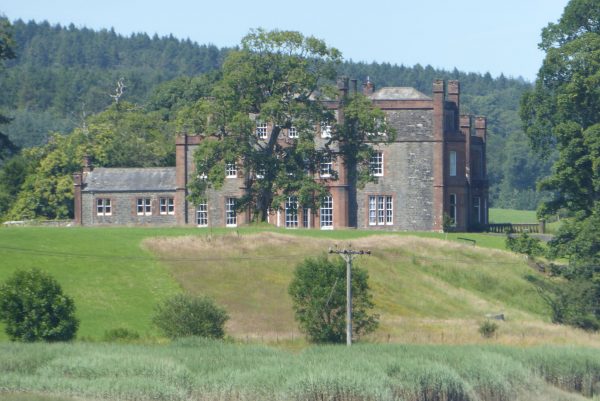 The path now enters some trees, climbing above the river to reach the A711 by the Tongland Bridge.  In 1803 bridge construction started here, but the span proved difficult and was washed away in floods.  Thomas Telford was then commissioned to build this bridge completed in 1808. Apparently at this point the tidal river rises by six metres so the bridge needs to be substantial. It is a magnificent sight with its castellation. 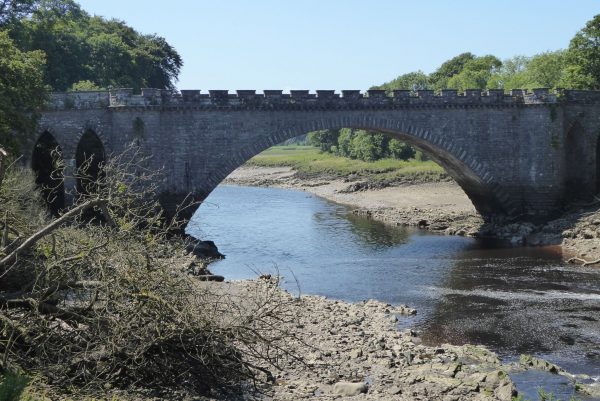 I cross the road to join the footpath opposite which enters pasture, it soon heads under the arches of a former railway bridge. 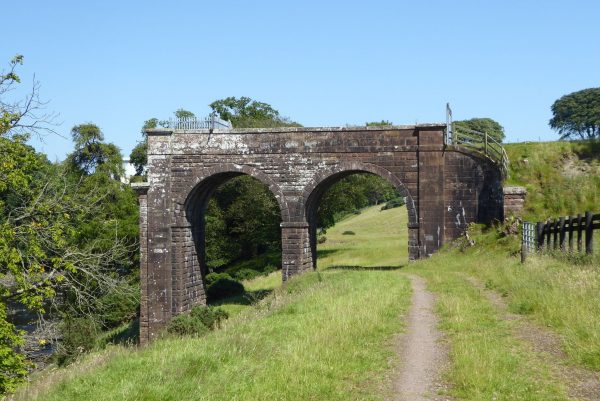 Very soon the imposing Tongland Hydro-Electric Power Station comes into view on the opposite bank.  This is one of a series of hydro power stations in Galloway.  Built in 1935 in a wonderful Art Deco style it demonstrates that practicality does not always need to be ugly. 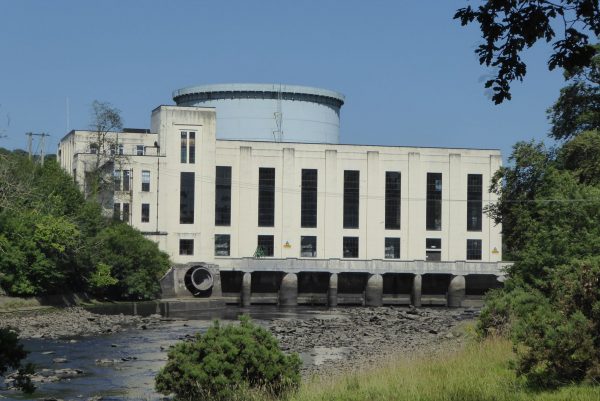 I keep to the path close to the river and go through a gate into woodland.  This climbs above the river reaching a minor road by the Old Tongland Bridge.  I turn left here and walk along a minor road passing houses in the village of Tongland.  Leaving the village I come across an old industrial building.  Such buildings always intrigue me; this is the former Galloway Car plant. 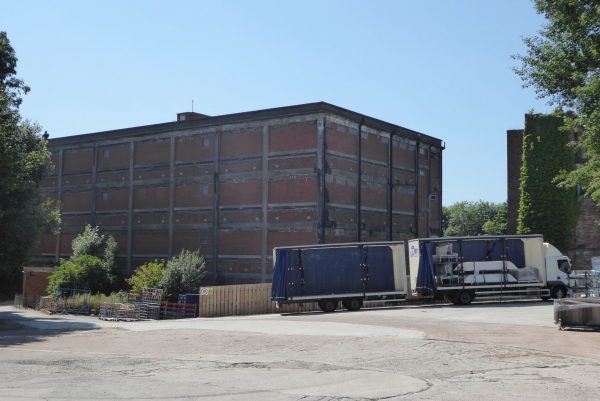 It was originally an aero engine plant for Arrol-Johnston, but when faced with closure the manager Thomas Pullinger, was persuaded by his daughter Dorothee to keep the factory going as a car plant to provide local employment.  (A girl after my one heart.) She developed a workforce that was predominately managed and staffed by women.  There were specific apprenticeships tailored for women, shorter than for men, because they learnt more quickly, and the “Galloway” cars were advertised as “a car made by ladies for others of their sex”.  Apparently, the factory had two tennis courts on the roof.  The factory only produced a few hundred cars and closed in 1923 when production switched to another site.

This is the type of industrial history that I love; I had no idea about this and could have easily passed the site without a second glance.  After the cessation of car making the building was used for silk manufacturing and now appears to be a distribution centre.

I continue up this road hoping to cross the dam at Tongland Loch. The dam was built with two water turbines to provide power for the factory.  I stroll along in the sunshine and at a cottage on the left take a lane leading to the dam.  Unfortunately, there is no access across the dam so I have to retrace my steps to Tongland Old Bridge.  Some might consider this a wasted detour, but I have enjoyed the country lane and finding the old car factory.

Back at Tongland Old Bridge, built in 1737, I cross the river. 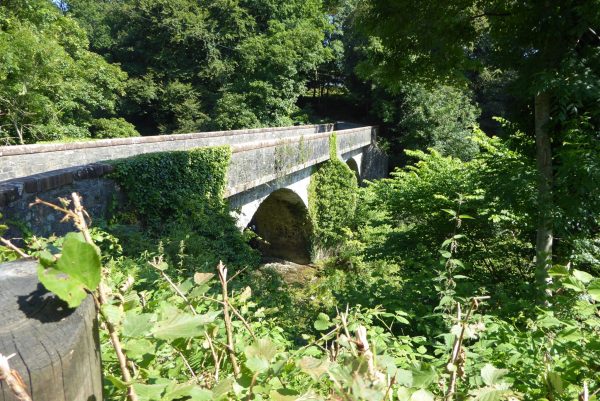 Following the road I head to the Hydro-Electric Power station.  This really is a wonderful bit of architecture. 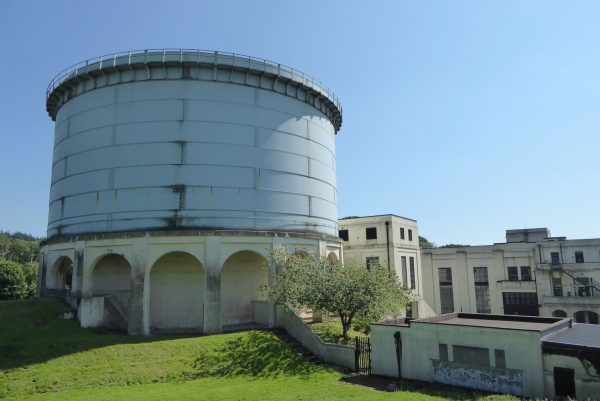 On reaching the main A762 I turn left walking along the pavement past the main entrance to the power station.  There is a visitor centre here, I will have to return with Lynnie on another trip and have a look around it must be fascinating.  I continue on down to Tongland Bridge and before crossing stop to look at the cracking old Bridgend Cottages. 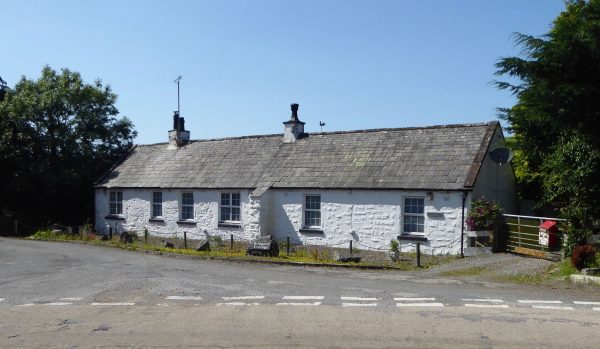 After crossing the bridge I turn right to retrace my steps back to Kirkcudbright.  The tide is coming in which gives a different perspective to the view.  This is lovely spot. 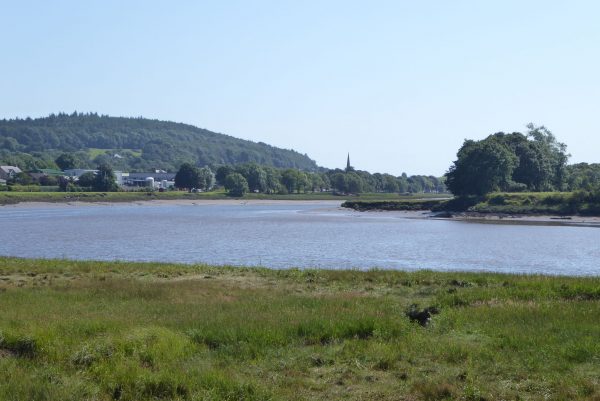 Back in Kirkcudbright I meet up with Lynnie who tells me about her visit to Broughton House managed by the National Trust for Scotland and dedicated to E A Hornel’s life and work.  The Scottish artist E A Hornel, one of the “Glasgow Boys” purchased this Georgian house in 1901 and made it the Edwardian home of him and his sister. It was also his studio and displays many of his and his contemporaries’ works. He liked to travel and gain inspiration for his paintings and was also an avid collector. 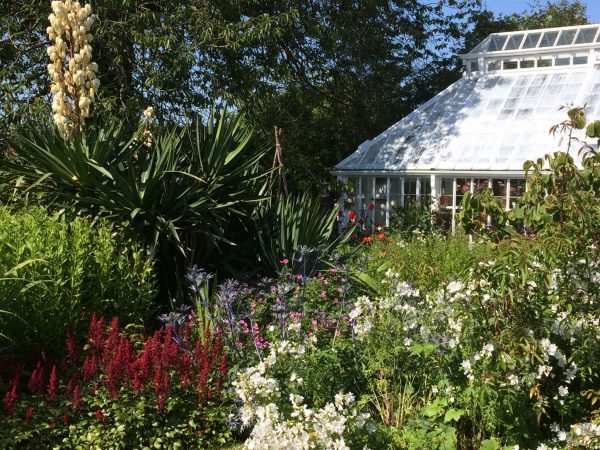 Lynnie enjoyed looking around the house but realised she wasn’t a huge fan of Hornel’s later works which form the bulk of the artwork on display. However, she was blown over by the beautiful garden designed by Hornel and his sister and greatly influenced by their travels in the Far East. 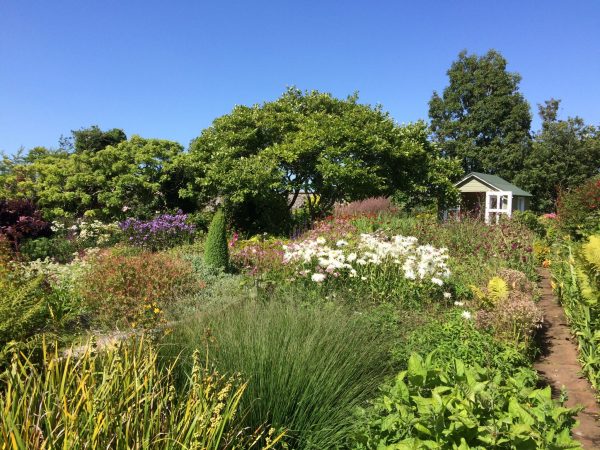 We then take a stroll around town.  By the harbour is the evocative 1994 wooden sculpture by Charles Easterfield “In memory of Loved ones lost at Sea”. 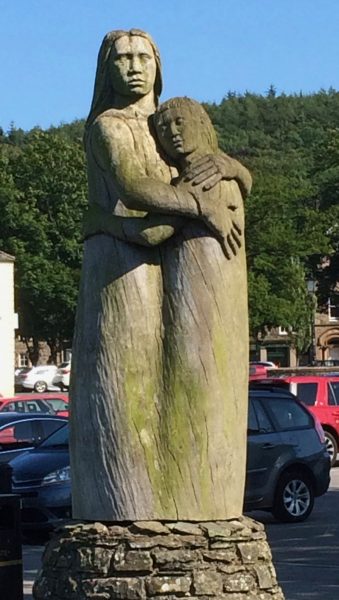 We pass the war memorial in front of MacLellan’s Castle. 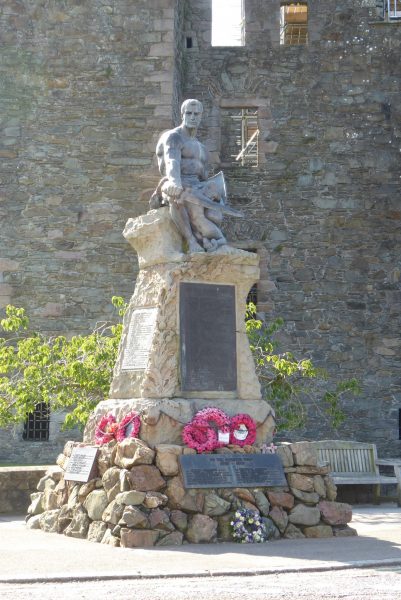 Thomas MacLellan started work on the castle in 1577 after being given the site of the old Greyfriars Monastery in 1569.   The building work was completed in 1582, although it is reported to have never been finished.  The MacLellan’s lived in the castle until 1752 when it was said to be in a poor state of repair.  It belonged to the Earls of Selkirk from 1782 to 1912 and is now maintained by Historic Scotland. 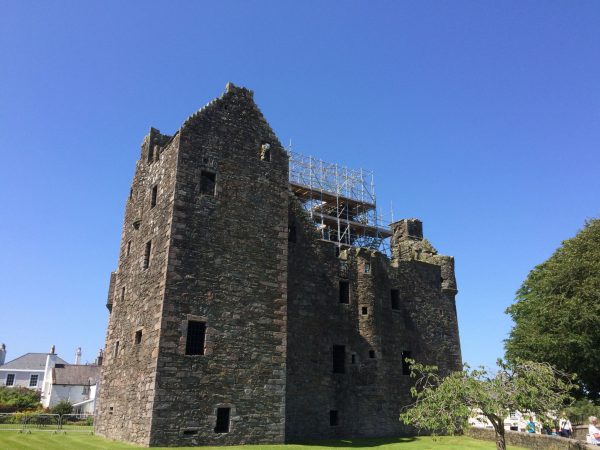 We then wander along the High Street to the Tolbooth Art Centre, this 17th century building previously served as the Town’s Council Offices, Burgh and Sheriff Court and Prison.  It is reported that the American Naval officer, John Paul Jones was imprisoned here. 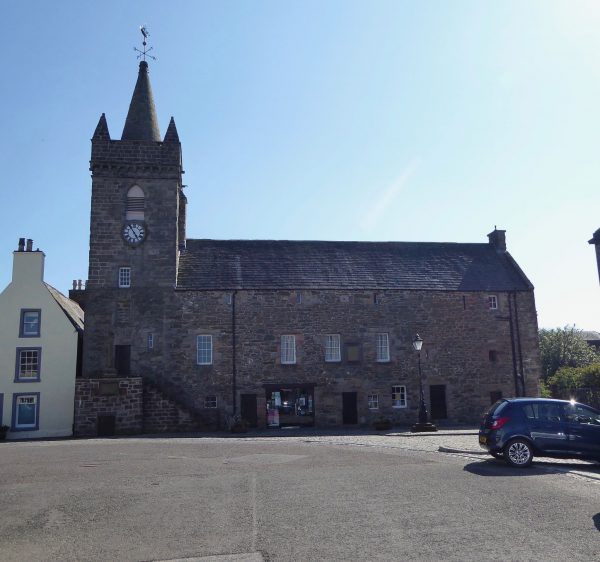 In front of the building is a stunning old water fountain, which spouted water from the mouths of suns.  The inscription below notes the introduction of fresh water on 23rd March 1763, it reads:

This Fount – not riches – Life Supplies;

Saint Cuthbert’s Sons who purchased this. 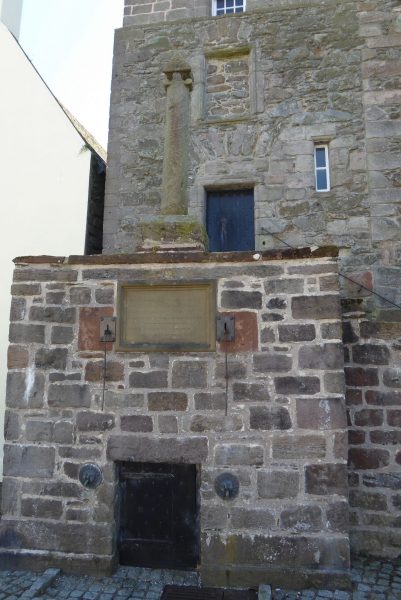 There is a lot to see in this town, but we are on the move tomorrow so cannot linger, but we are keen to revisit this area and spend more time in Kirkcudbright.

Back at Landis Farm I decide to take a look at Colin’s collection of old farm machinery.  I have seen various bits and pieces during our stay but have not ventured into the barns to look at his tractors.  This small collection is a real cracker.  Blog readers will know this sort of collection fascinates me and I spend half an hour looking at the tractors and how they evolved for different work. 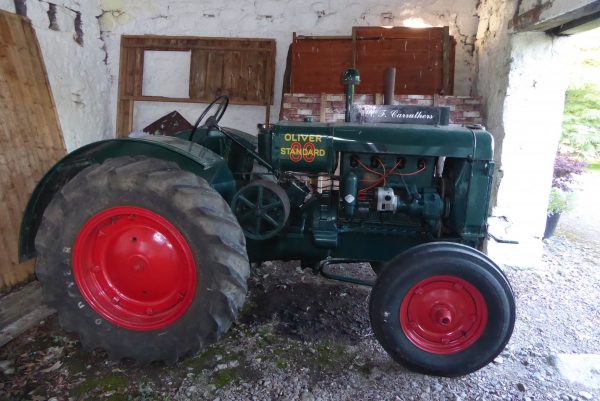 As a nipper the first tractor I drove was Jack Judd’s Fordson Major and Colin has exactly the same tractor.  It brings back happy memories, Jack was a special man and a great friend, although sadly long departed he is never far from my thoughts. 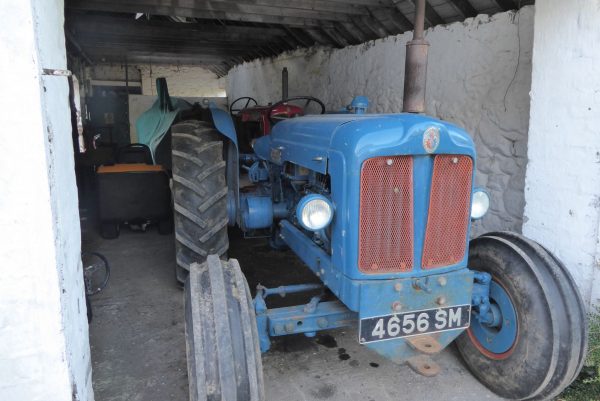 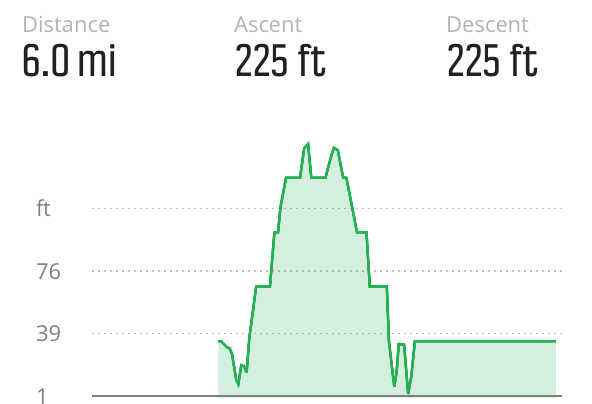