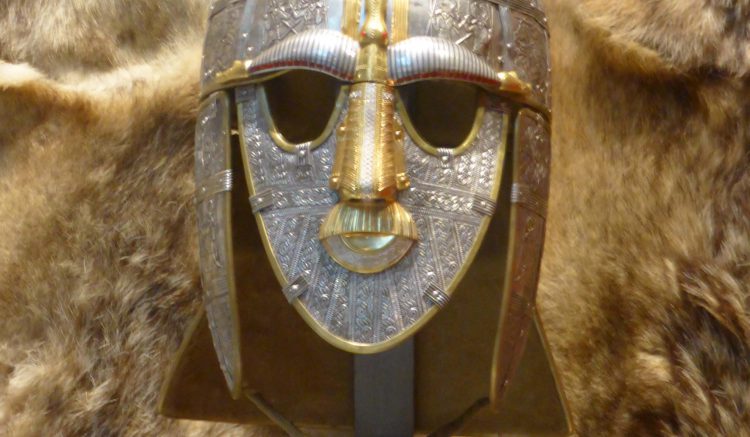 We have had a rainy night and there is further rain forecast for the day. I take the boys out for an hour on our now usual route from the CL. After catching up with a few things around the Unicorn, including a few overdue blogs I pop to Waitrose in Saxmundham to make use of their free wi-fi to upload blogs and do some shopping, it all takes longer than I anticipated and is a bit frustrating.

Returning to the Unicorn Lynnie senses my frustration and decides that I should have a treat and take a day off from serious walking. I am not sure how this is a treat, however, we are going to make use of our National Trust membership and visit Sutton Hoo on a grey afternoon.

Sutton Hoo is an interesting place. A combination of an ancient burial ground and access to the Arts and Crafts Tranmer House, partly furnished as it may have been in the late 1930’s. We start our tour at the exhibition hall housing original artifacts and replicas of the objects from the time of King Raedwald in the 6th and 7th Centuries.

King Raedwald was the Anglo-Saxon ruler of East Anglia and the large burial mound is where it is believed he was buried in an upturned boat. This was a large boat. Not as big as an Isle of Wight ferry, but much bigger than the Butley Ferry. He had plenty of space in his boat to take all the possessions he would need in the next life, including pots and pans. Why would a King need pots and pans?

There are many amazing things here, we are particularly struck by the intricacy of the decorative artwork on the inlaid buckles, purses and shoulder clasps, plus the incredibly detailed engraving on the helmets. The exhibition is not large, but interesting to all ages and well put together.

We then walk out to the burial mounds all of which have been excavated. In medieval times and then the 16th Century looters dug into some of the mounds to extract the treasures. Fortunately not all.

In 1910 Tranmer House was built not far from the burial sites. In 1926 Colonel Frank Petty, a retired military officer purchased the house, he died in 1934. His widow Edith Petty was a believer in spiritualism and decided to have the mounds excavated. She enlisted the services of Basil Brown, a self taught Suffolk archaeologist.

Brown began by excavating some of the smaller mounds finding limited artifacts as they had previously been looted of valuables. In May 1939 he started work on the largest mound, here he discovered the boat and all its treasures. After the full extent of the find was revealed there was a treasure trove inquest and it was determined that the artifacts belonged to Mrs Petty. She in turn bequeathed the treasure to the nation. 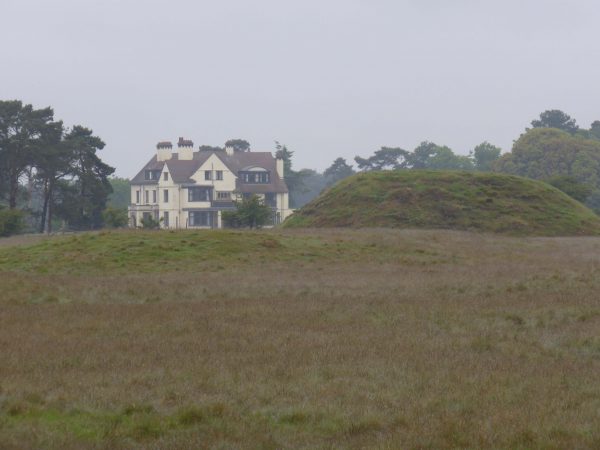 We then take a look inside Tranmer House. There is a refreshing approach to visitors. The guide who greeted us explained that we are welcome to touch things and sit in any of the chairs. The house has no garden, a deliberate plan because it was considered the abundant rabbits would destroy any plants.

We return to the Unicorn and decide that I will go off walking with the dogs and Lynnie will have a relaxing hour or so. Everybody is happy, except Dexter who appears to think that he should also be allowed to stay at the Unicorn with Lynnie.

The evening is rounded off with a trip to the Dolphin at Thorpeness, busy on a bank holiday weekend. It is an Adnams pub and I opt for a pint of Southwold Bitter, it is not much better than the Gunhill I had the previous day at the Eel’s Foot. Either Adnams is not to my taste or I am going off beer all together. I am sure to find out when we get to Settle in a couple of weeks. I can hardly wait for a pint of “good old fashioned beer with lots of foam”.