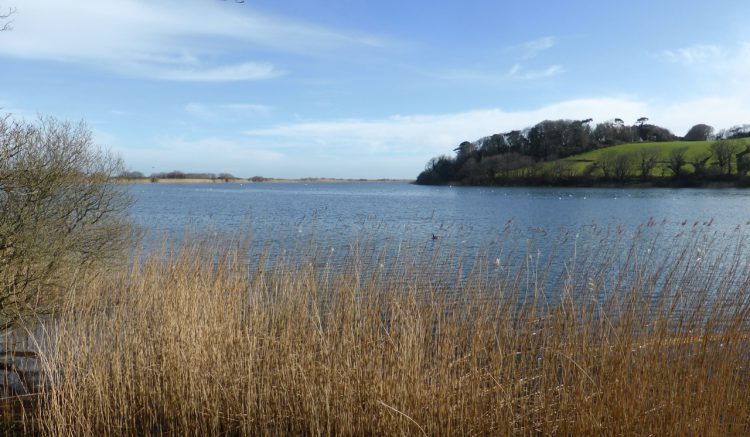 When we planned our current tour of Devon there were a couple of things that were must do events. For Lynnie it was ensuring that she consumed a quota of Hocking’s Ice Cream, for me it was a trip to Slapton Sands.

We visited Slapton Sands many years ago when young Fred was a wee nipper and Lolly was only a few months old. At the time I did not fully understand the significance of this part of South Devon to the outcome of World War II. After our visit my interest was kindled and subsequently I have read bits and pieces. So with my limited knowledge I want to revisit to try and get a wider appreciation.

We head off from Coldharbour Farm, I take a glimpse at the map and Lynnie enquires if I know where we are heading. Of course I do! We end up in Salcombe, rather than Slapton. Lynnie sits quietly not mentioning that we are in the wrong place, but has stored this in that special place in her memory bank to bring out the next time I am provided by wrong directions by my navigator.

Eventually we arrive at Slapton, what is wrong with doing a mystery tour of Devon? The starting point for our walk is the car park on Slapton Sands at the north end of Slapton Ley.

The smell of the beach puts a spring in the step of the boys, and the sight of a tennis ball really gets their attention. 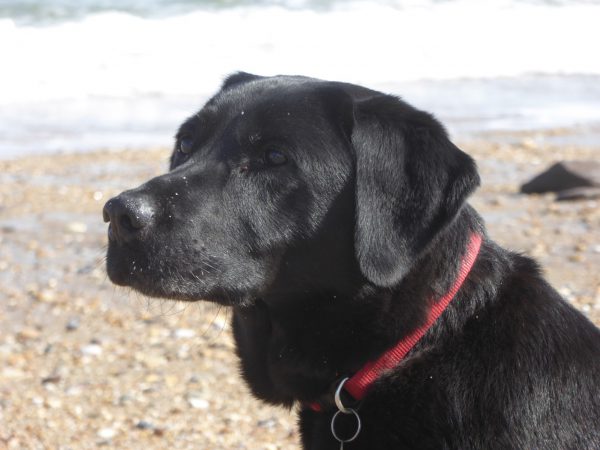 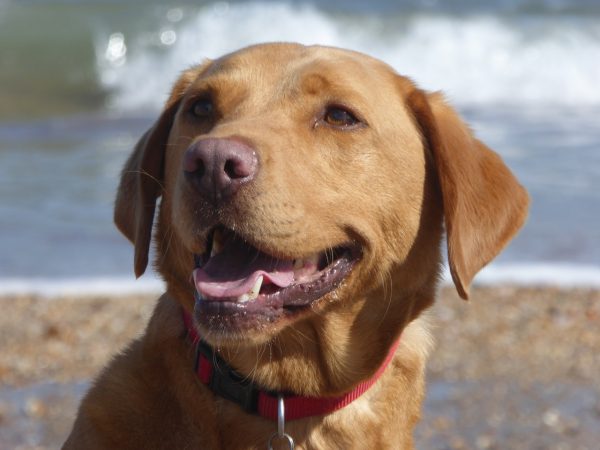 This is a cracking beach and there is hardly anyone about. We wander along enjoying the spring sunshine, Dexter has always enjoyed being on a beach but is not too interested in the water, whereas Crosby loves to run in the shallow water, and like a child, run from the breaking waves. 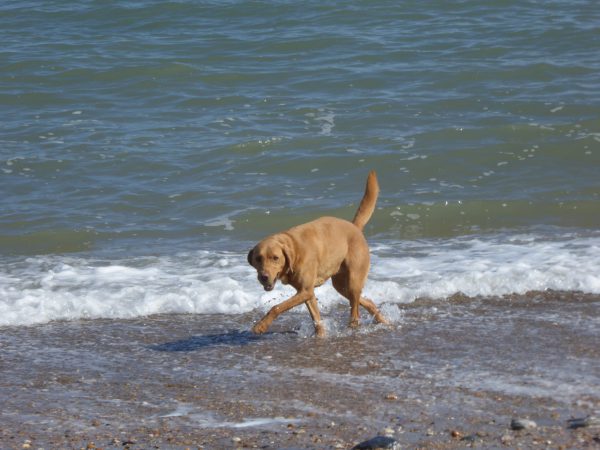 At Torcross the seafront homes are boarded, later Will from Coldharbour Farm CL tells us that during last week’s storms the waves were breaking over these houses and sending Starfish onto the road. 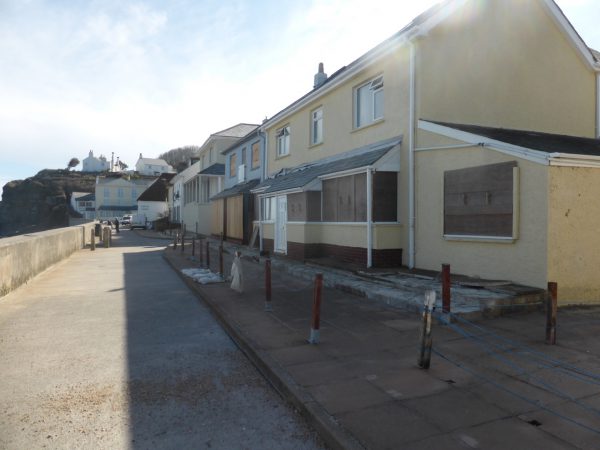 We now turn inland and walk on the path that runs parallel to the beach and the road along the side of Slapton Leys. At the end of Slapton Leys is an American Sherman tank that is a memorial to the men that lost their lives in the major disaster that occurred off these shores in Lyme Bay. 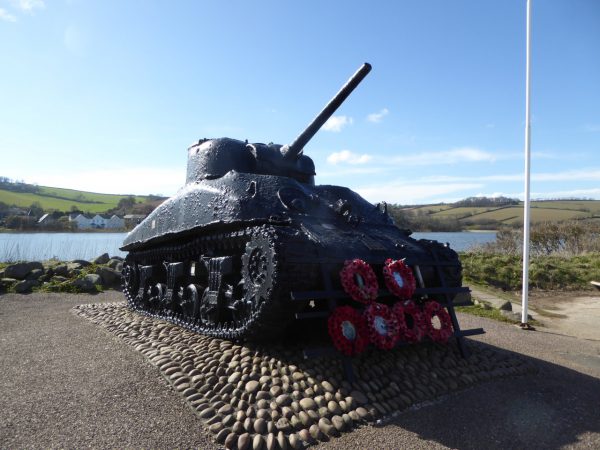 During World War II this shorefront and surrounding area was taken over by American Servicemen. It was chosen because Slapton Sands closely resembled the beach at ‘Utah’ where the Americans would land on D Day in June 1944.

Operation Tiger was planned as part of a series of landing exercises for the D Day landing and was due to last from 22nd April to 30th April 1944. The whole D Day preparation was so secret that the local population living in the surrounding areas were moved out in late 1943.

General Eisenhower decided that in order to make the exercise as realistic as possible thousands of troops should land on the beaches under ‘live-fire’. In the early hours of 28th April a flotilla of ships left Plymouth bound for Slapton Sands. On the way they encountered, by chance, nine German S-boats.

The aftermath was horrific with hundreds losing their lives; to compound this, still more (around 300) were killed by the live fire from their own forces. It is now reported that 964 men tragically died that night. Of course at the time it was highly confidential and it was years before the full story emerged (we trust that the full story has been told). There are umpteen reports and those with far greater insight than I will have commented on this. But I find the whole thing difficult to comprehend. In particular, at what point does a General think it is a good thing to fire live ammunition at his own troops!

It is hard to visualise what this area must have been like seventy years ago, now it is a stunning shingle beach, with a nature reserve on Slapton Leys. In a slightly reflective mood we head back towards the car park, but this time walking beside the Leys and spotting the wildlife. 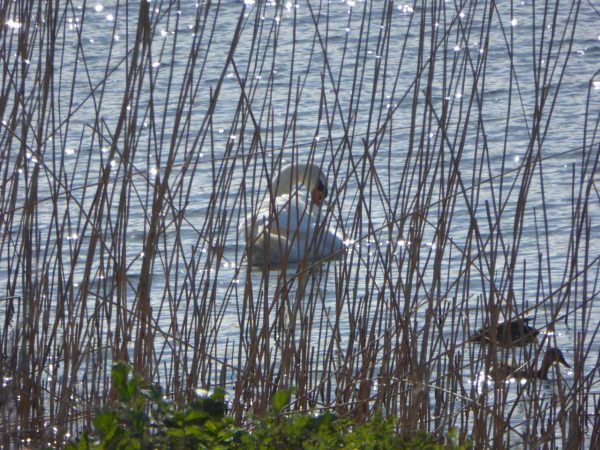 We pass the car park and then turn left to cross over Slapton Bridge, within a hundred yards we take the footpath leading along the shore of the Ley. There are plenty of photo opportunities here so progress is steady.

At a junction of paths we go straight ahead eventually coming to a lane where we turn left to head into Slapton, passing the Slapton Ley Field Study Centre on route. 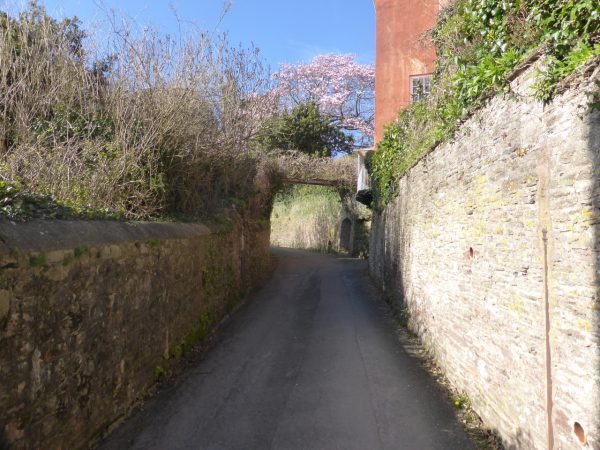 We amble through the pretty village of Slapton, wandering up the lane towards the Tower Inn to take a look at the tall square tower that stands behind it. Apparently this is all that remains of a college for chantry priests, established in the late 1300’s, the rest of the college buildings were destroyed at the Dissolution of the Monasteries. 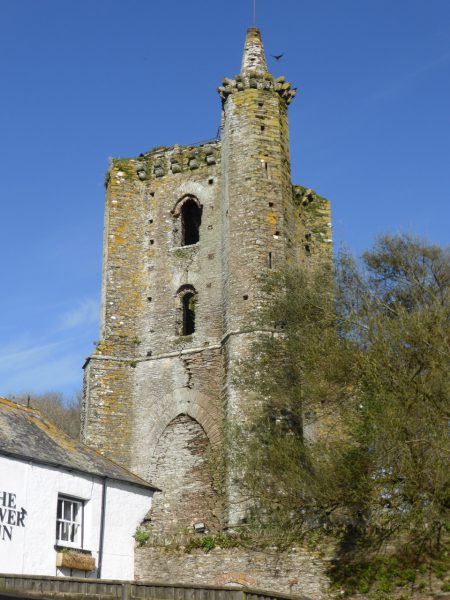 After ambling about a bit we pick up the footpath that leads back to the Leys, just after passing the sewage works (we visit all the best places) we turn left at a junction of paths to walk across a raised walk way. This brings us back to the path running besides the edge of the Leys to Slapton Bridge.

After crossing Slapton Bridge we make for the beach side of the road to look at another memorial for those that lost their lives preparing for the D Day landing. 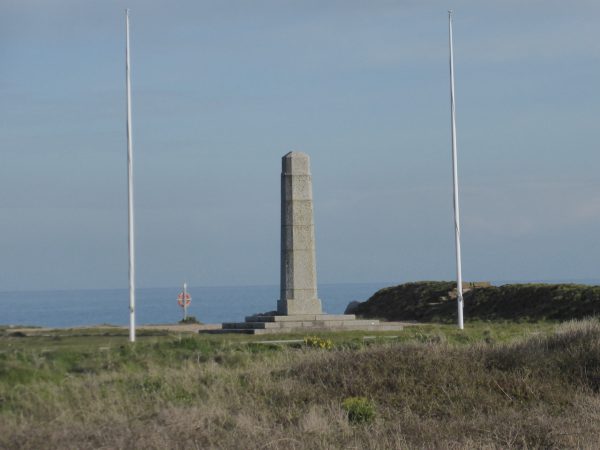 My Suunto Traverse says that we have covered just short of six miles, it has been a pleasant but thoughtful wander. Time to return to the Coachman for some refreshments.