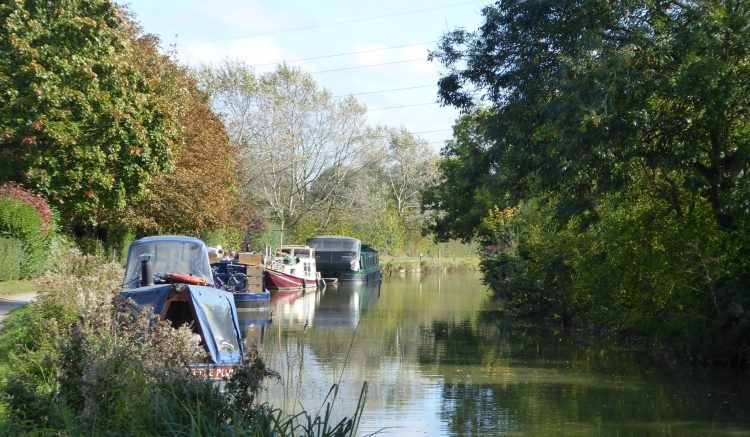 It is the final day of this brief trip to Rode and after yesterday’s excursion to the Mendips we have decided to stay closer to the site today and make the short journey to Bradford-on-Avon for our walk.

Parking in the Canal and River Trust car park we start our walk by heading down to the wharf and joining the tow path.  Today we turn left to walk south away from Bradford-on-Avon. The initial section has housing close to the towpath and we pass the back of an industrial estate on the opposite side of the canal. After going under an ugly concrete bridge we start to get into more open countryside. 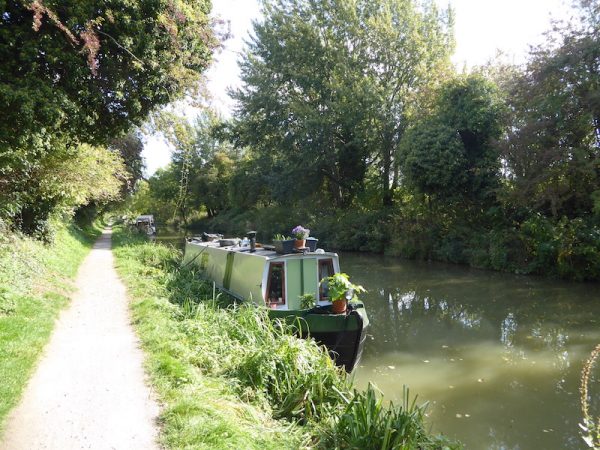 After about a miles walking we reach Widbrook Marina. 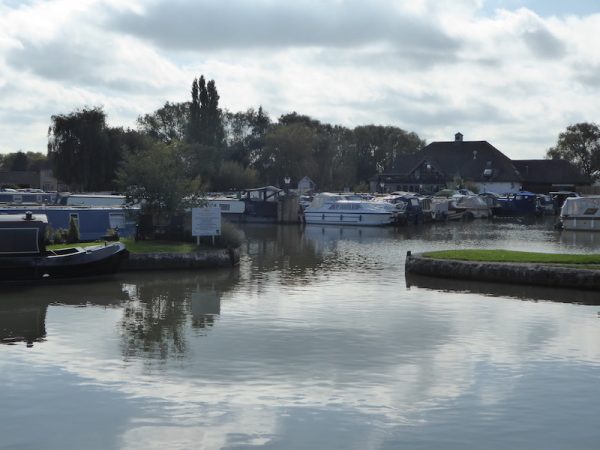 This is an interesting spot, because it was here that the Dorset and Somerset Canal (D&S Canal) was to have joined the Kennet and Avon Canal. When planned the D&S Canal was to link the English Channel with the Bristol Channel and go from Poole Harbour via Wareham, Sturminster Newton, Wincanton and Frome to this point.  Sadly, despite an Act of Parliament and the project starting in 1786 it struggled for financing and by 1803 the money had run out and the canal was never completed.

We are now walking along a very attractive section of canal, despite it being early autumn the trees have kept their colour and in the sunshine this is a cracking spot. 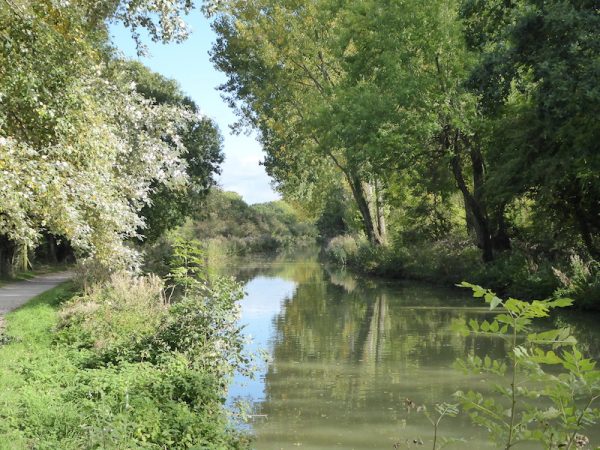 Soon we reach the Hilperton Marina, which is the base for a boat hire company.  The modern building has moorings beneath and the boat lift has hauled a barge out of the water for maintenance. 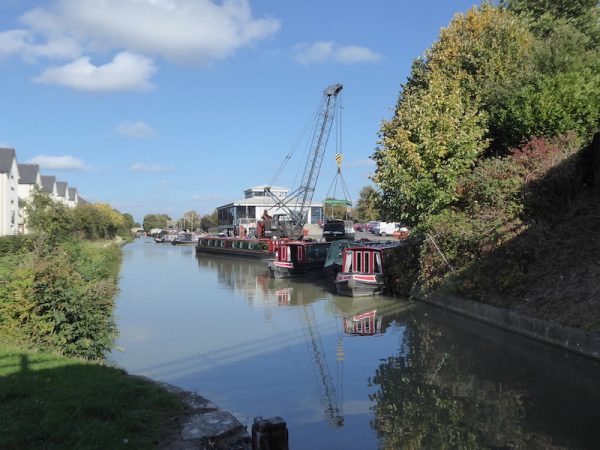 A few yards further up on our left is Staverton Marina.  Here relatively new homes surround the barge moorings. 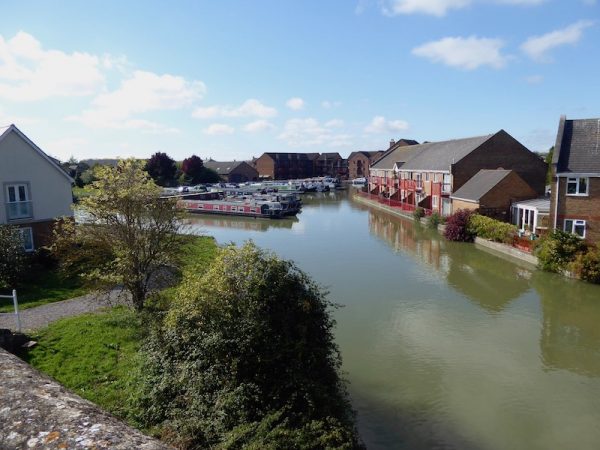 After leaving Staverton the canal cuts through fields on either side.  It is very tranquil along here, with a few moorings that look pretty permanent.  I assume living on the canal would be quite restful. 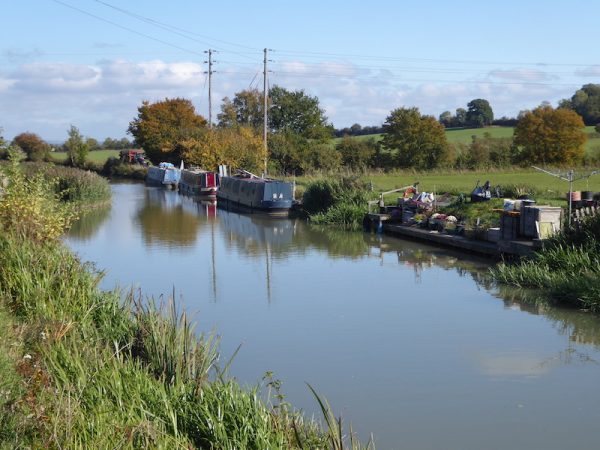 After close to five miles walking we reach the swing bridge at Semington. 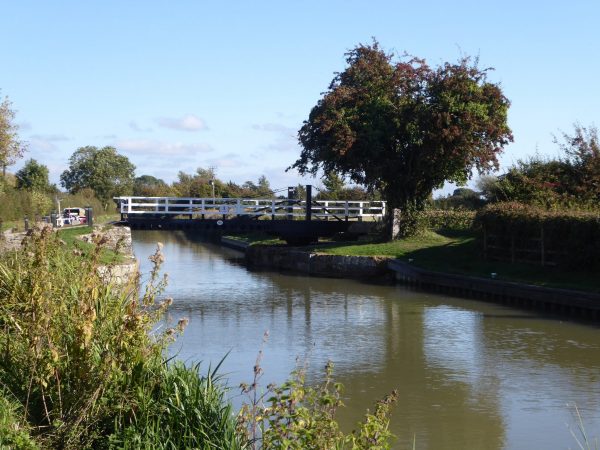 Here we cross the bridge and leave the towpath to follow a track heading south.  At a junction of paths we turn left and then at a footpath on the right we leave the track and head south again to reach another lane.  Dominating the view is a building built in 1836 as Trowbridge and Melksham Union Workhouse.  From 1948 to 1988 it was known as St George’s Hospital and provided care for the mentally handicapped.  In 2003 it was converted into housing. 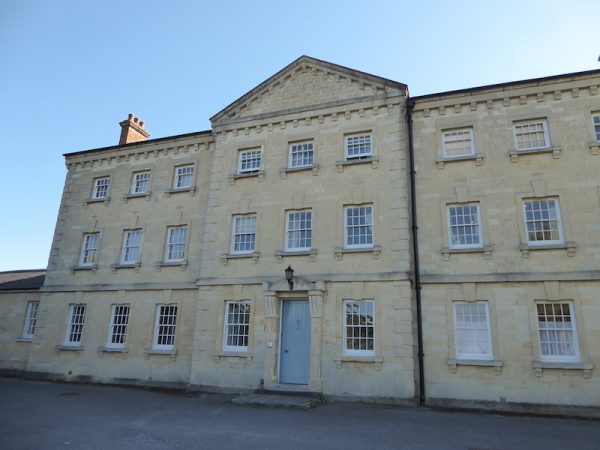 I am sure this is a pleasant place to live now, but I would struggle to settle in such a place thinking about the sorry lives of the previous residents.  We turn away from the old hospital and head east along the track toward Hilperton. 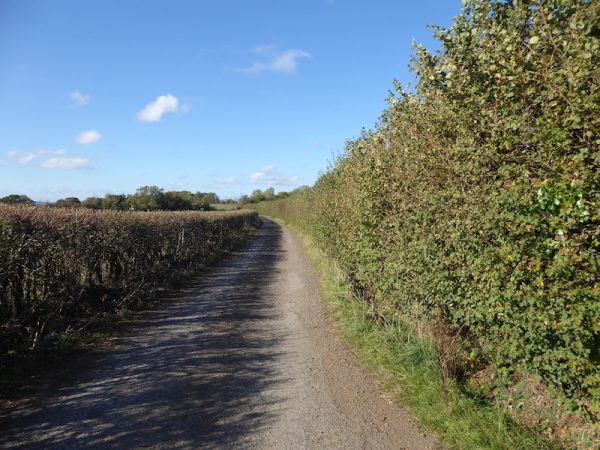 At the end of the lane we turn right and after a short distance turn left along Whaddon Lane.  On reaching the war memorial and 18thcentury limestone village lock up, known as the Blind House, we turn right to take a lane, The Knap, besides the church. 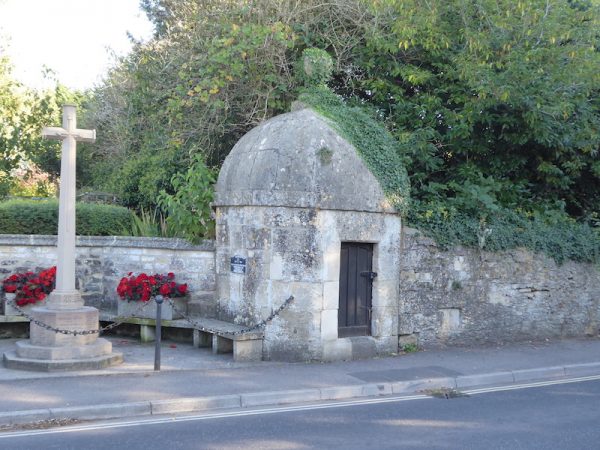 Following the lane we cross the B3105 and carry on into Trowbridge along Middle Lane which leads into St Thomas’ Road then into Union Street before turning left into Church Street and right along Church Walk. 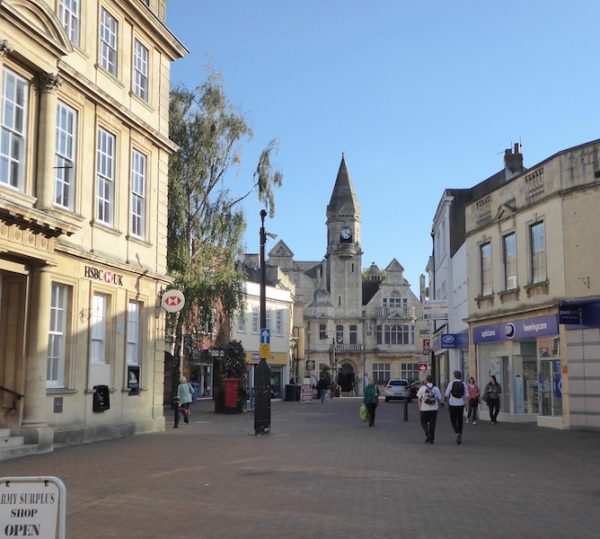 We head out of the town centre towards the Railway Station going down Fore Street and then Wicker Hill.  Near the River Biss we pause to look at the handle house adjacent to the old cloth mill. The handle house, made of perforated brick, was built to store the teasels used in the cloth industry. 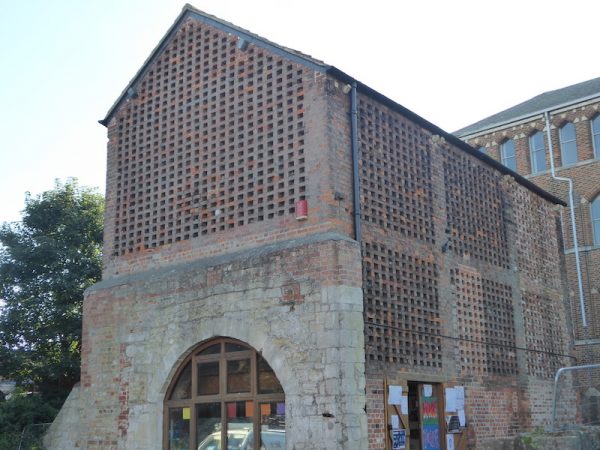 I have not previously wandered around Trowbridge and was unaware that it was so interesting.  By the river is the town lock-up, this one is also known as the Blind House, it was built in 1757 but damaged in riots in 1826. Apparently the riot was caused by one Nathaniel Pearce who liberated a prisoner by pulling down and demolishing the guardhouse.  In 1942 a World War II bomb blast damaged the Blind House. 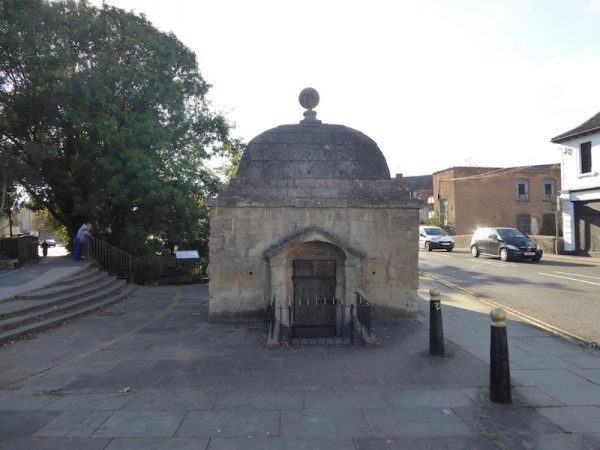 We leave by crossing the Town Bridge which was built in 1777 and is a fine structure. 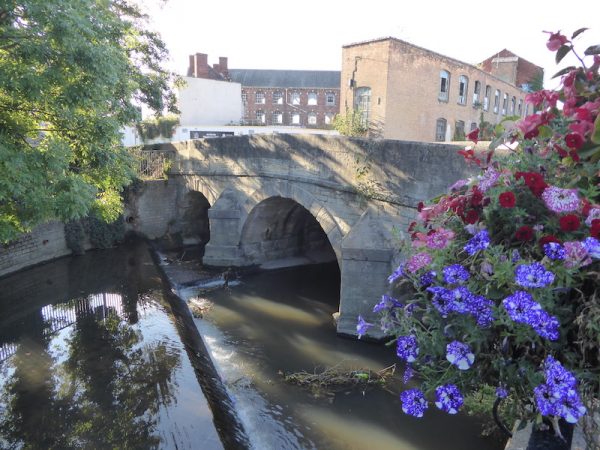 We turn into the entrance of the railway station and then take a footpath running behind a pizza and kebab takeaway.  It is a fenced path running besides the railway line and to be honest this is one of the least attractive sections of any walk we have done.  The route follows the railway and is strewn with litter and then alongside an industrial estate before reaching the canal.  We cross and turn left to head back towards Bradford-on-Avon. 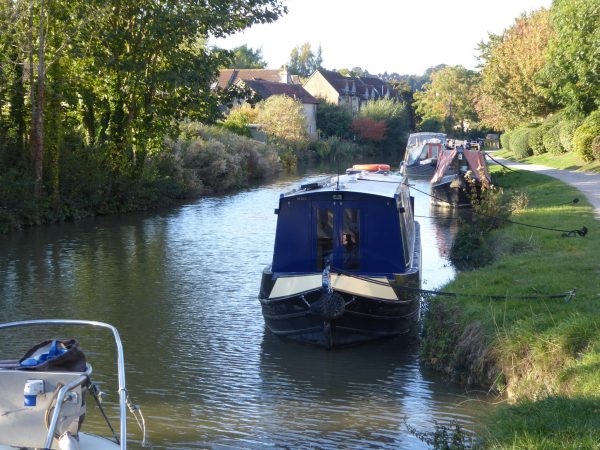 After the mile besides the railway it is relaxing to be back on the canal with the open countryside. From here it is two and a half miles back to Bradford-on-Avon. 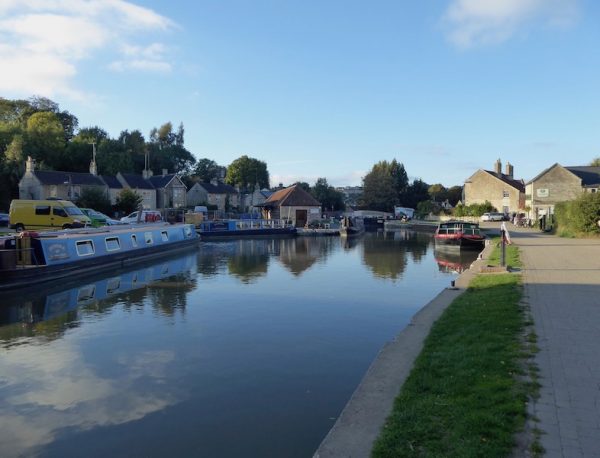 Back at Bradford wharf we return to the car park.  It has been a stunning afternoon and we have covered eleven and a half miles.  It is time to head back to Barrow Farm CL to start packing up to head home tomorrow.

To view this 11.5 mile route on OS Maps Click Here