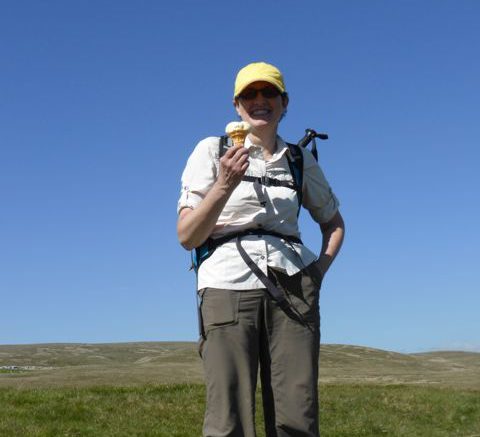 On our last visit to the Dales in October 2014 we walked up Whernside twice in a couple of days. On the second occasion, Lolly was staying in the Unicorn with us, and our walk was decidedly cold. It was on yesterday’s itinerary, but the low cloud put us off. Today the sky is clear, there are not many days like this when you can set off safe in the knowledge that it will be fine weather all the way around.

The weather is that good that Freddy’s legs get an airing in shorts for the first time in 2015! We park in Crosby’s favourite spot in the Dales, near the tea and burger van at Batty Green, Ribblehead. We head off under the viaduct. We have been here hundreds of times over the years but I still cannot resist stopping to take pictures. It is a special spot. 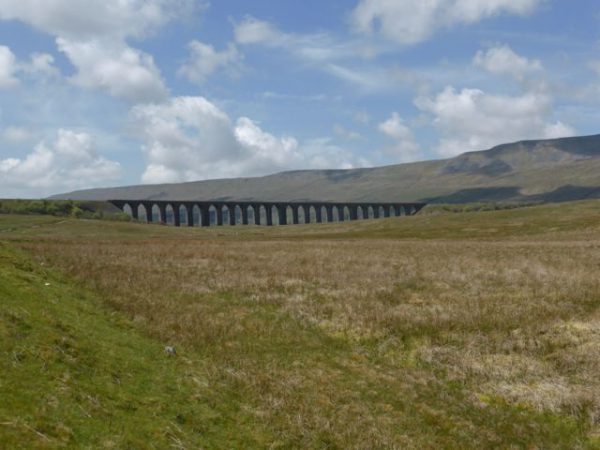 We follow the path through Gunnerfleet Farm and then continue on the tarmac drive towards Winterscales Farm. 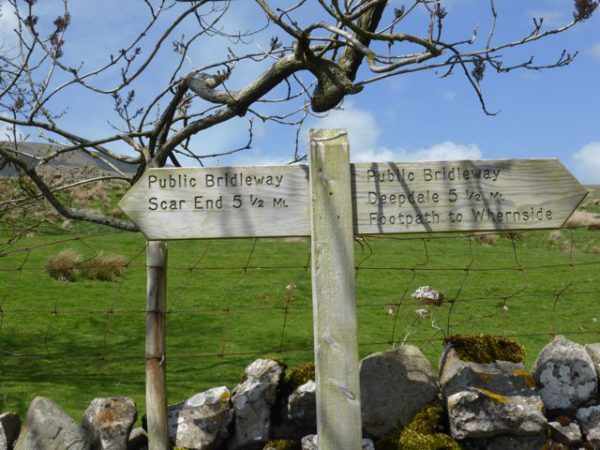 On meeting the junction of paths we turn left towards Ivescar and ignoring the stile that would take us up the steep side of Whernside carry on through a couple of fields. 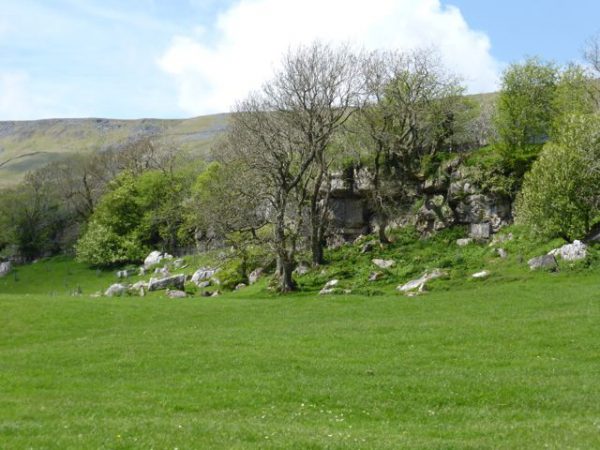 After going through Broadrake we turn right to join the Three Peaks path that will take us up Whernside. In all our previous walks we have hardly encountered a soul as we steadily climb upwards. But today is a Bank Holiday Saturday and we have reached this point at the exact time that the majority of those tackling the Three Peaks are coming down the hill. 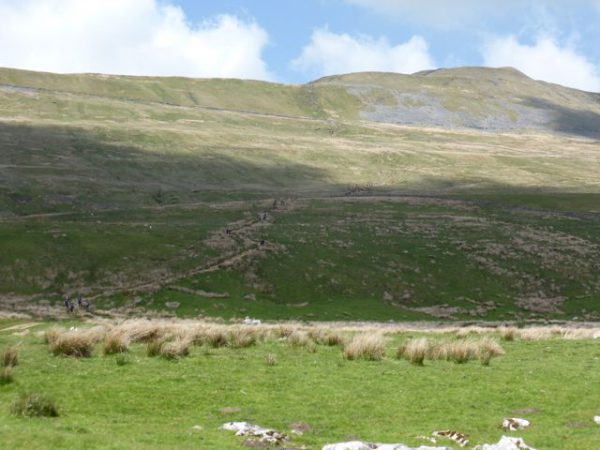 Those travelling in the opposite direction make it feel like we are back on the M1 on Thursday as we headed ‘up north’. The look of angst on the faces of many of those coming down did not bode well for the challenging ascent of Ingleborough awaiting them. At that point, when I walked the Three Peaks last June, I felt like I had finished the walk, but it took a knee jerking hour and a half to get back down to Horton in Ribblesdale.

It is a stunningly warm day, almost too warm as we reach the steep section. Usually here I would bound on ahead with Crosby, and Lynnie and Dexter would catch us up when we reach the ridge. The traffic coming down the hill means that we need to frequently step aside. (Lynnie always welcoming the ‘breather’.)

Once on the ridge it is time to pick our picnic stop. This is a truly stunning spot and there is no better place to observe the plethora of limestone pavements that skirt Ingleborough and Whernside. The added bonus is the view of the Ribblehead viaduct which dominates the valley below. 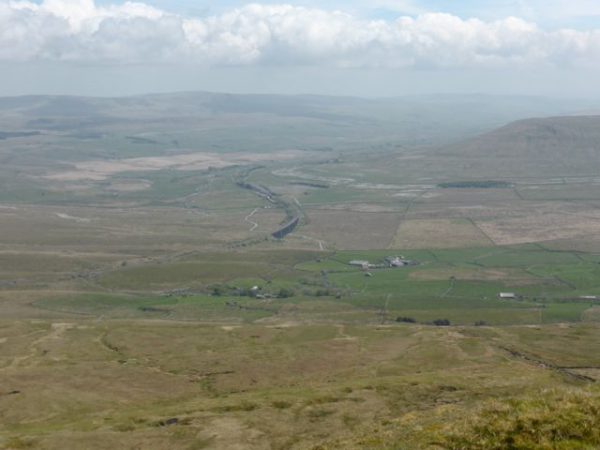 Once on the ridge we turn right and follow along it, still upwards until we finally reach the summit of Whernside. At 2,415 feet the views are stunning particularly down to Deepdale and further on to Dentdale. 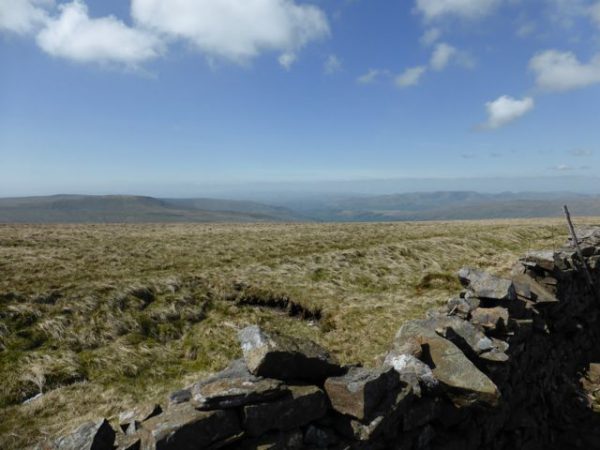 From the top we continue heading north along the ridge and are treated to a cracking view of the Whernside Tarns in front of us and Greensett Tarn below us. We follow the three peaks path down and I soon have a bizarre conversation with a couple asking if they need to go over Ingleborough to get back to their car in Horton! I explain that they are still at least ten miles away and whichever way they go their only real option is to go over Ingleborough!

At the junction of paths we turn right to descend Slack Hill, passing through a gate we stop to admire the waterfall at Gill Force, one of my top spots in the Dales. 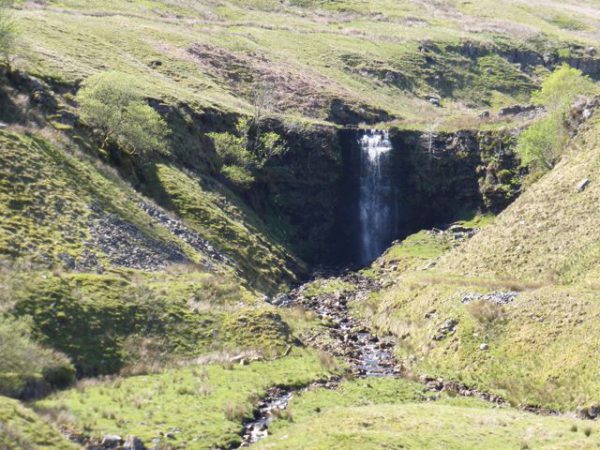 Just a bit further on we reach the aqueduct at Blea Moor and take a look up the track to the Blea Moor Tunnel. This is the longest tunnel on the Settle to Carlisle railway at 2,629 yards (just short of 1.5 miles). It was completed in 1875 and took almost five years to construct. The tunnel passes 500 feet below Blea Moor. An amazing engineering achievement, the construction required seven shafts being sunk into the moor. Four of these were subsequently filled in but three remain as ventilation shafts.

From here the path follows close to the railway line and soon Ribblehead viaduct comes back into view. Now it is a steady stroll back towards the car.

As we reach the tea/burger van at Batty Green I spot a chap with an ice cream. Being a kind fellow I ask Lynnie if she fancies a cornet, from experience Lynnie has learnt that if she declines such an offer she might have to wait until the following summer to be asked again. She is across that road quicker than the proverbial ‘rat up a drain pipe’. 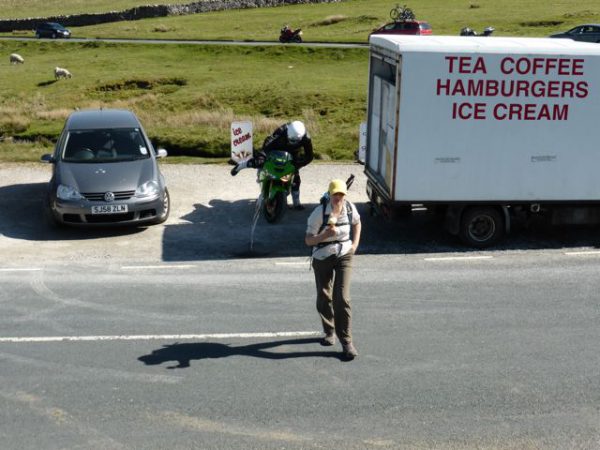