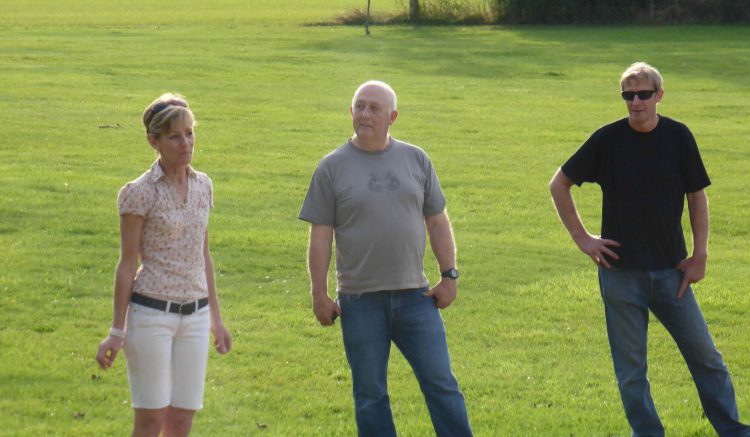 Many years ago one of my best muckers emigrated to New Zealand. Mazza was a near neighbour in the village and was very much part of the village social scene. We used to spend a lot of time together playing petanque. There is a very competitive league based around the New Forest and Mazza and I played in the same team. We also played crib together. Whatever we were doing we shared a competitive streak and the aim of having fun on a night out.

Mazza was also the arch practical joker. He always had a wind up going somewhere and unfortunately I used to be at the centre of many. Occasionally I sought to get my own back, but never got the better of him. On one occasion he pushed all the wrong buttons at the wrong time and we had a fall out in an Indian restaurant. We were soon back on good terms. I immediately missed his company when he moved and I still do because laughter is never far away when he is around.

This weekend we are going to catch up with Mazza as he is back in the UK to visit his parents. Since he left I have always made a point of taking him out for a curry in recompense for the meal he had to leave the night we fell out. So on Friday night Lynnie and I meet up with him and by the time we are half way through our first pint it is like old times. Our venue for eating is the Rai d’Or, a Thai restaurant in Salisbury, one of our favourite places to eat and as always the food, service and beer are top notch.

When I was a youngster growing up around Salisbury the pub was called The Star and had a well earned notoriety in the town. As a village boy coming into town for a night out it was not a place to visit if you were feeling faint hearted.

According to information in the pub it has now reverted to the name it last had in the 1850’s, one it also had when it was a house of ill repute in the Middle Ages. Apparently it’s most famous landlady was Agnes Bottenham, who founded the nearby Trinity Hospital in 1370 as a penance for her sins. The hospital is now Almshouses but Agnes founded it for retired prostitutes who worked the local area centred on Love Lane around the corner.

On Saturday afternoon I have a grand trip out with Stuart to St Mary’s watching the Saints beat Queens Park Rangers. Whilst Lynnie joins friends to celebrate Sian’s birthday. Later we meet with Mandy and Stuart for the evening, it reminds us how much we miss our friends in Pitton. 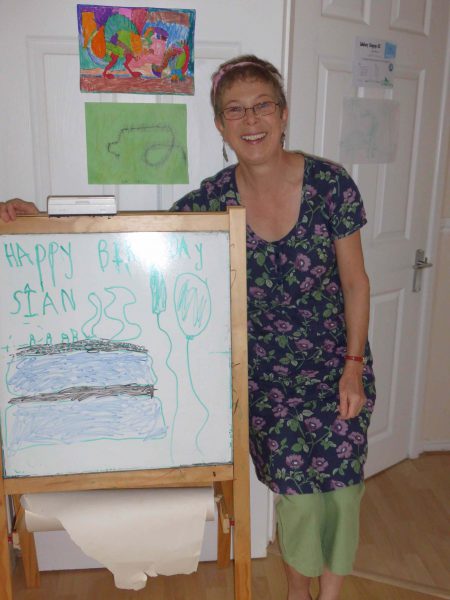 We arranged to meet up with Mazza and other old friends on Sunday afternoon to throw some boule. By the time Lynnie and I arrive the village terrain is being put to good use. When Lynnie and I join in Mazza and I are drawn on opposing teams. I would like to say it was close, but Mazza and his team got a good trouncing (even though Lynnie and I played with borrowed boule and haven’t played for two years!).

Afterwards we wander across the road to the village pub, The Silver Plough. This is the final night for landlord and landlady, Steve and Sue. They have been here for three years and done a good job. Steve is the seventh, eighth or possibly ninth landlord since I have been eligible to drink in the pub back in the mid 70’s. The discrepancy in number depends on whether you count managers under a previous owner whilst still a Free House. We are fortunate to have a quality pub in the village and Steve and Sue and passing the baton on to Mike and Katie. We will be sure to pop in to see how they are getting on when we are back next.
I think village pubs form an important role in community life and I am a strong believer in “use it or lose it”. Thankfully there was a good crowd of locals using it on that Sunday evening. Cheers! 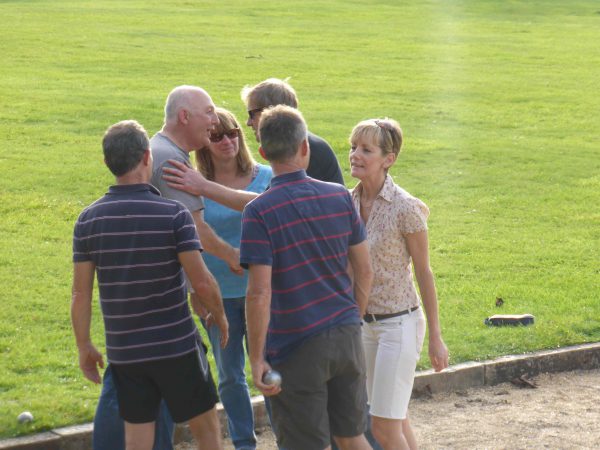