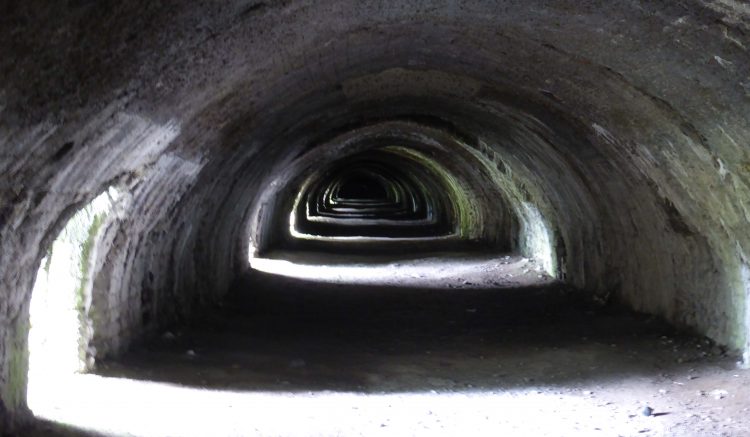 Today is our last in Settle this trip. We are moving to the North York Moors tomorrow, so it is time to visit one of my favourite sites in this area.

We start our walk by following the familiar path out of Settle and then climbing to reach Attermire Scar. We are repeating part of the walk we did a few days ago. It is a warm afternoon and we are glad of the breeze as we pass Victoria Cave.

Today, when we reach the kissing gate (never miss an opportunity) instead of continuing on to Jubilee Cave we turn left and go through a five bar gate and follow the track down the hill. Eventually through another gate and then the short walk on the steep road down to Langcliffe.

The village is busy today with teas at the church hall doing a roaring trade. We are unable to find a space so carry on walking, taking the footpath on the left we initially follow the walled track and at the first stile we turn left to follow the path over a couple of fields to Stainforth.

This path has ladder stiles and Dexter is at his most obstinate, at one point he has taken up residence on the top of a stile and refuses to budge. Three walkers arrive from the opposite direction and wait patiently whilst I clamber over the stile (and Dexter) then lift him off from the other side.

I am sure that Dexter is becoming more and more difficult as the days go on. Lynnie says that it is known that dogs pick up their owners characteristics. I am not sure there is anything in her theory. There is little evidence that Dexter has picked up any of my character type.

Eventually we arrive at a sign warning us that we are entering an old industrial works and that we should take care. A short walk alongside the railway track and across the front of cottages and we have arrived at the Craven Lime Works Hoffmann Kiln.

If you were not looking for this kiln you would not know it was there. Prior to our first visit to this site we had driven up and down the road alongside it hundreds of times. It is not signposted from the road, so it is only on the footpath that you spot it.

Even in its derelict state it is a wonderful construction and you can still gain an impression of its true splendour when it was fully operational. David Johnson in the book on the Limestone Industry of the Yorkshire Dales devotes pages to the kiln and has some wonderful pictures of the fully operational kiln with its tall chimney.

Friedrich Hoffmann developed the principle of his kiln in 1858, it is based on the continuous firing of kilns around a circle or elliptical shape. His design was for twelve or more chambers. The Langcliffe kiln has twenty-two chambers and is 224 metres long, each chamber is 2.6m high, and approx. 5.5 metres wide. The length of each chamber is 11 metres.

It used the heat from one chamber to start the fire in the next, thereby being more fuel efficient and allowing continuous operation, rather than a single kiln that needed cooling and reheating between firings. I could write pages about the kiln and associated limestone quarry. Outside of the kiln you can see the entrance to the tunnel through which the trams brought limestone to the kiln.

Further on are what remains of the housing for the winding gear that operated the winch for the inclined plane. I have visited this site four or five times and still find it fascinating. However, when it was built there was some local opposition, not from those in need of work on the site, but from others. As David Johnson explains a late nineteenth century guide decried ‘that most unsightly piece of business called the Craven Lime Works. It now stands out before us in all its naked ugliness. We do not begrudge the company its profits or the workman his wage, but why ever did they plant themselves here’. Today I would ask why has such a wonderful bit of industrial architecture been allowed to fall into such a state of disrepair.

Our route takes us across a couple of fields arriving at a stile by the road. Crossing and standing on the pavement we consider four options. (1) Return along the pavement, by the busy road – rejected due to the heavy traffic; (2) Walk into Stainforth and follow the walk to Catrigg Force and down to Langcliffe – rejected due to the steep climb; (3) Cross over the river at the pack horse bridge and follow the path alongside the Ribble, (the route we took up river a few days ago) – rejected because of possible bear attention (4) Cross over the river and walk the road to Knights Stainforth and then back along the lane to Settle. This is the preferred option.

All good project managers will wonder why we did not include the “Do nothing” option. The answer is to stand by the side of the road waiting to be teleported back to the Unicorn is clearly a stupid idea. (However, I should mention that I think this is frequently Lyn’s greatest wish whilst we are out walking.)

We have chosen our plan and we will stick to it. We follow the lane to Knight Stainforth, and along to Stack Houses and then join the footpath to take us around the playing field of Settle School (the local state school). A sharp contrast to the facilities just up the road at Giggleswick School, they don’t even appear to have a mower at Settle School.

Our little stroll has turned into a fourteen mile walk. It is sunny, we are in a lovely spot and the company is good, so the distance seems irrelevant.

Back at the Unicorn it is time to start packing. The logistics of each moving day is a fine art. I have found it best to make space and let Lynnie get on with the technical aspects. Ensuring that I keep well out of the way means that I have a chance to visit one of my other favourite spots in Settle. The Talbot is a cracking pub, with an excellent pint of Theakston’s Best and Internet access enabling me to upload blogs. Cheers!

I will miss the Dales next week, but look forward to exploring new ground in the North York Moors. 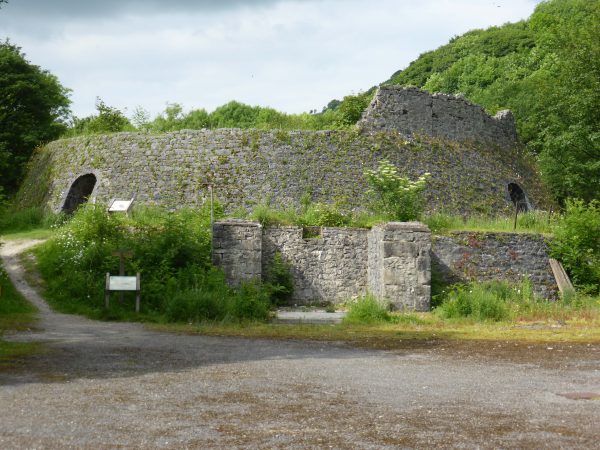 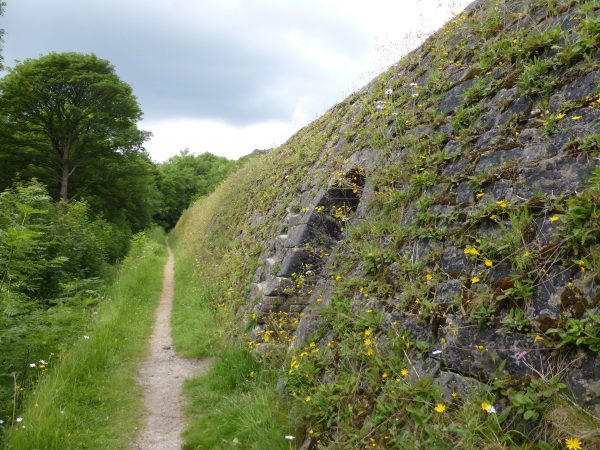 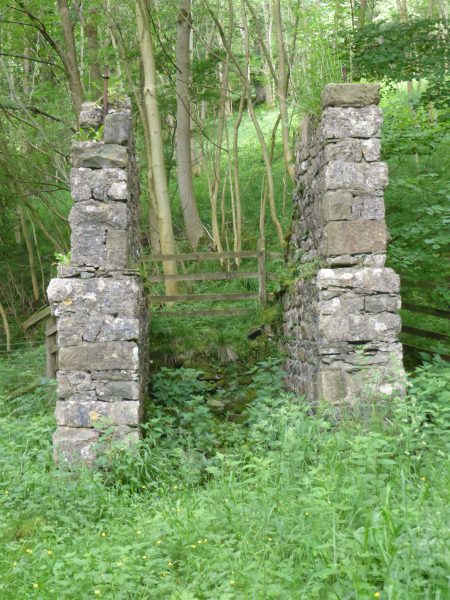