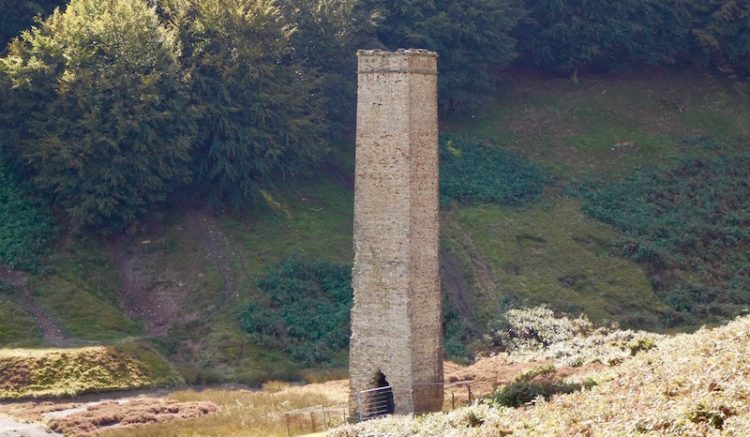 Walking up the Blorenge yesterday I could see the Coety Mountain a bit further to the south beyond Blaenavon. That’s where I head today, parking in the car park opposite the former Blaenavon Iron Works (Grid Reference SO248091).

Leaving the car park I wander over to look at the Iron Works through the fence. 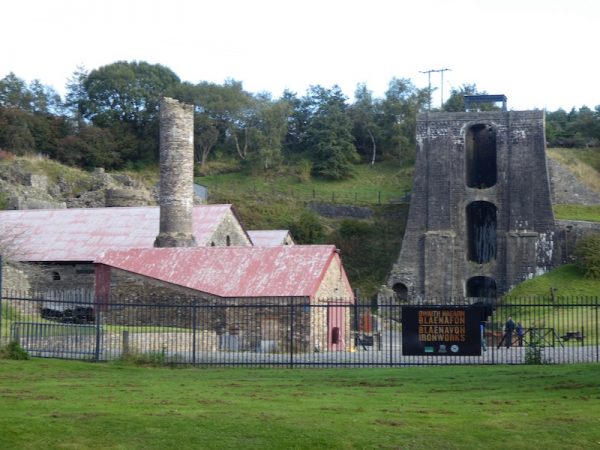 I then turn right and walk down to the B4246 and head downhill to take the second right to continue downhill on a road signposted to Forge Side.  I stay with this road, Forgeside Road, as it drops to the bottom of the valley and then heads up the other side after crossing a disused railway line.  I take a footpath on the right that takes me down to a path that follows the route of the old railway line.  I turn right and head in a south-easterly direction. 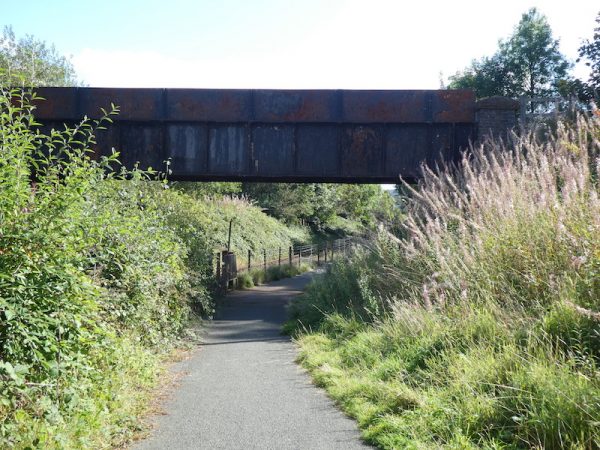 I soon pass Blaenavon station standing on the opposite side of a fence and part of the three and a half mile heritage railway that runs Whistle Inn, a halt on the line that connected Brynmawr with Pontypool, and Blaenavon Halt.  On the way it stops at the National Mining Museum at Big Pit. 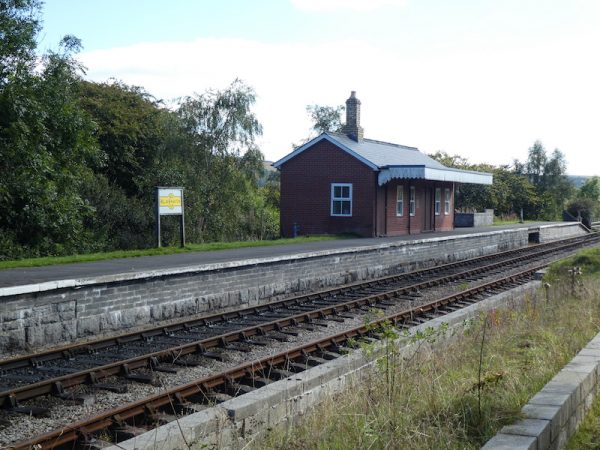 I am walking along the route of the Brynmawr and Blaenavon Railway.  This line, built in 1866, linked Brynmawr with Pontypool and continued on to the docks at Newport.  Given its location it is no surprise that the main purpose was to transport coal from the numerous pits that were prevalent in this area.  On a sunny tranquil afternoon it is hard to imagine what the railway would have been like when the pits were still operating. 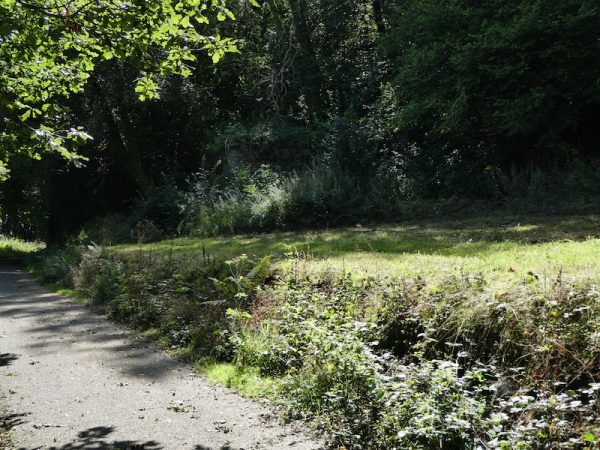 The route is easy going as I stay on the disused railway line.  After about two and half miles I reach the disused station at Varteg, this closed in 1941, but apparently the heritage railway have ambitious plans to restore the track to this point. 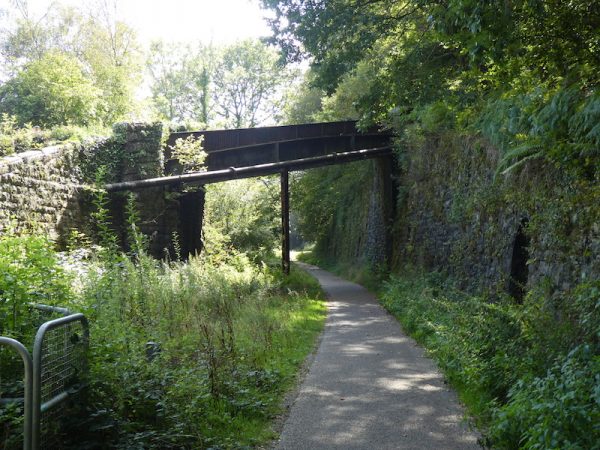 I stay with the disused railway line until I reach Talywain where I take a path on the right leading through a housing estate to reach the B4246.  Here I turn right, and soon after passing the Globe pub I take a left turn into Farm Road. Despite its name this road leads to the remains of a large industrial site, occupied by the British Iron Company from 1825 and the area is dotted with past industrial heritage and collieries. 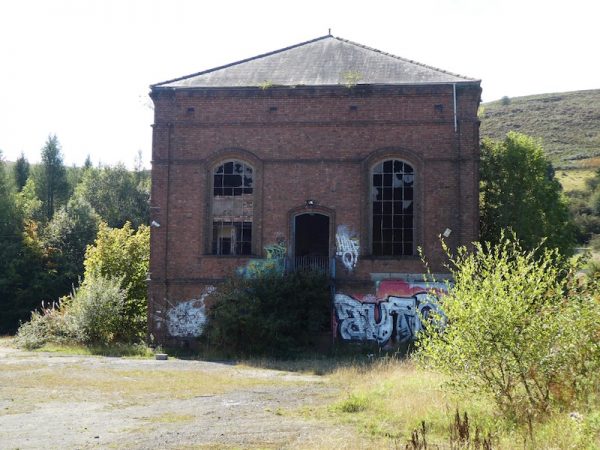 I stay with the road as it heads steadily uphill to reach access land and then passes a disused colliery chimney. Living and working here must have been tough.  Just over the hill from here is the site of the Llanerch Colliery; on 6th February 1890 it suffered a huge underground explosion killing 176 men and boys.  The names and ages of those lost makes difficult reading, the youngest was thirteen and the oldest was sixty-three, and included fathers, sons and brothers. 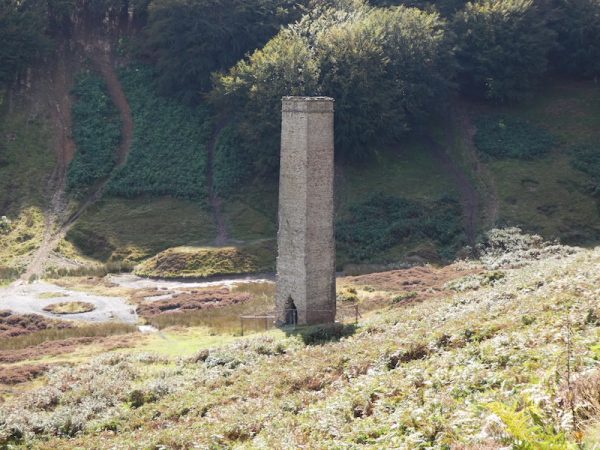 Nature is beginning to reclaim the slag heaps, which now appear to be used by mountain bikers and trail bikers. 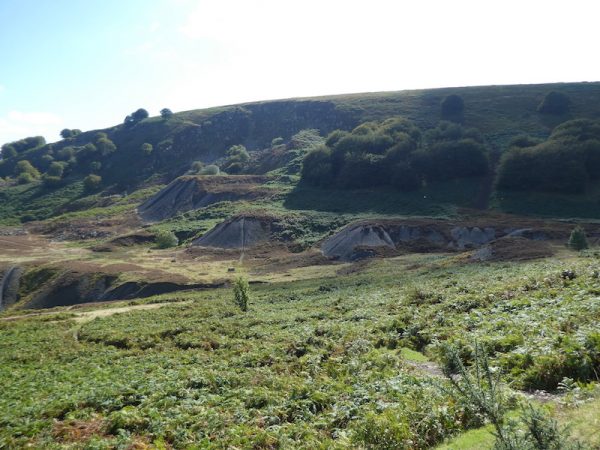 As the road sweeps to the left I continue on heading west along a path through the heather towards the trig pillar at Byrgwm, my 167th bagged. 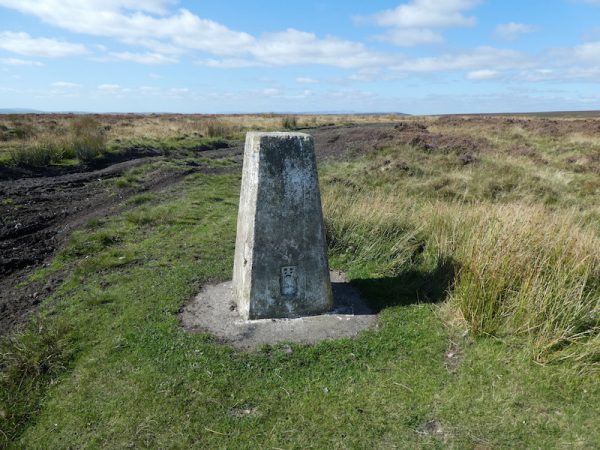 There is a junction of tracks here; I follow the one heading north-westerly through an area strewn with rubbish from fly tipping.  I am really at a loss to understand the mentality of people who think it acceptable to dump rubbish, but to go to the trouble of driving all the way up here and then across a rough track to leave stuff on top of a mountain is beyond belief. 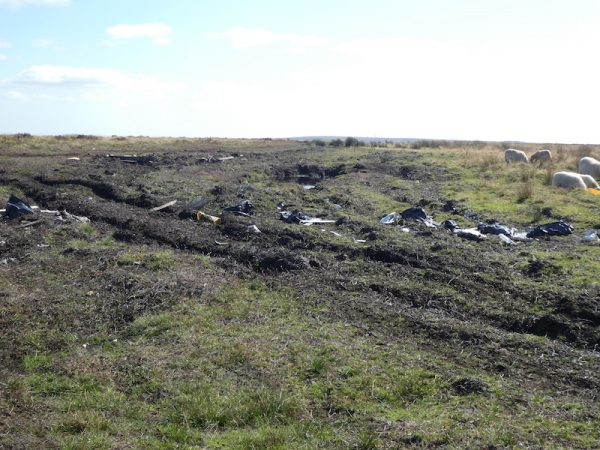 There are a network of tracks and paths here; I stay with one going along the top of the ridge.  It is a clear day and in the distance I can see Pen-y-fan. 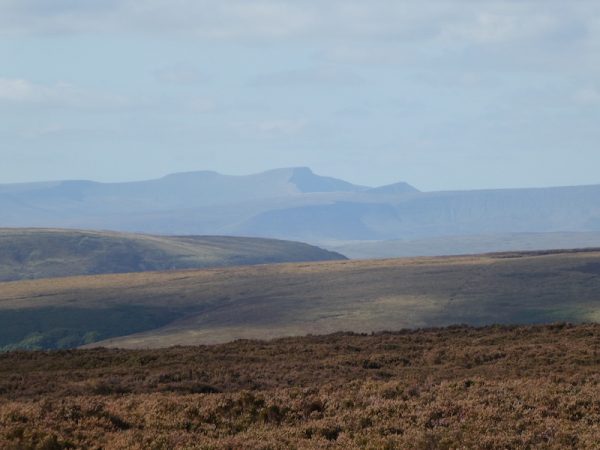 To my left is the Bristol Channel and in the far distance the Devon and Somerset coast line.  I have often walked over there looking at this mountain, but this is the first time I have done it the other way around. 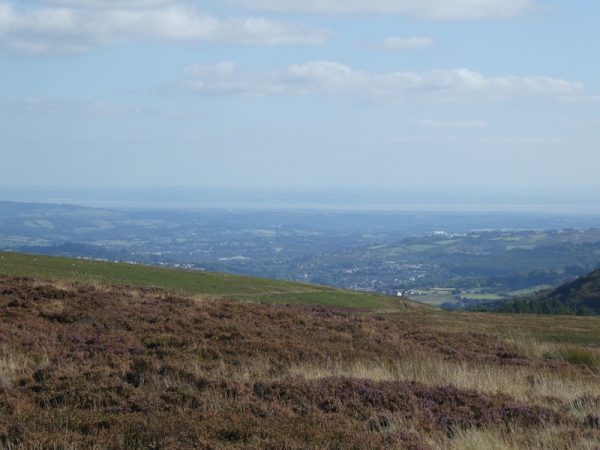 The path descends into a valley where there is a junction of tracks I take a north-westerly track across a stream and then up through bracken.  The route is not always easy to follow but I keep my bearings and this brings me to a clearer path through the heather. 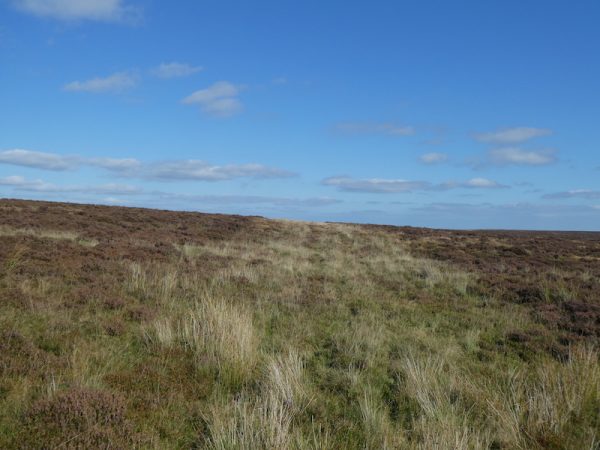 From here I get a cracking view of Sugar Loaf to the north. 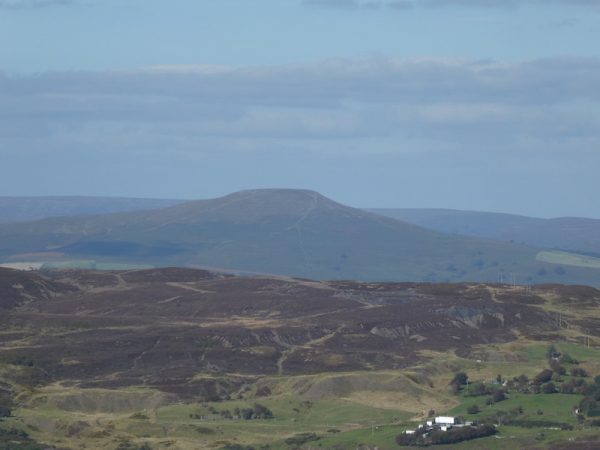 I cross a clearer path marked on the map as Ystrad Drain (Path) and continue along the ridge to reach the Ordnance Survey trig pillar at Mynyyd Varteg Fawr, number 168 for me. 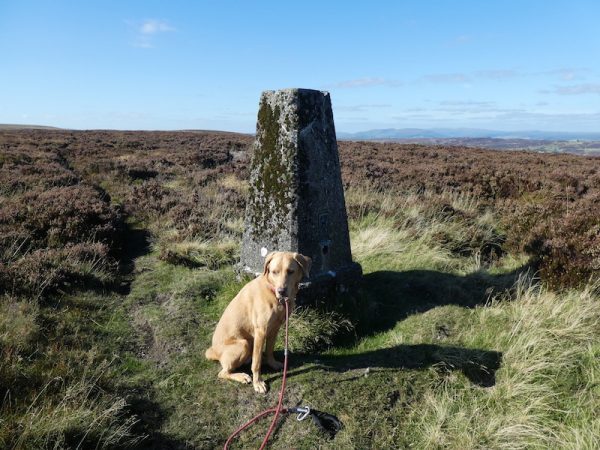 It is a cracking day and the views from here are stunning. 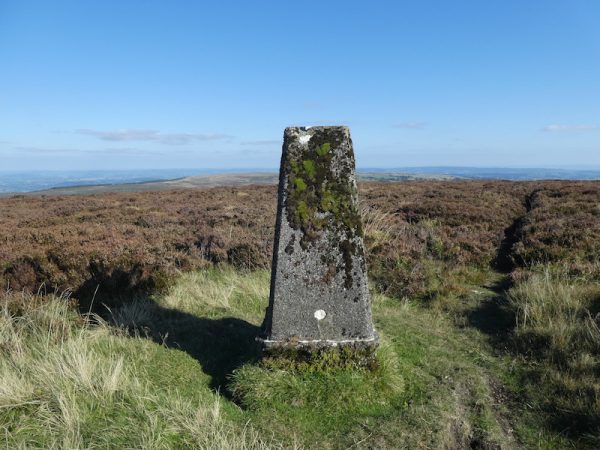 From the trig I retrace my steps back along the ridge to the junction with the Ystrad Drain, here I turn right and follow the path through the heather as it starts to descend with Blaenavon coming into view in the valley. 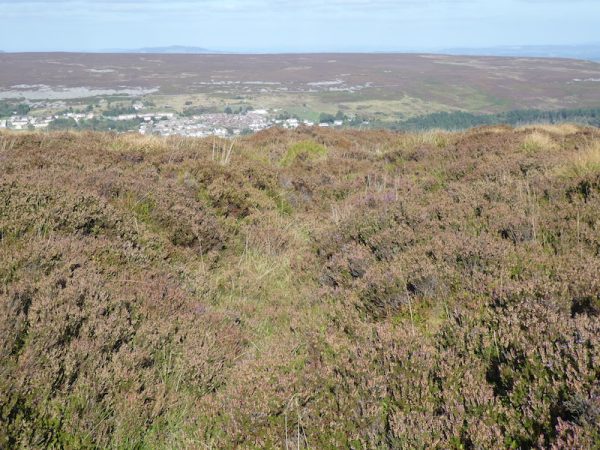 After going through an area of thick bracken I reach a disused tramway and turn left.  In front of me I see a mass of hang gliders that have launched themselves off the mountain.  I understand the buzz folk must get from flying in the sky like this, but it is not something that tempts me. 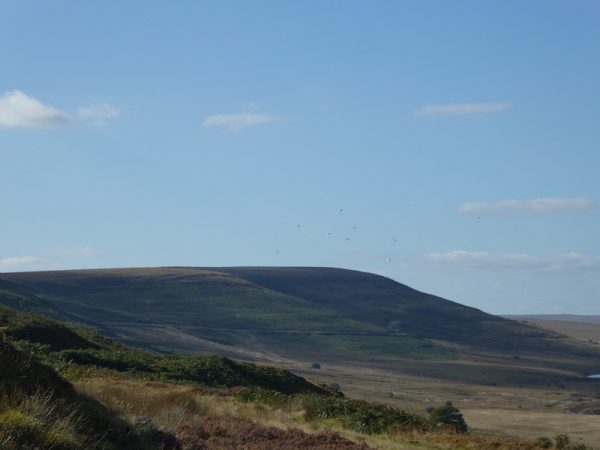 The route of the tramway around the side of the mountain is clear to see; now it overlooks a grassy valley, but in the past this would have been a hive of industrial activity. 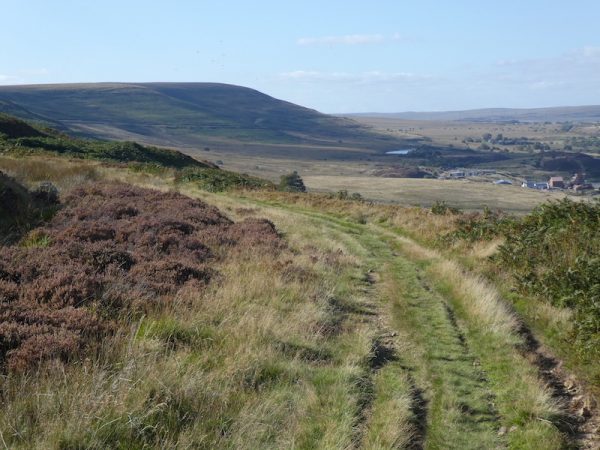 In front of me is the National Coal Mining Museum at Big Pit.  It was originally an iron mine before becoming a coal mine.  It operated as a working mine for a hundred years from 1880 and at its peak in 1923 employed 1,399 men.  When it closed on 2nd February 1980 it was one of the last coal mines in Blaenavon. It opened as a mining museum in 1983. 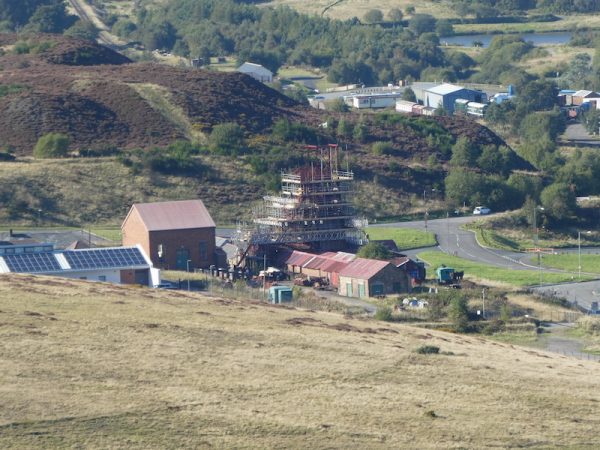 On reaching a footpath on the right I leave the tramway and head downhill following the way-markers towards Blaenavon.  This path brings me to Forgeside Road, which I follow to retrace my steps back to the car park by the Blaenavon Iron Works.

My walk has covered just over twelve and a half miles and has offered a fascinating glimpse into the industrial past of this area.  Now it is time to head back to the caravan and start packing up as I am heading home in the morning.