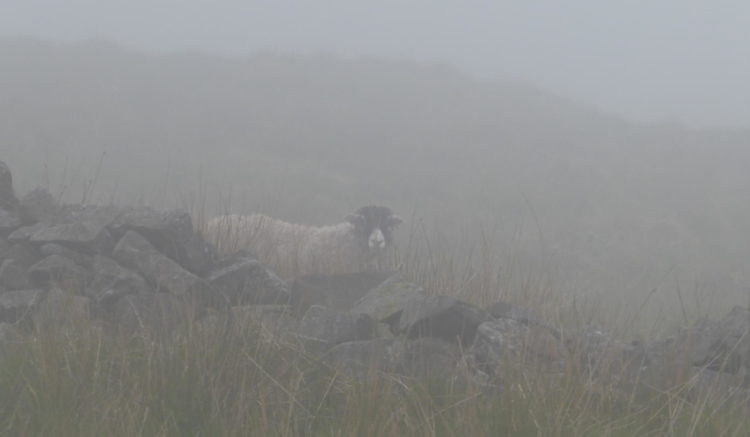 We appear to be having a few days of low cloud.  Yesterday we ventured along Swaledale with the idea of walking to the summit of Great Shunner Fell and then wandering across to Buttertubs, but the visibility was so poor that we ended up doing a few miles up Gunnerside Gill. Unfortunately, the visibility was no better there and we were unable to enjoy the views I had experienced the previous day.

Today we are going into Wensleydale to start our walk.  This is dale that we visited frequently with the children and in more recent years we have often visited Hawes whilst staying in Settle.  However, we have not ventured along the eastern end of the dale for many years. The starting point for our walk is the attractive village of West Burton.  Despite all our trips to this area this is not a village that I recall visiting. 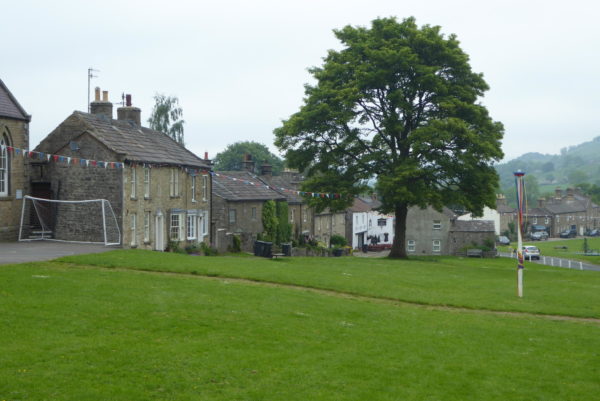 We park up besides the green, close to the village hall and start by heading downhill to take a lane on the left, Dame Lane, which is signposted ‘Walden only’.   At a fork in the road we take the left route sign posted to ‘Walden South only’.  It is pleasant walking along this lane, which has now become Whiterow Road; the hawthorn bushes are resplendent in heavy white flower. 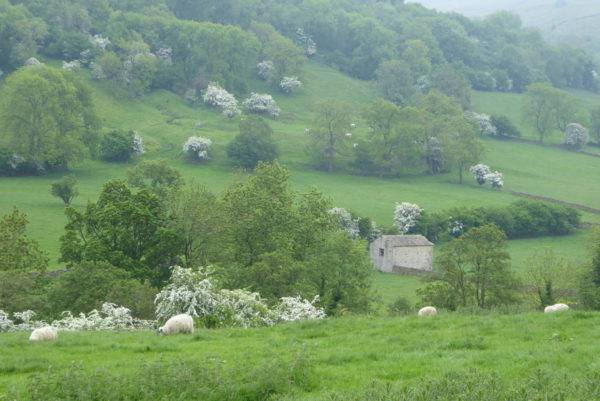 After crossing Cote Bridge we pass the entrance to Cote Farm and very soon after go left on a footpath along a walled track with a finger post indicating that it is three miles to Carlton. 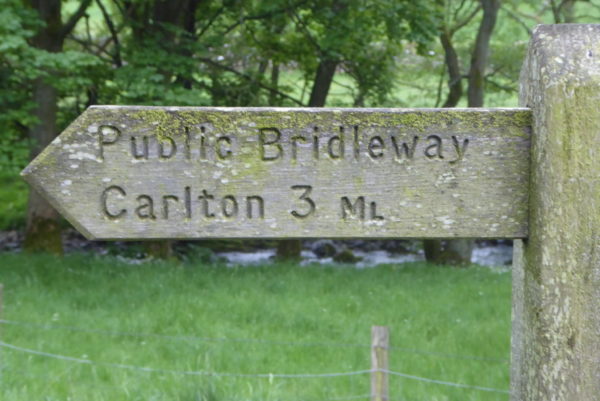 As we start to head uphill we pass the remains of Braithwaite Lead Smelting Mill.  This mill was built to serve the numerous lead mines in the vicinity.  Apparently the first mill on this site was built around 1657 but in 1747 there was a fire started at the behest of locals who blamed noxious fumes from the mill killing animals in local fields.  The mill ceased operating in 1870 and all that remains is the chimney and a small section of the horizontal flue. 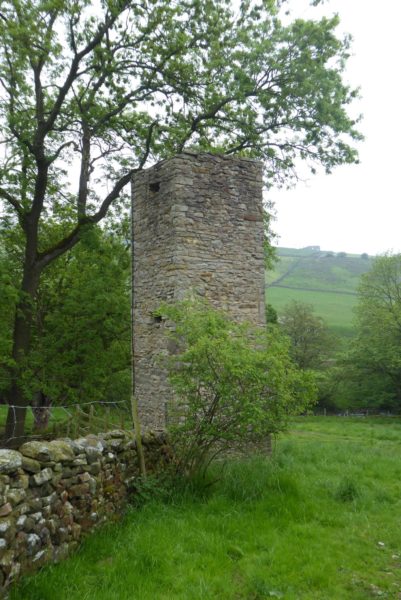 We continue on the walled track as it heads steadily uphill, as we ascend we head into low cloud.  To our left is Thupton Gill and its steep sides have recently been planted with trees. 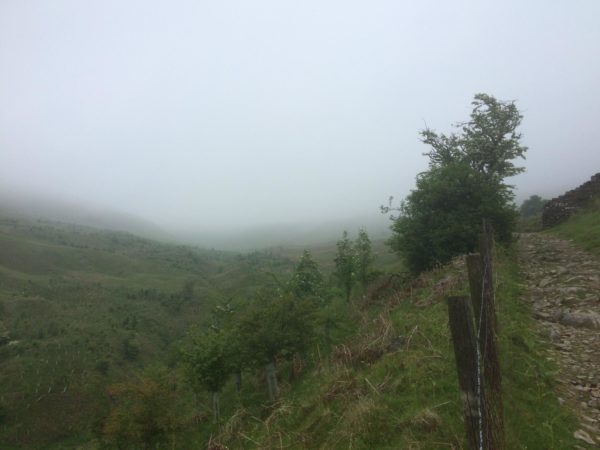 After going through a gate onto access land we turn right to follow the track besides a wall and on reaching another track turn left to head eastwards towards Carlton.  The route is easy to follow, which is a good thing because the visibility has become poor. 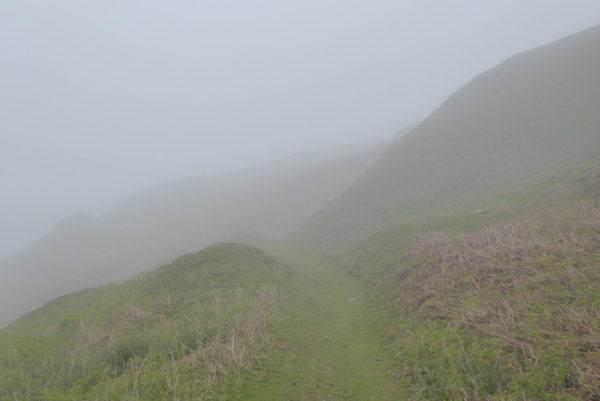 After passing through a gate we hear sheep bleating, but cannot immediately see them in the mist, then one appears from behind a broken down wall. 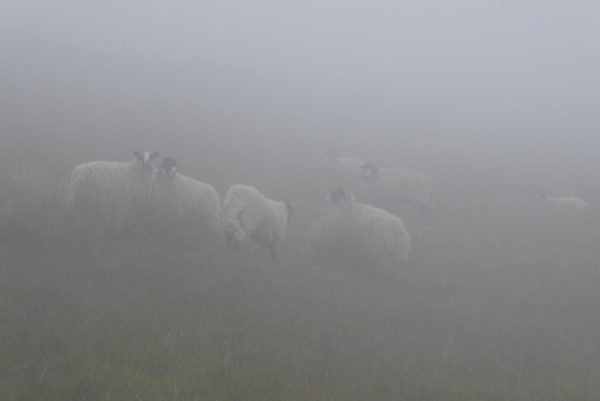 The weather is now really closing in, but with such a clear path to follow I am not concerned about getting lost. 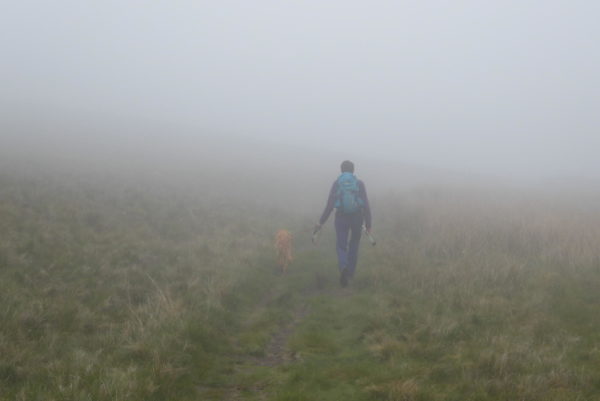 Still following the track we take a left fork near Howden Lodge and then as we start to descent the visibility improves slightly.  After going through a gate the path runs besides pasture, some cows in the field watch us closely as we pass but decide that we are not worth worrying about.  After going through another gate we join a track that heads steadily downhill towards Carlton.  This is the largest village in Coverdale, but according to the village information board still only has about ninety houses of which almost half are holiday cottages.  Walking through the village we reach the village pub, The Forrester Arms, this is the last remaining village pub, though it once boasted three. 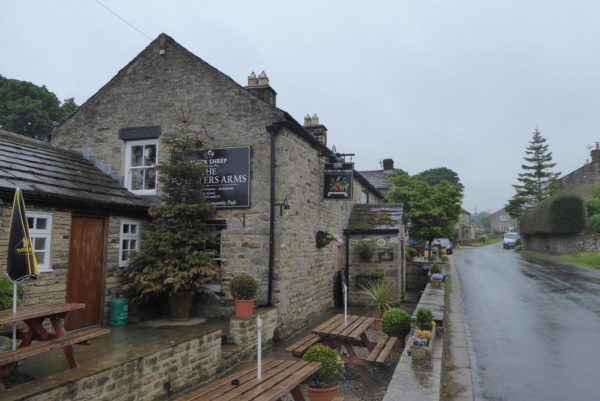 We wander down through the village, the weather has taken a turn for the worst and the persistent drizzle has persuaded us to don our waterproofs.  We leave the road, turning left at a footpath sign besides Micklethwaite Gill, after going through a gate we follow a track and then cross a field.  Following the way markers we head around the edge of an arable field.  The map shows the path heading through the crops, but we prefer to keep to the edge rather than trample them. 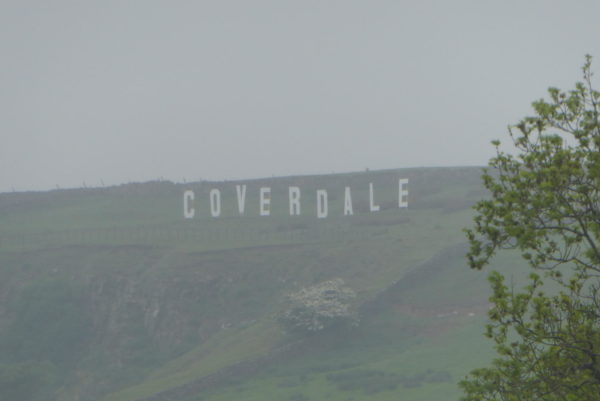 We now enter a field of sheep and follow the path through onto Melmerby Moor.  We have gradually ascended onto the moor and once again visibility has reduced, but the path heading north through the heather is clear. 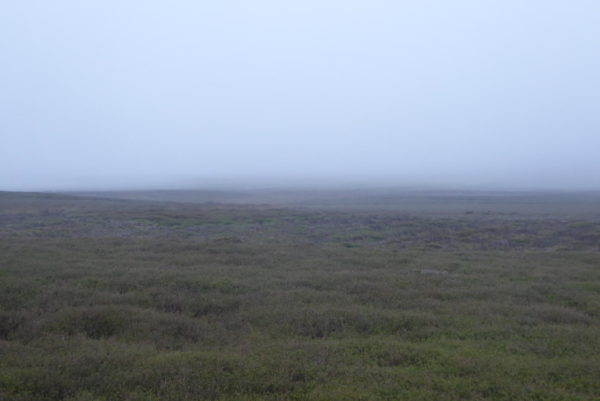 On reaching a road we turn left to head steadily downhill to Penhill Farm, to our right are horse racing gallops on Middleham High Moor.  At Penhill Farm we turn left, this road heads down a steep hill, Witton Steeps.  As the road turns to the right we carry straight on along a track, High Lane. 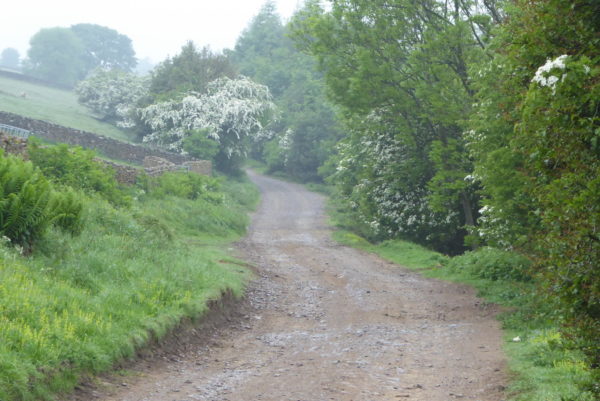 Thankfully the drizzle has ceased and the visibility has improved slightly making for a pleasant walk along this track. 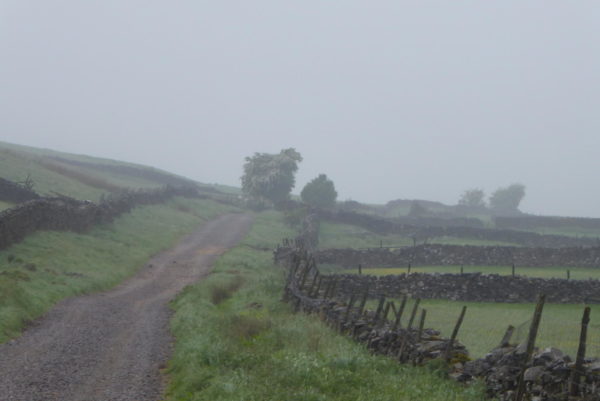 After just over two miles on the track we reach the imposing Morpeth Scar. 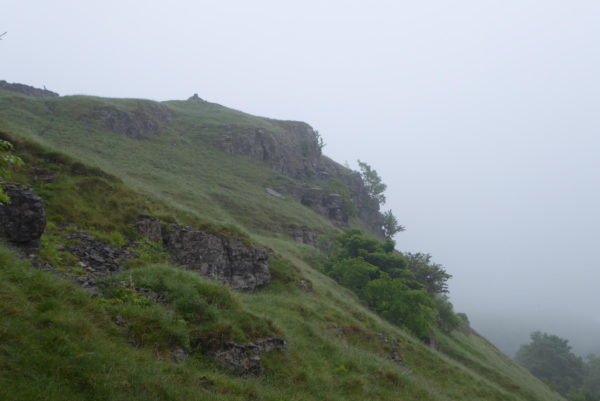 From here the track, now called Morpeth Gate, continues to gradually descend into the dale. 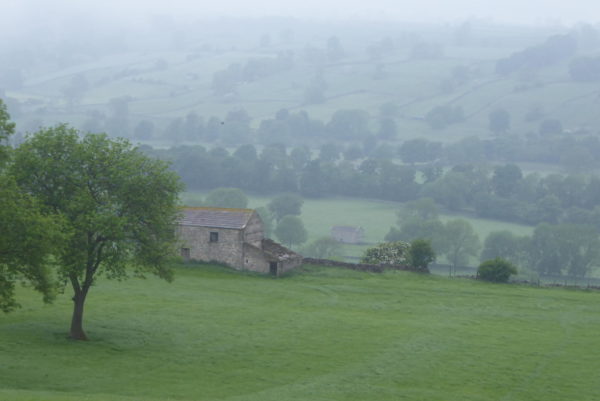 On reaching Walden Beck, we cross on Burton Bridge and then turn left to follow the path besides the road towards the waterfalls. 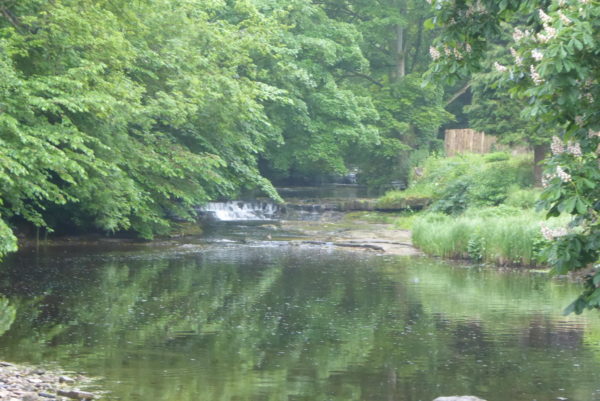 From here we continue into the village and return to the car. 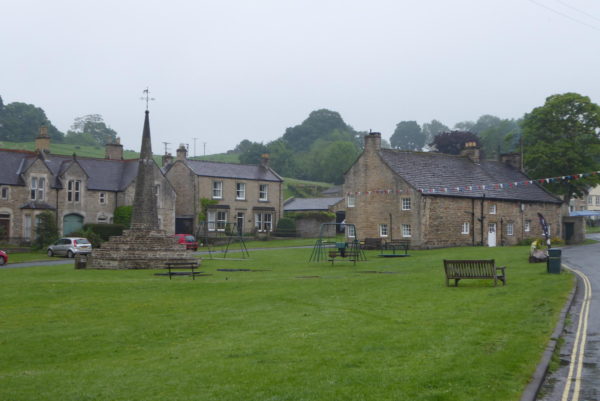 Our walk has covered just over ten miles.  It has been an enjoyable afternoon despite the drizzle and poor visibility.  We are sure to visit this area again before too long and will pick a fine day to repeat this walk.