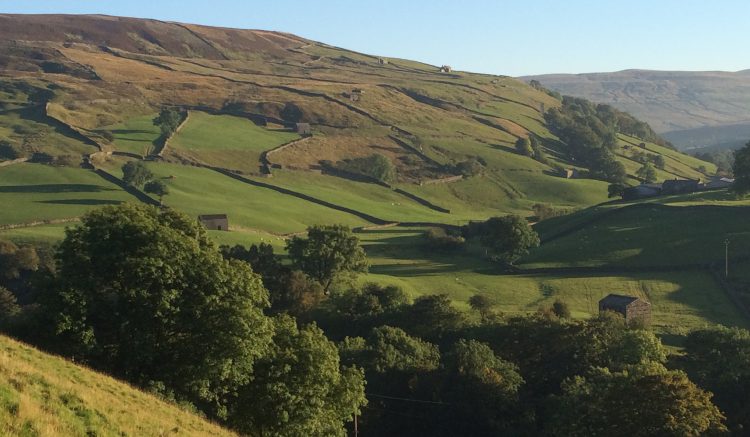 Since we started our adventures in the Unicorn we have visited many parts of England and Wales, but the place we visit most frequently is the Yorkshire Dales. When the children were young we visited many times and had some wonderful holidays in the area. There are parts of the Dales that we know really well, and others that we have hardly ventured into.

Swaledale is an area we don’t know well. We visited Muker last year and did a stunning circular walk to Keld but apart from that I cannot recall being here. The drive up the Dale from Hudswell is glorious and we make a note to return to Reeth later in the week, time is short today as we need to drive all the way up to Keld to start our walk.

This is a walk we have talked about for years, but for one reason or another have never managed to do. Our starting point is in the centre of Keld, there is ample parking in a field connected to the farm in the centre of the village. We put our cash in the honesty box and head off.

We leave Keld by the footpath, directly in front of us as we exit the car park, signposted to Muker. On reaching a Pennine Way sign we fork left and follow a well-worn path down towards the River Swale. This is so well walked that the path is very slippery underfoot so we proceed with caution.

We cross a footbridge still following the Peninne Way and the path goes up around East Gill Falls. This is a cracking spot; today it is heaving with picnickers. It is a prime location, above the falls the Pennine Way and Coast to Coast paths cross. 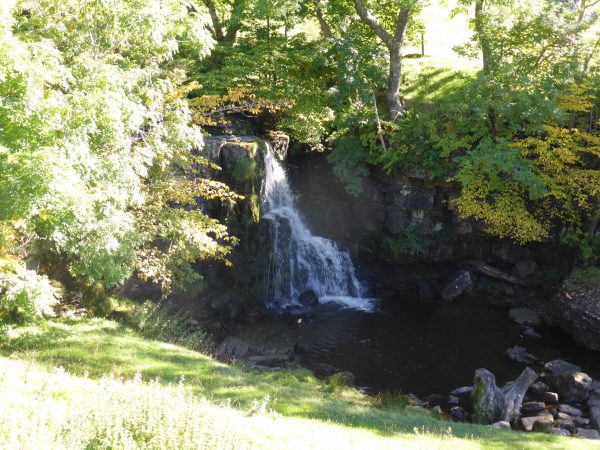 At the junction of these two major walking routes we turn left to continue on the Pennine Way. This takes us on a farm track to Stonesdale Farm, on the way we get good views back over Keld. 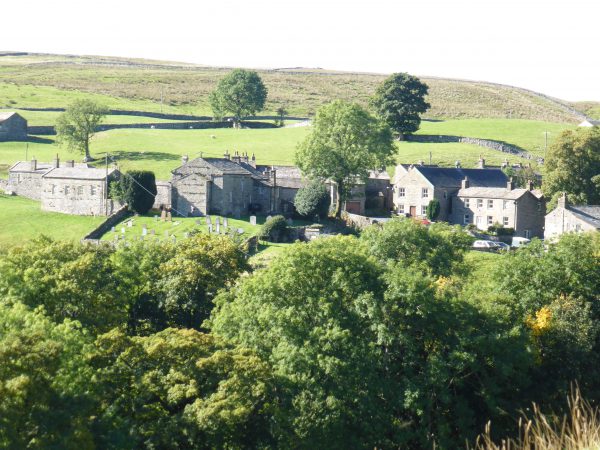 At Stonesdale Farm we continue on the Pennine Way along a walled lane leading up onto the moor. This is Dales walking at its best. Stunning views and the feel of wide-open countryside. 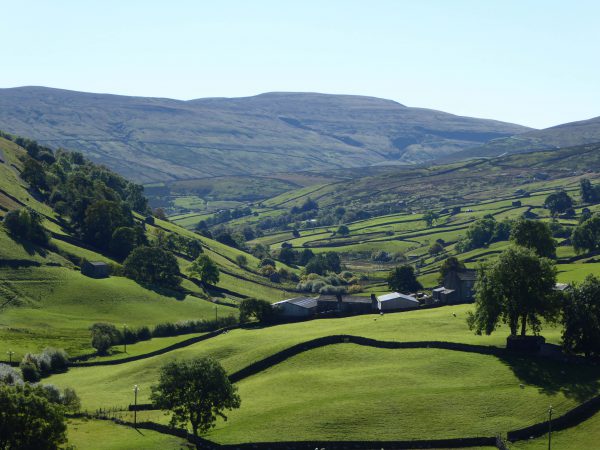 At one time there was industry up around here and we pass an old quarry. 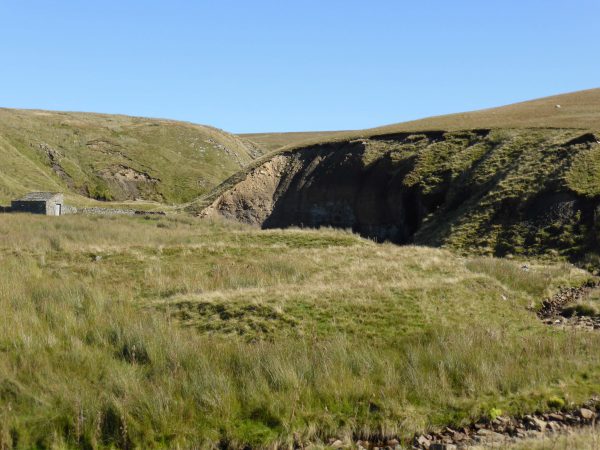 Below us is a packhorse bridge crossing Startindale Gill and close by an old sheepfold. 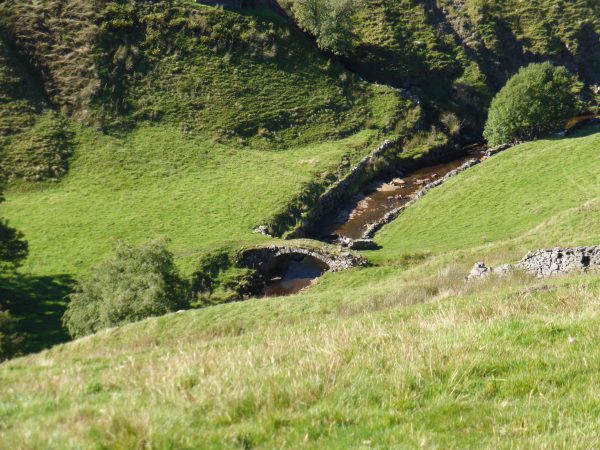 Once over the footbridge at Ladd Gill the path climbs to open moorland. It is 1st October and a very warm day. Both of us walking in T-shirts complaining about the heat! 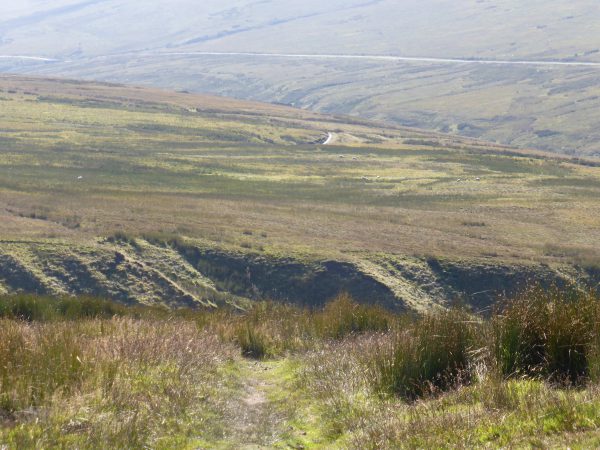 Then in the distance looms the welcome site of the Tan Hill Inn. This is the highest pub in England, last year we visited the second highest, the Cat and Fiddle, in the Peak District standing at 1,689 feet. The Tan Hill Inn is 1,732 feet above sea level.

Originally built in 1737 to serve packhorse traders crossing the moor and the miners in the nearby Tanhill Colliery, the pub is now a popular spot for walkers and those just wanting to say they have been here. 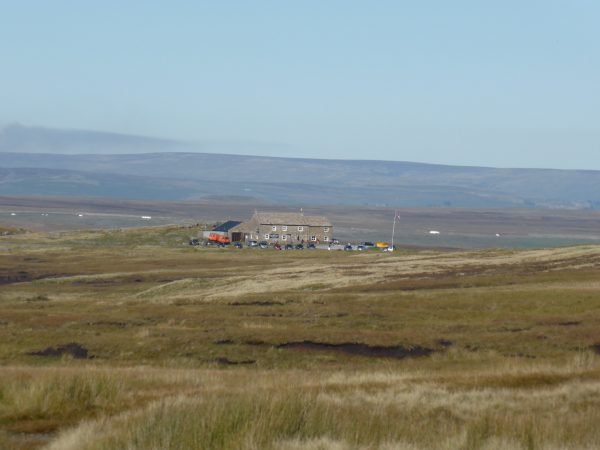 As we stride closer we consider stopping for a pint, but decide to complete our walk and then drive up for some light refreshment. On joining the road we walk past the pub and then turn left on the road back to Keld. About 400 yards further on we turn onto a footpath towards Ravenseat. All around us are the remains of the Tanhill colliery. 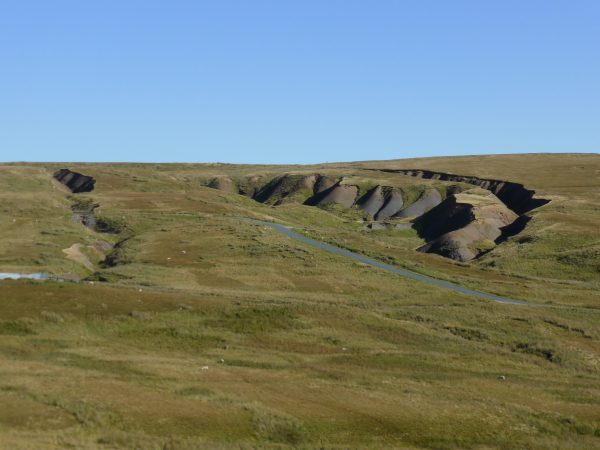 Coal was first mined in this area in the 13th century and continued until the mine was closed in the 1930’s. We walk downhill alongside Tan Gill towards Stonesdale Beck and then turn left to walk alongside the Beck before crossing a footbridge. 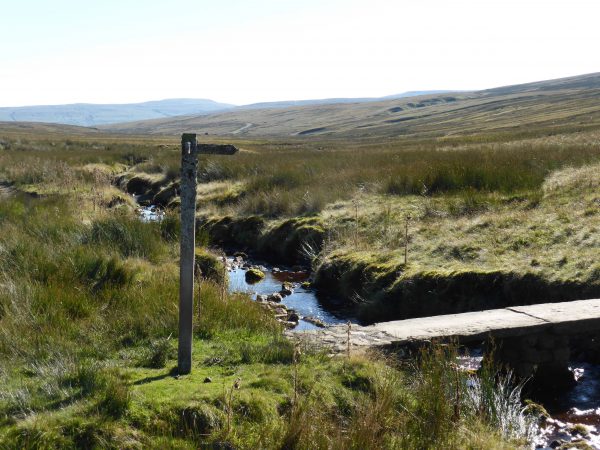 We then following the path in front of us as it climbs above Thomas Gill. At the top of the moor we turn towards the left heading for Thomas Gill Rigg and then Robert’s Seat Band. 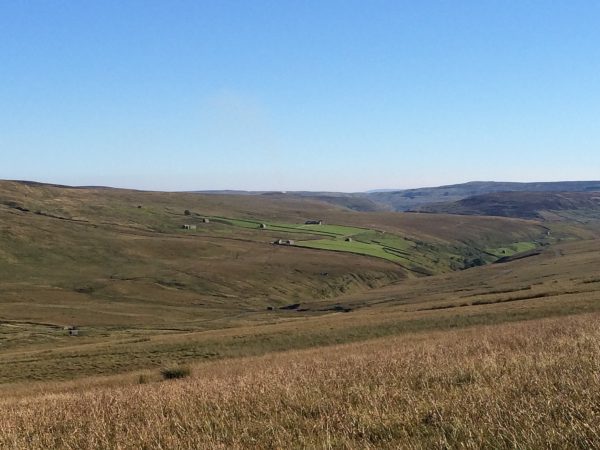 Passing the ruined building at Robert’s Seat, once a gamekeeper’s bothy, we continue towards a TV aerial on the horizon and then descend towards Ravenseat and cross at a stile. 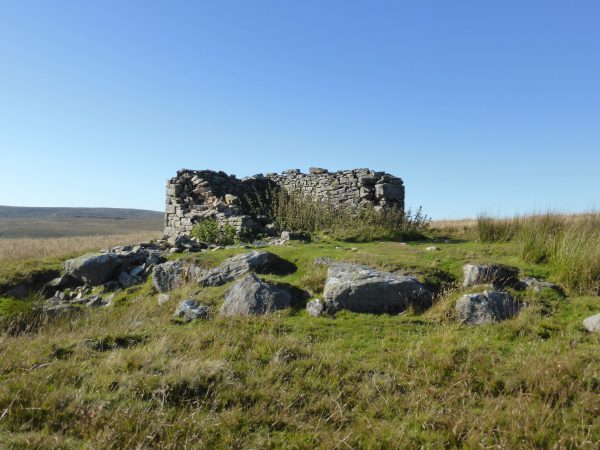 We follow the path downhill and after crossing the beck find ourselves in a farmyard. It is soon clear that we have missed the footpath sign, but we are shown the route through the farmyard by a pleasant lady. We later discover she is Amanda Owen, known as the Yorkshire Shepherdess who has featured on many TV programmes about farming 2000 acres of moorland with her husband, whilst raising a family of eight children. That explains why there were so many children running about!

We rejoin the footpath on the other side of the hamlet of Ravenseat and pick up the way-markers to take us above Whitsundale Beck. We are soon high above the beck and get occasional glimpses as the water winds through the dale below us. 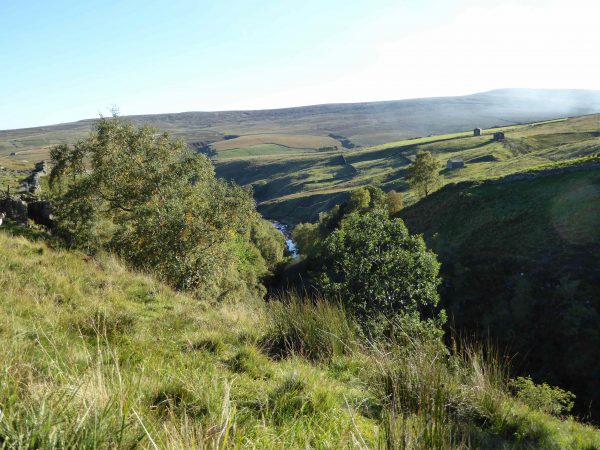 We then cross open pasture before the path has us high above the dramatic Oven Mouth. 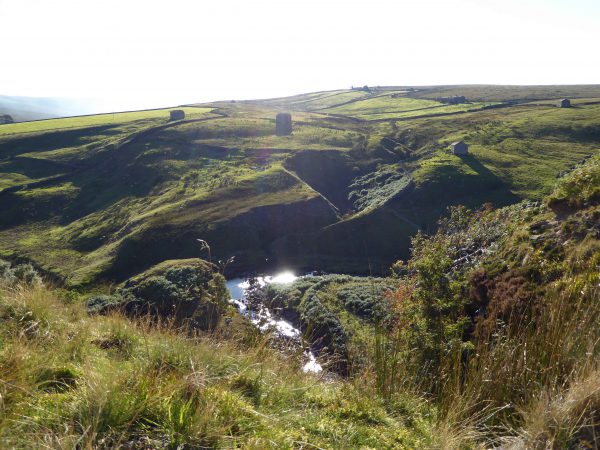 After the gorge we take the lower of the paths passing a large sheepfold and then follow a signpost to a farmhouse, here we turn left along a track to reach another farmhouse that is being renovated. 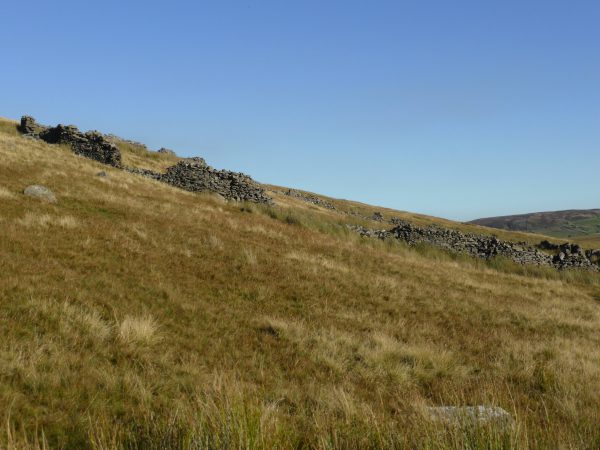 We go through a gate and then turn left through a way marked wall gap taking us above the trees at Cotterby Scar with Wain Wath Force below us. Our route goes across stiles and through gates until we reach a road, which we cross to follow the footpath down the farm track back to East Stonesdale Farm.

From here we retrace our route to Keld going via East Gill waterfall. It is much quieter here now and it’s a perfect spot to stop briefly before heading back to the car.

Having declined a pint at Tan Hill earlier we now drive up there for a sharpner. I have high hopes of a selection of local brews, however, there is an eclectic mix of beers from around the country but few Yorkshire beers on offer. I settle for a pint of mass produced average midlands beer, a slight disappointment at the end of a cracking day! 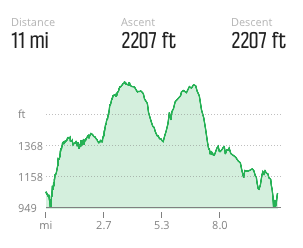