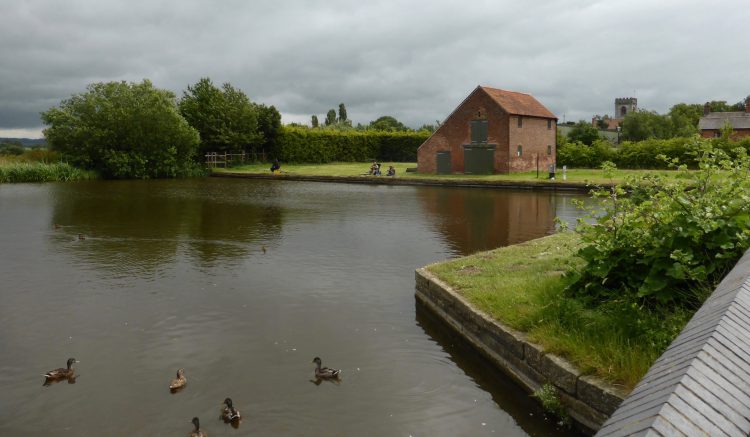 It is grey and overcast and the forecast is for rain later, we therefore decide to take an early wander and then pack up and head home. We have been away on tour for twenty-three nights, so getting back home a day earlier to catch up with chores in the garden seems like a good idea.

We start our walk by heading past the farm shop on site and continuing along the broad track until we meet the footpaths that cross it. Turning right we walk down to the small wooden bridge over the ditch and then turn left to follow the path towards Colston Bassett. 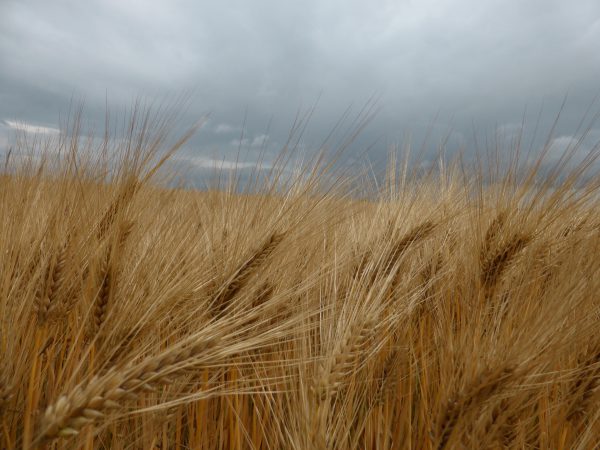 The barley looks very ripe and the heavy cloud looks menacing, there is a feel of a storm brewing. We follow the path along the edge of fields for about three quarters of a mile before reaching another wooden bridge over a ditch. At the far side of the bridge is a stile leading into a field of bears.

I enter the field and they are not bothered, but the sight of Dexter and Crosby soon arouses their interest and assessing how far we have to go across the field or how quickly we can get back across the stile, we opt for the latter. In such situations I take the view that if it is not essential to follow the route we planned then why not reassess and head somewhere else. That’s part of the beauty of jamming about.

Returning the way we came we see in the distance someone walking along the edge of a field on a clearly well walked route. There is no footpath shown on the map but it appears that the landowner allows walkers access to the edge of this field. We follow the well-defined path as it takes us under two sets of powerlines and then along the edge of a stream. At a bridge we turn right and walk along a track towards a sewage farm and then left to walk along a tarmac drive to join the Hickling Road. Here we turn right and walk straight through the village of Kinoulton.

Our plan is to follow the road to Wild’s Bridge and then pick up the canal back to Hickling. But there are a few drops of rain so we take a footpath on our left that follows a driveway in an avenue of poplar trees. 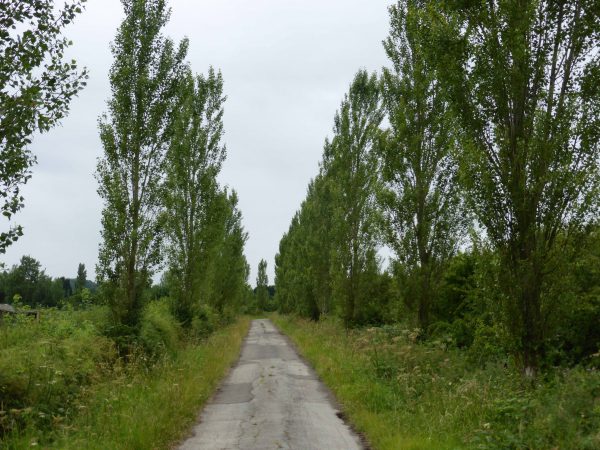 There is an information board at the start of the track explaining that the original avenue of 184 Lombardy Poplar trees was planted by Sir Jesse William Hind and dedicated to the memory of his son Lt. Francis Montagu Hind who was killed in action at the Battle of the Somme on 27th September 1916.

The trees also commemorate the 183 other officers and men of the 9th Battalion of the Sherwood Foresters Regiment who also died between 7th July and 30th November 1916 in the battle.

Our route continues along the track and we pass a field of very inquisitive alpacas. 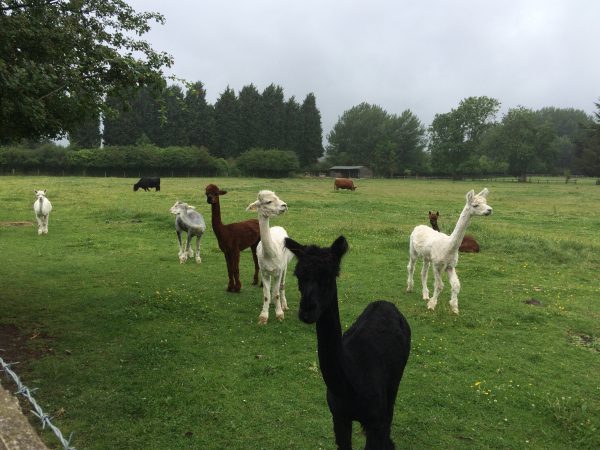 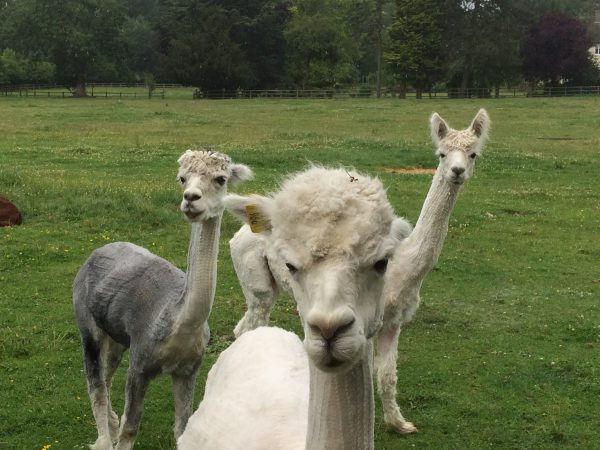 Shortly after we join the towpath of the Grantham Canal and turn left. On the opposite side, higher up the slope, is Vimy Ridge Farm, the information board at the start of the avenue of poplar trees had stated that this farm was previously known as Pasture Hill Farm. It was renamed by Sir Jesse Hind after he purchased the property in 1919. Apparently the farm was used to train ex-servicemen in agriculture after their return from the war and was later used to train orphan boys to help them gain employment.

A feature of this canal path is the frequent markers telling the distance from the Trent. 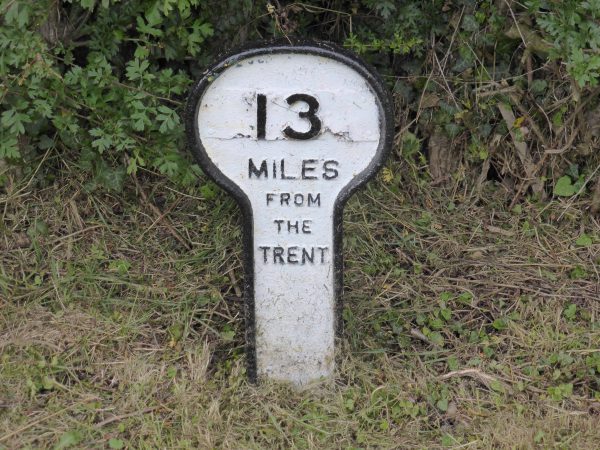 There is also an abundance of wildlife to be observed along the way. 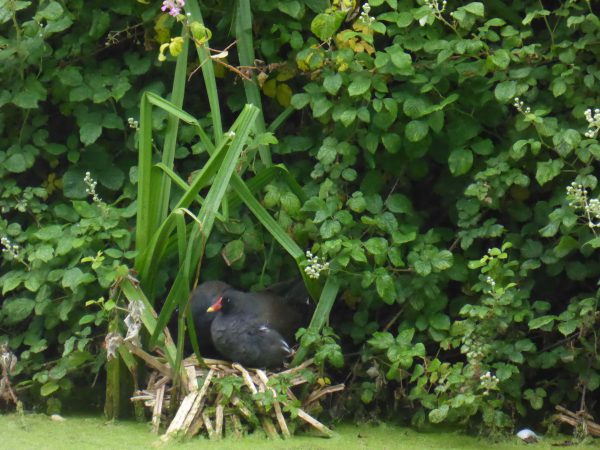 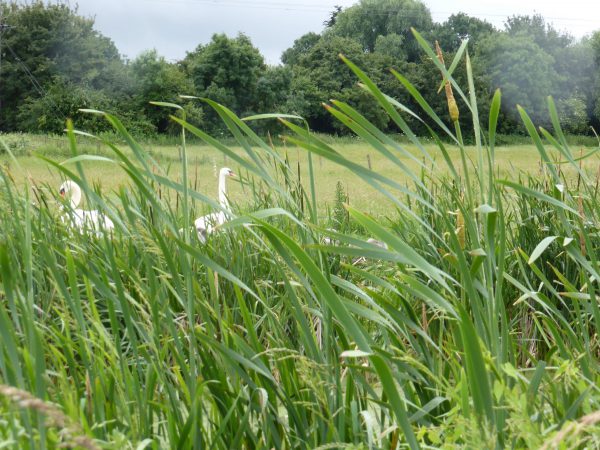 I always find walking along canal banks interesting. The water here is heavily clogged with weed. The Grantham Canal Society has made excellent progress in restoring parts of the canal, but it is clearly going to be some while before this stretch will be navigable again. 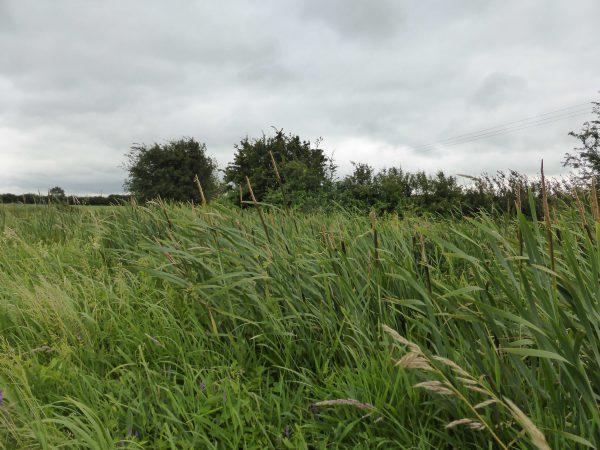 Following the path we soon arrive at Hickling Basin and more open water. 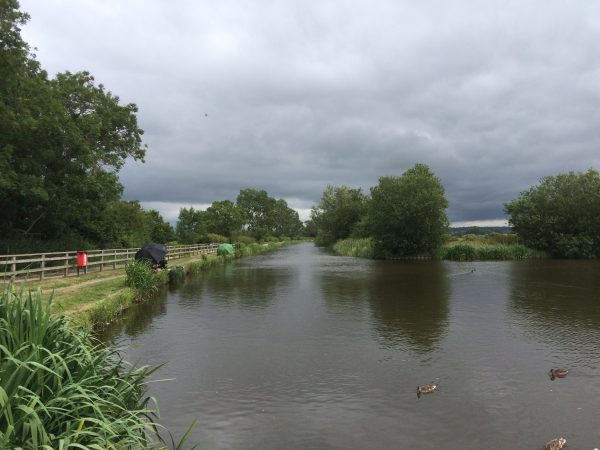 Here we turn left and follow the road back to Grove Farm. We have covered just over six miles and it is time to pack up the van and make for home before the rain arrives.

It will be four weeks before we are back in the Unicorn again, it will be odd being at home for that long!