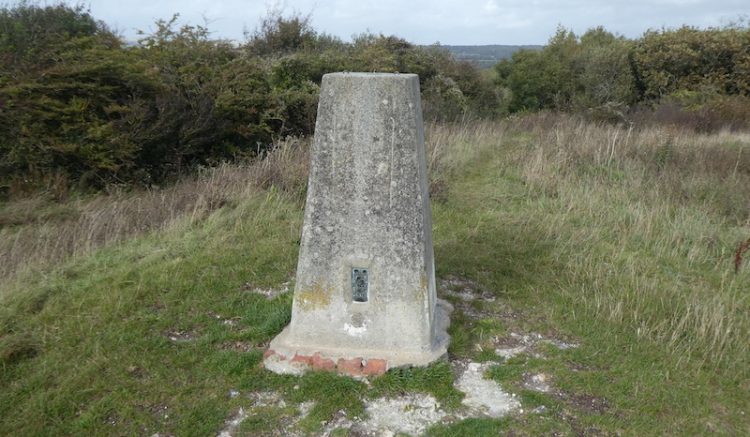 Having been home for just over a week I am off again in the caravan on another solo trip, this time I am heading east along the south coast to stay at the Caravan and Motorhome Club Site at Northbrook Farm on the outskirts of Worthing.

The journey from home to the site takes a couple of hours and by mid afternoon I am all set up and both Crosby and I are ready to stretch our legs.  The starting point for our walk is the caravan site and we leave by the main gate and turn right along Titnore Way after about a hundred yards, just before I reach the junction with Titnore Lane I turn left along a footpath that runs parallel to the road.  Shortly before reaching a recreational ground I turn right to cross the road and follow a bridleway leading towards the EuroGreen recycling unit. 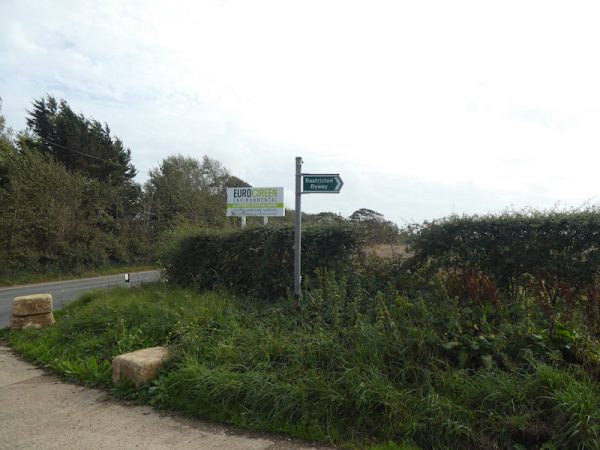 The bridleway skirts the recycling unit before following a hedged pathway to reach access land. 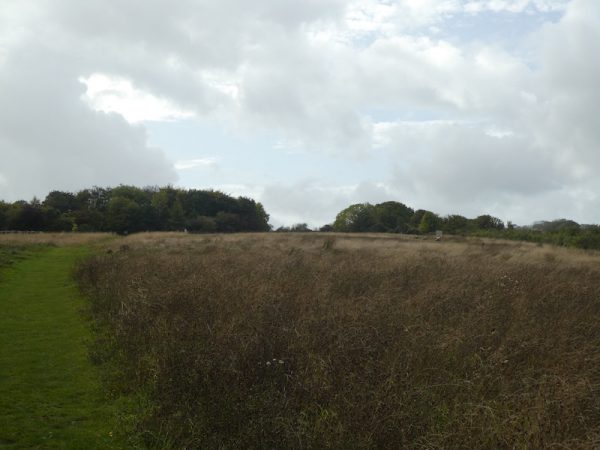 There are a network of paths across this area, I stay to the south side and soon pass a car park busy with dog walkers and continue to head steadily uphill to reach The Miller’s Tomb.  The information board alongside the tomb explains this is the last resting place of John Oliver (1709-1793).  Apparently Oliver was a rather eccentric and 27 years prior to his death he had his tomb erected on this site and at the same time had his coffin made, which he kept under his bed. 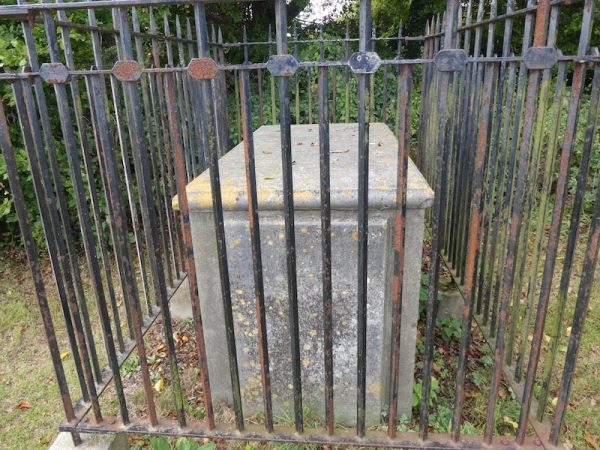 Oliver was the miller at a windmill to the west of this site and allegedly was the leader of a local band of smugglers and reportedly he used the tomb to store contraband.  It is reported that over 2,000 people turned up at his funeral and rioting broke out.

I follow the way markers through a copse and then follow a route over open land towards the summit of Highdown Hill. This hill was the location of a Bronze Age settlement and then in the Iron Age, around 600BC, a hill-fort was constructed with earth embankments.

At the northwest corner of the hillfort stands an Ordnance Survey trig pillar, this becomes the 172nd I have bagged. 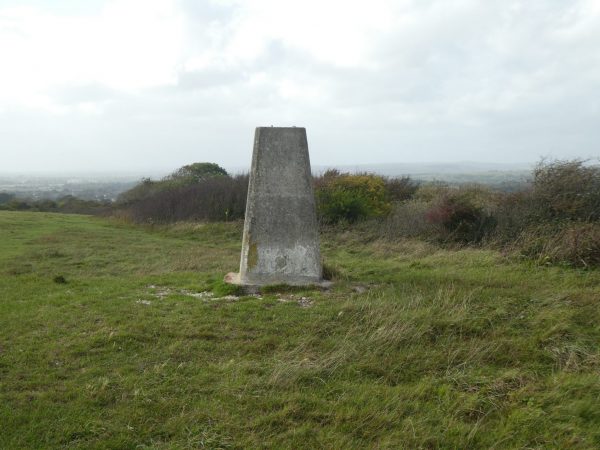 From the trig pillar I head west across the National Trust land and at a crossing of footpaths turn right to follow a path heading north between hedgerow. 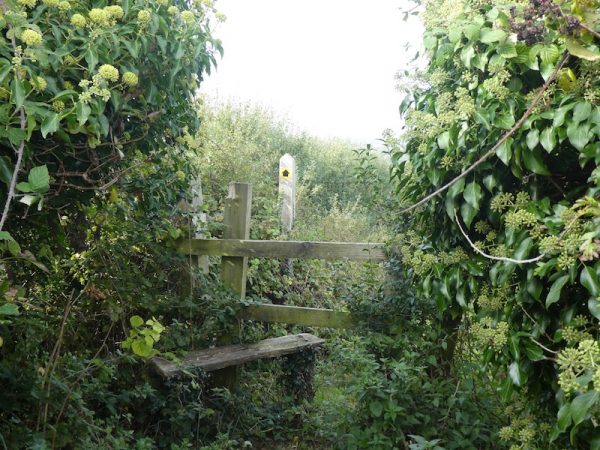 I cross a couple of fields and then a small stream, still keeping to the way marked route as it heads towards the A280. 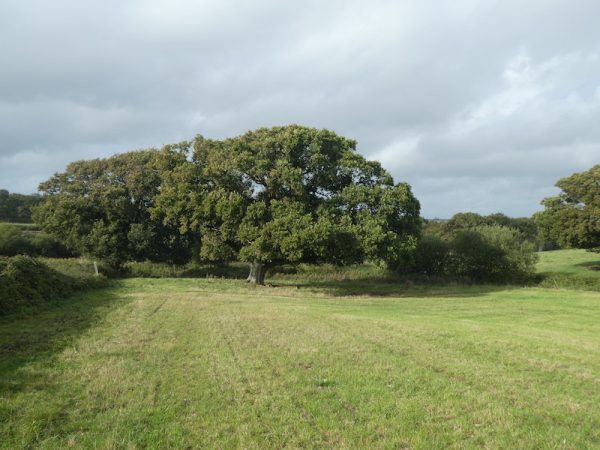 On reaching the main road I cross and turn left along the pavement heading towards Angmering.  I keep with the pavement as it leaves the main road to join the route of a disused road, it is amazing how quickly nature takes over, the full width of the roadway is now only just visible amongst the brambles and bushes. 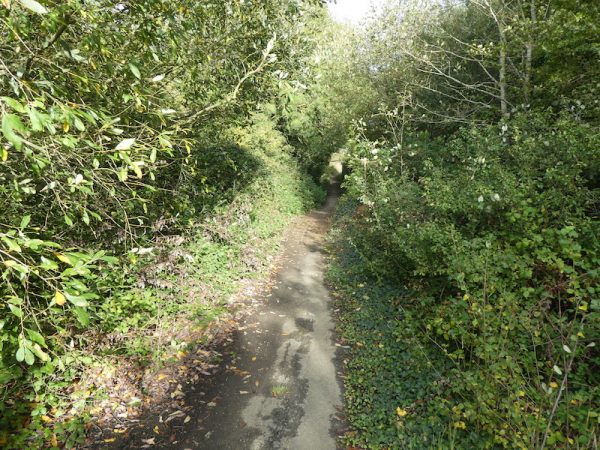 This route brings me to the entrance of the Oval Raceway; the sign states this is the only banked oval in the south.  I am not into motorsport so the significance of the banking is lost on me.  I follow the footpath up the driveway of the racetrack.  This takes me past the entrance to the track that apparently hosts, amongst other motorsport, banger racing and go-karting. 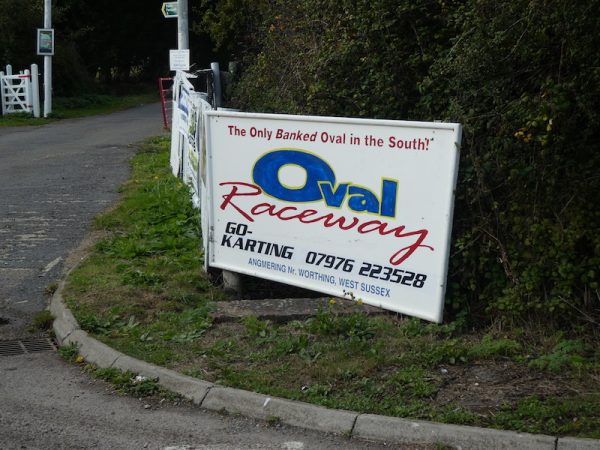 Near the gate to the racetrack the footpath turns left to run besides a field heading west towards Dapper’s Lane. 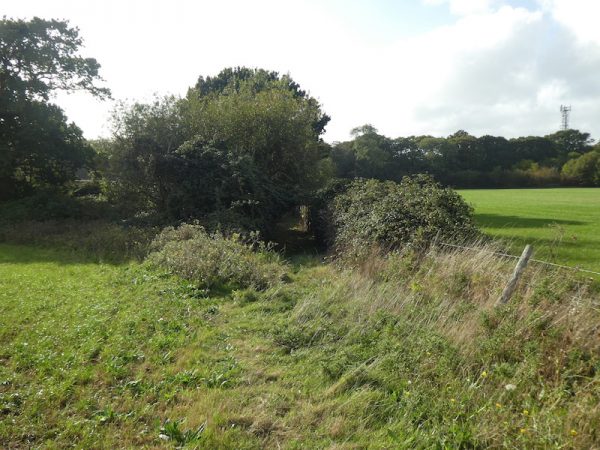 On reaching the lane I turn left and walk into the outskirts of Angmering.  At a junction I turn right into Water Lane and then very quickly take a left onto Weavers Hill.  I stay with this road as it heads steadily uphill on the outskirts of the village.  At a junction with the High Street I turn left and walk through the village.  At a grass triangle I take a no through road on the left signposted to the Spotted Cow public house. 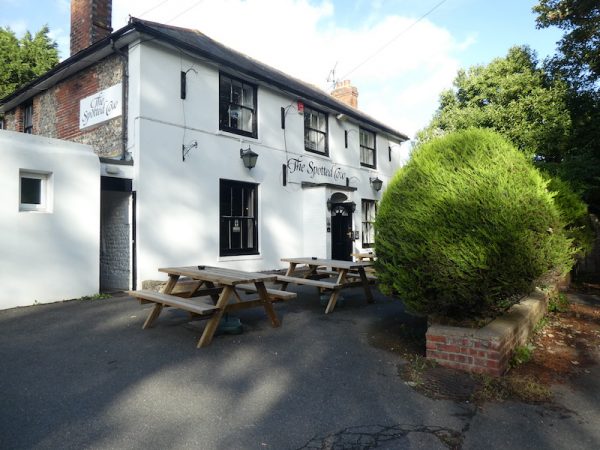 I resist the temptation to pop into the pub for a pint and continue along the lane, the footpath veers to the left and then crosses the A280 on a footbridge to reach Ecclesden Lane.  Here I turn right and stay with the lane as it sweeps around the edge of Ecclesden Manor to head east back towards Highdown Hill with nursery fields to the south. 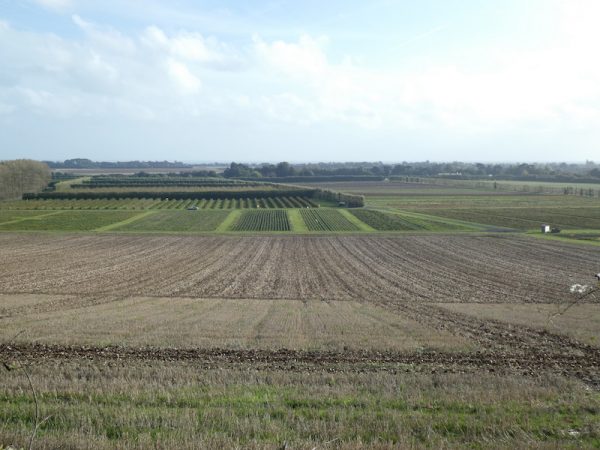 At a junction of paths I turn left and follow a fenced path north, from here I get a good view of Highdown New Mill, apparently also called Ecclesden Mill.  This mill was originally built in 1826 and worked until 1872.  A storm in 1880 resulted in the loss of the sails and cap and it stood derelict for many years before being converted into a house in the 1970’s. 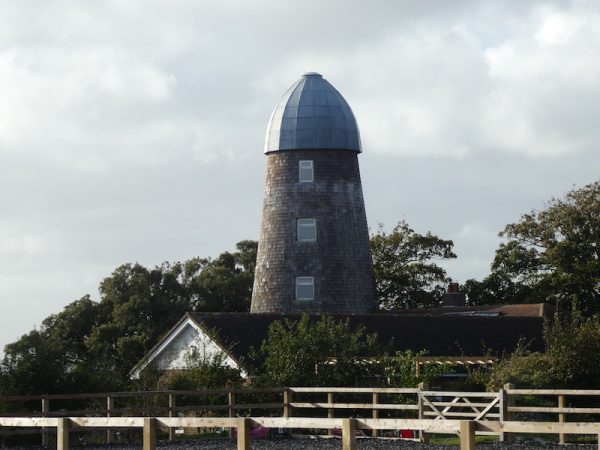 The footpath turns to the right and heads east towards Highdown Hill.  I enter the National Trust land at the junction of paths I had been at earlier.  From here I continue across the hill retracing my steps towards the hillfort and then down towards the Millers Tomb.  In the distance I can see Worthing. 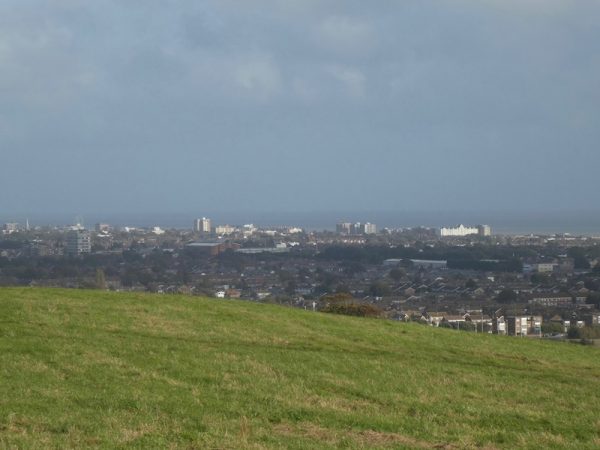 From the tomb I retrace my route back to Northbrook Farm caravan site.  My walk has covered 6.5 miles.  It is now time to plan a longer outing for tomorrow.

You can view this 6.5 mile walk on OS Maps and download the GPX File Here (Subscription to OS Maps Required)