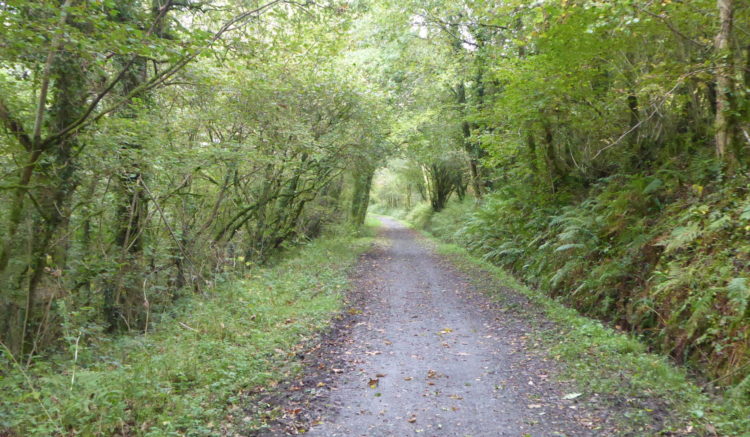 Today is another day when I am out on my own with the dogs. Lynnie has decided to spend the afternoon wandering around Bideford before visiting her Uncle. When we stayed at Seabreeze last year we walked sections of the Tarka Trail, this afternoon I plan to explore some more of it.

My starting point is the car park at Great Torrington Common, which is on the edge of the town. I start by heading northwest across the Common gradually descending towards the A386. 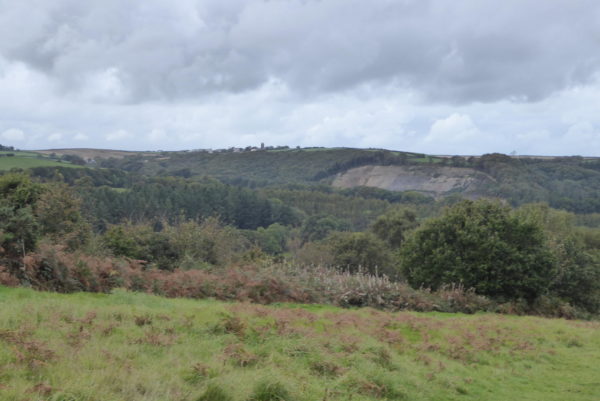 As I reach the road I turn left on a track and then take a left to cross a stream and keep to the left going along the base of Furzebeam Hill at a gate I join the Tarka Trail and turn right still heading away from Great Torrington. I quickly reach a bridge over the River Torridge and then very soon another bridge with Beam Weir to the left. 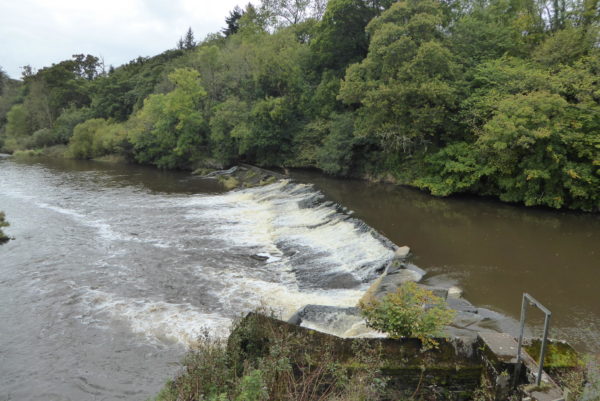 Soon I take a footpath on the right taking me off the Tarka Trail and onto the southerly route of the Rolle Canal. Construction on this canal commenced in 1823 and was financed by John Rolle, 1st Baron Rolle (1750-1842). The canal ran from the River Torridge at Landcross to Rosemoor near Great Torrington. 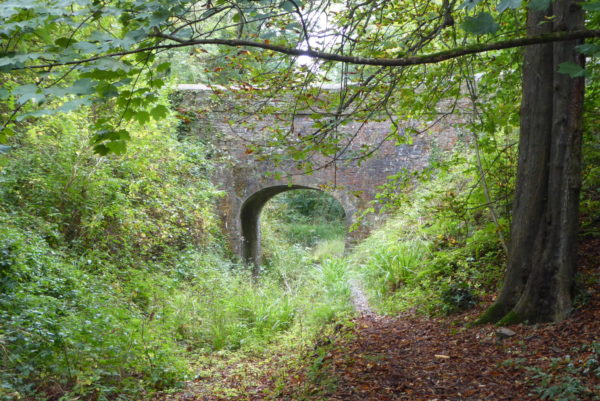 The section that I am walking along is an outstanding piece of engineering. An information board explains that it was cut into the side of Furzebeam Hill, thereby limiting the need for expensive locks. In order to reduce the amount of water required the canal is very narrow, only single width.   The whole canal was built by hand and took about two and a half years to complete; it is a pity there is so little of it left to see. 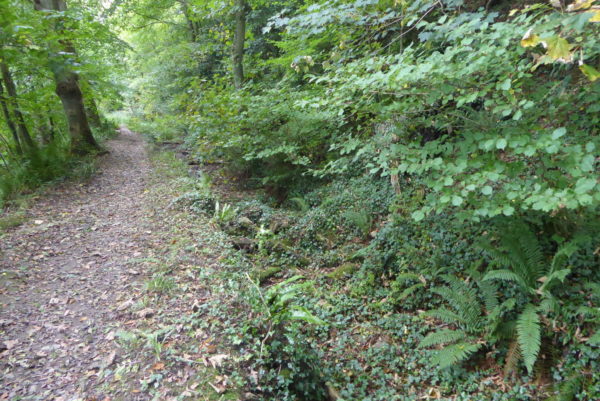 The path I am on soon reaches the gate where I had earlier joined the Tarka Trail; once again I join the trail, but this time head south back towards Great Torrington. Soon I reach the old disused railway station of Great Torrington, which now houses the Puffing Billy pub and a few bits of old rolling stock. 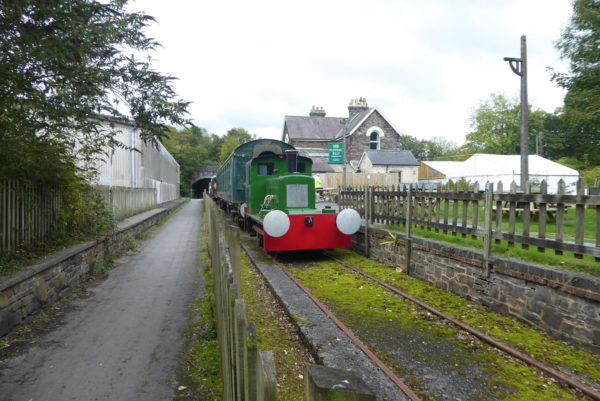 I pass through a tunnel under the road leading to Rolle Bridge to reach a bridge over the River Torridge as I look back to my right I can see both the Rolle Bridge and Rothern Bridge.   The latter is a 15th century bridge, which carried traffic across the Torridge prior to the construction of Rolle Bridge in 1928. The demolition of Rothern Bridge was proposed but thankfully it was saved for future generations to enjoy. 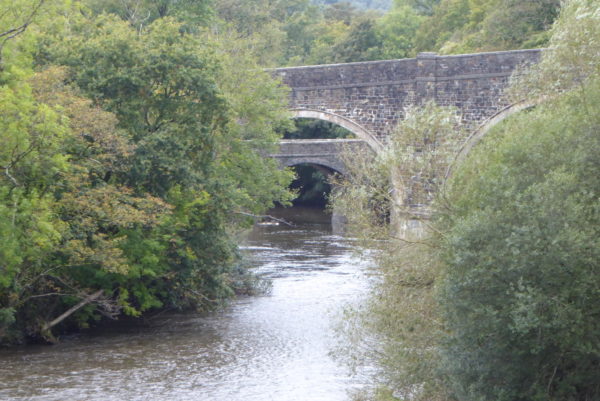 The route is now very straightforward and follows the route of the old railway track. Initially there are families wandering about, but as I get further away from the old station I only see the occasional cyclist. Dotted along the way are some interesting benches with woodcarvings that are in need of some restoration. 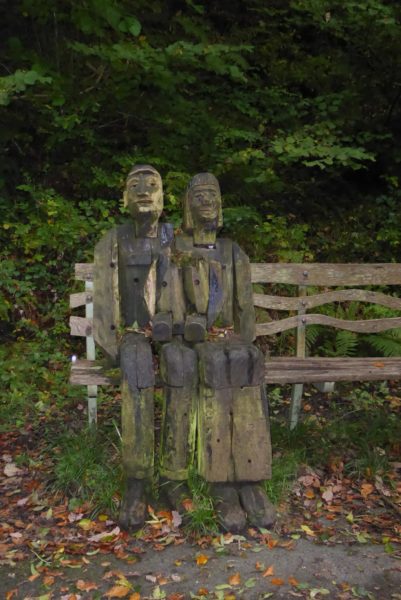 I reach Watergate Halt station, a remote single platform where locals could board the train. 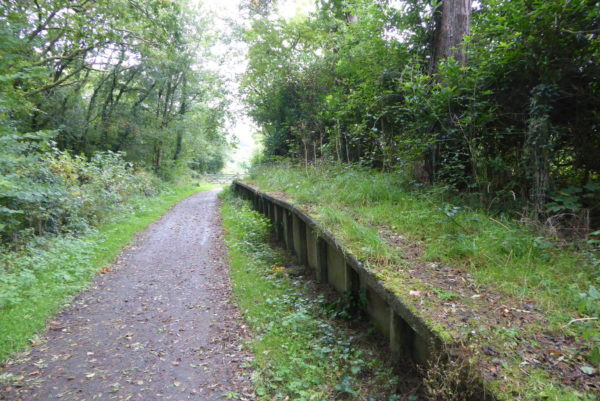 After crossing the road I continue along the trail and then at a junction with a lane turn right to head uphill towards Berry Cross. It has been a very pleasant stroll along the trail, covering close to four miles. Along the lane views start to emerge and I can see rain clouds heading my way. 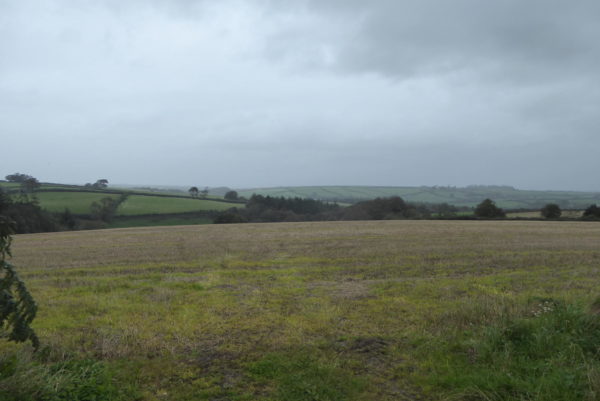 I stay on the lane all the way to Berry Cross, as I approach the outskirts of the village I turn right to stay on the main lane at a crossing of tracks. At the cross roads in the village I head straight over and soon reach the trig point concealed in the hedgerow. This is the 27th OS trig point I have “bagged” this year. 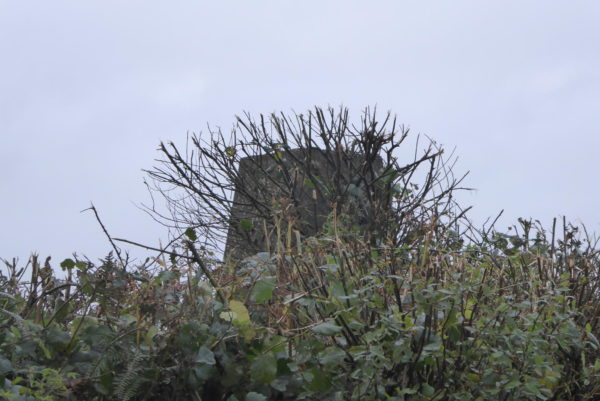 A few hundred yards after the trig point I reach a converted chapel. This was one of the chapels on the Shebbear circuit that William O’Bryan a former Methodist minister preached at in 1815. He started preaching at nearby Lake Farm and his followers were known as Bryanites until someone accused them as being Bible Christians. The name stuck and the church grew and then merged with the Methodist church. 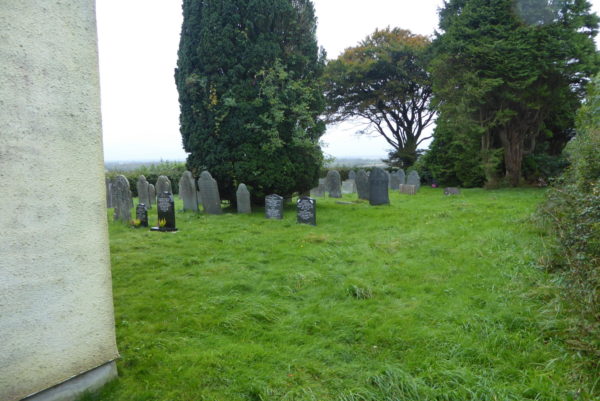 I turn right along a track gradually descending to another minor road where I turn right to Shebbear Cross then left. At Sandylane Cross I turn right signposted to Langtree Week. At a fork in the road I go left and then at the next junction left again. Shortly the lane swings to the right and descends steeply to reach a bridge under the Tarka Trail. It is then a stiff climb up the lane to pass West Ford Farm.

This is pleasant walking along very quiet country lanes; at Five Lane End I go straight across heading towards Taddiport and then continue on this road downhill into the village. Approaching the village I hear live music, passing the village hall I discover it is Taddifest day and there is almost continuous entertainment at the village hall. 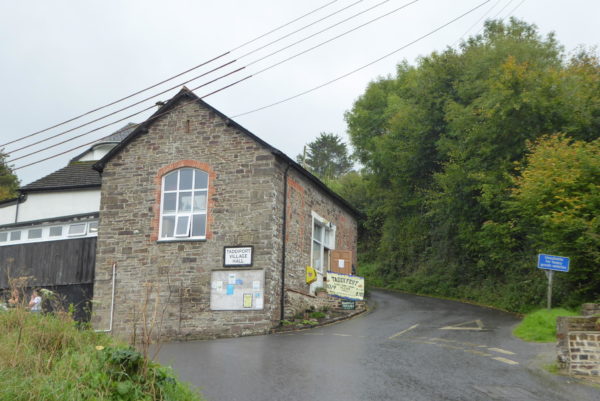 Taddiport is an interesting place close to the River Torridge; in the middle ages it was a leper colony. I spot an old water pump in the wall close to the village hall. 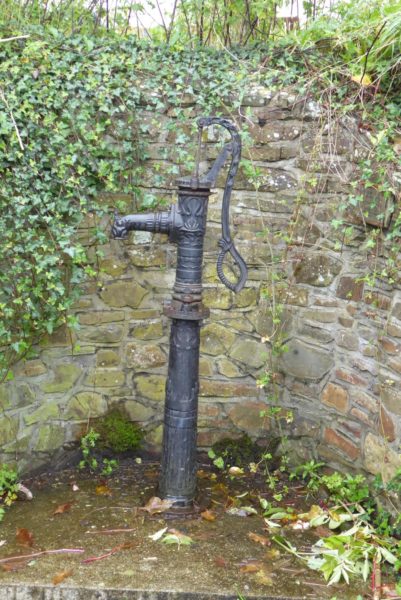 Turning right at the church that was known as the Lepers Chapel I cross the River Torridge. 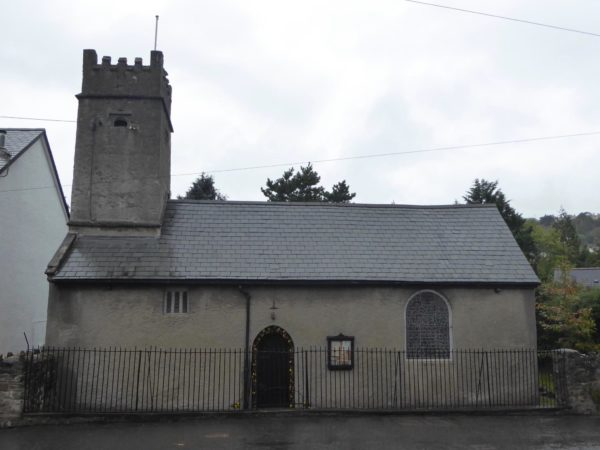 On the opposite side I pass a disused factory building with some interesting art-deco features. 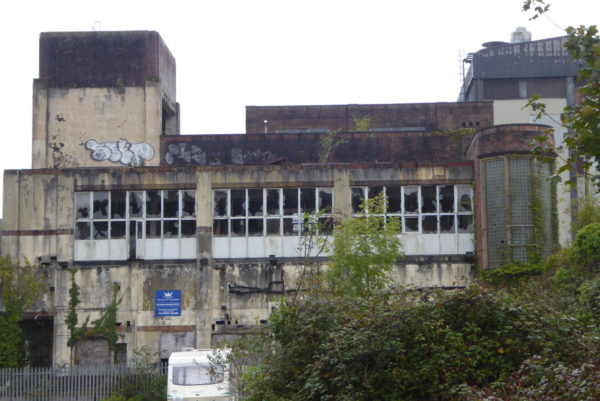 Then it is the steep walk up Mill Hill to reach Great Torrington. I am conscious of being late to pick Lynnie up so don’t linger too long. This is an attractive old town with a number of fascinating features. 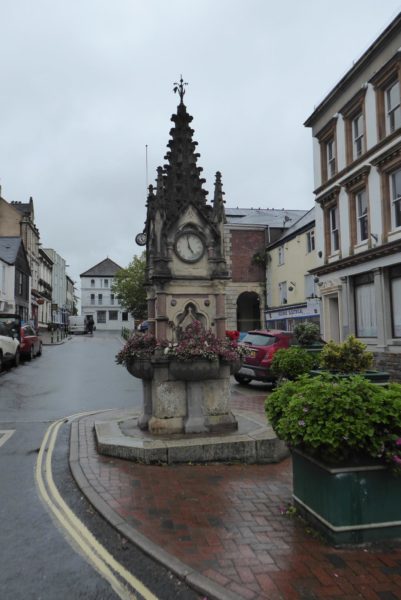 I will add it the list of places for Lynnie and I to return to another day to explore in more depth. My route out of the town is on the pavement besides the main road. This leads me back to Great Torrington Common. I have covered close to twelve miles, so a good afternoons stroll exploring this cracking part of North Devon. 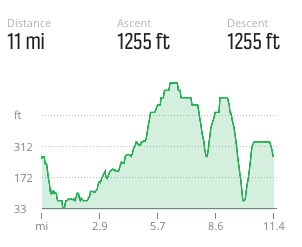