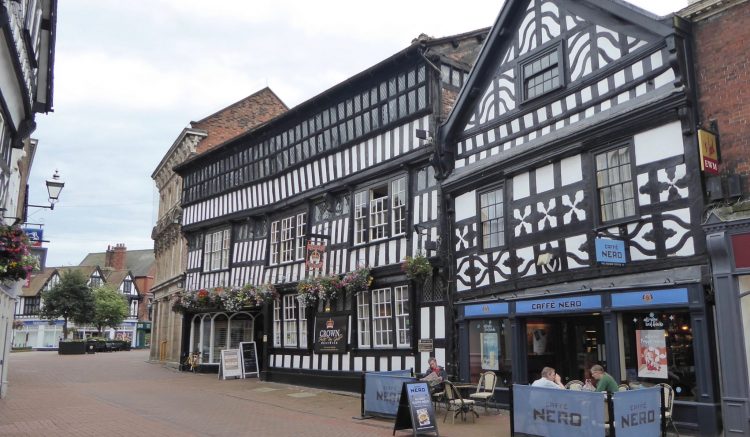 A week ago today we spent an enjoyable afternoon wandering around Dumfries, so we have decided to do something similar today and take a stroll into Nantwich.  We have been in the area for almost a week but have yet to go into the town famous for it’s black and white timbered buildings.  A Sunday afternoon, when the shoppers have departed is an ideal time to visit.

We leave Swanley House CL by turning right along Swanley Lane and after half a mile turn left along Dig Lane and follow this for almost a mile until we reach Marsh Lane where we turn left and walk towards Nantwich.  On the outskirts of the town we cross the Shropshire Union Canal. 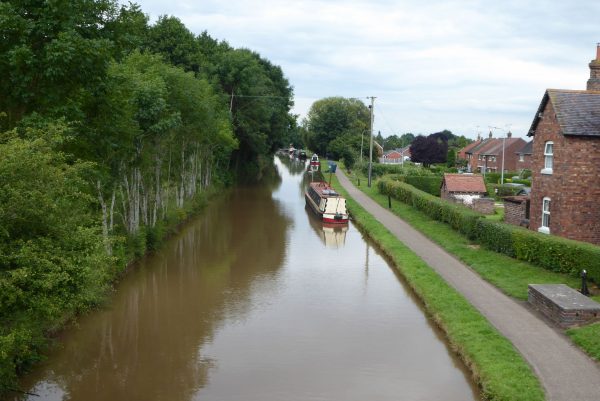 We continue straight on walking through houses along Queens Drive, soon reaching a park on our right that we walk through following the signs for the town centre.  We cross the River Weaver and continue in the park to reach Water Lode (B5341) at Mill Island.

For centuries a mill stood on this spot, originally a corn mill then around 1788 it was converted to a cotton mill and became known as Bott’s Mill.  It closed in 1862 but re-opened a few years later as the Nantwich Cotton Spinning Company.  Later it was sold again and ceased cotton manufacturing in 1874 and returned to being a grain mill.  Parts of the mill were then used as a clothing factory and foundry.  Towards the end of it’s life it was a billiard hall but was destroyed by fire in 1970 and demolished.

There are good views of Nantwich Bridge, sometimes called Welsh Bridge; this was built in 1803 replacing an earlier bridge from 1664. 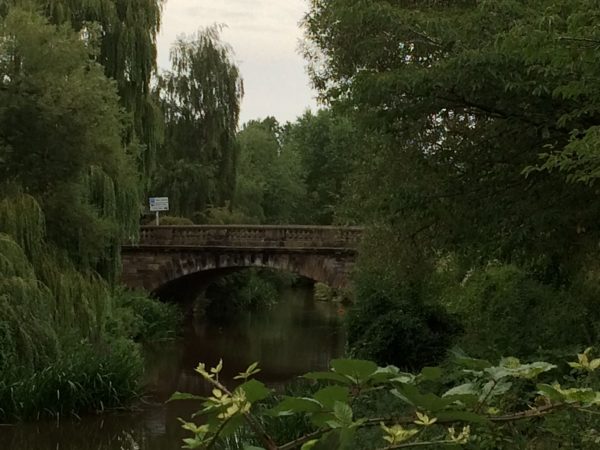 On Mill Island stands a large granite boulder, an inscription explains it was discovered during the construction of the Nantwich bypass.  It is assumed that it was once part of the Criffel near New Abbey, Dumfries (we walked that hill last week), during the ice age it was carried two hundred miles south and deposited on the glacial sands of the Cheshire Plain. 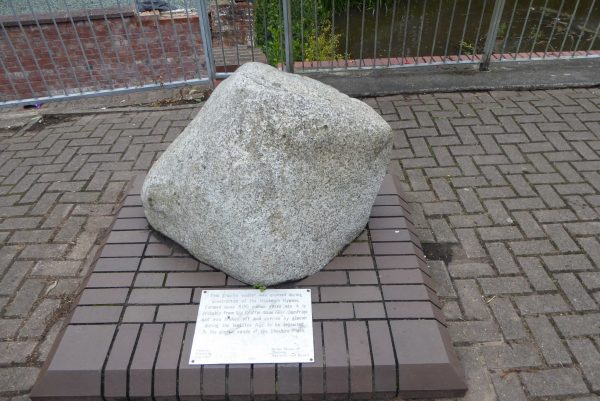 Mill Island has a plaque close to the spot where the Great Fire of Nantwich started.   According to the local museum’s website the fire started on 10th December 1583 when a local brewer living in Waterlode started a fire that burned for twenty days and destroyed 150 houses, inns and other buildings.

Half the population of Nantwich were made homeless, about 900 people, but only two lives were lost.  When news of the fire reached Queen Elizabeth I she ordered a national collection for the rebuilding of the town and made a contribution herself of £1,000.  The rebuilding of the town took three years and resulted in the black and white timber houses which are still prevalent today. 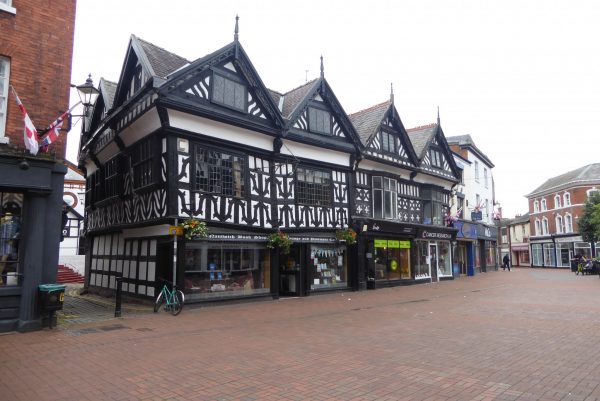 As we wander around the town we are treated to the sound of the bells of St Mary’s Church calling the faithful to prayer.  As the time approaches for the start of the service the peals speed up and some of the old folk appear to have left it a bit tight to get there for the start.  It is reminiscent of the ending credits of the old Benny Hill show and we are concerned that the exertion might result in one or two of the faithful meeting their maker sooner than they intended. 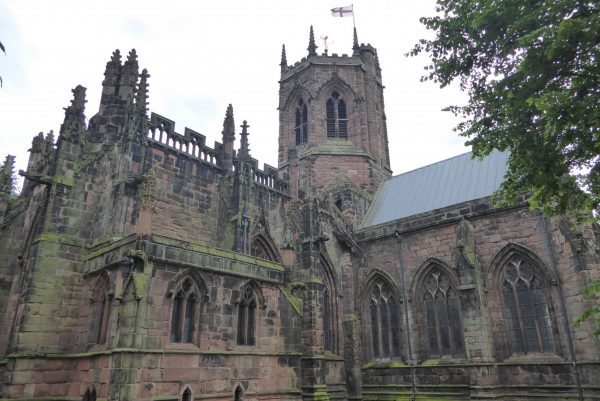 Apparently the green in front of the church was used as a mass grave for the victims of the 1849 cholera outbreak.  In a three month period over a thousand cases were reported with one hundred and eighty people dying. 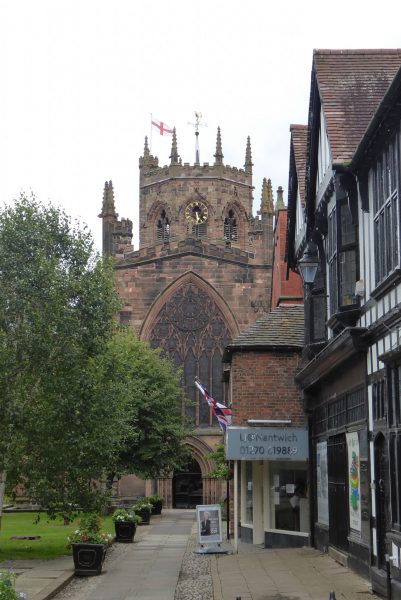 Nantwich’s industrial history appears to have been around the production of salt with the naturally occurring brine in springs being heated and salt extracted.  With the advent of the mining of rock salt elsewhere the local industry ceased in the 1850’s.

The other industry that was prevalent here was tanning and the production of leather goods.  Apparently Nantwich residents are known as “Dabbers” a process that relates to both tanning and shoe making.

There are many fine buildings in this town.  We are struck by No 1 Pillory Street, a plaque states this was built in 1911 as a store for Messrs Chesters, they were local greengrocers, and the design was likened to that of the Lusitania. 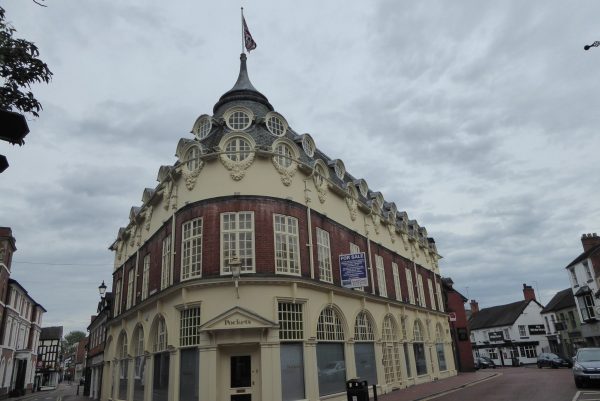 We head out of town along Welsh Row; almost every building in this street is of interest.  I am taken by the Old National Savings Bank at No.39 built in 1846. 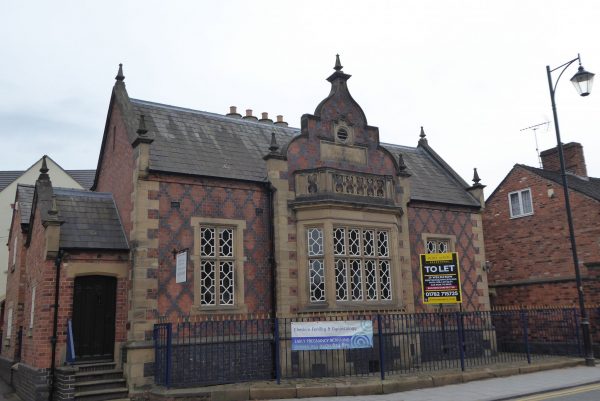 Further up Welsh Row are the Tollemache Almshouses; these were built by John Tollemache, a descendent of Sir Roger Wilbraham in the gardens of what were Wilbraham’s Almshouses.  Sir Roger Wilbraham (1553-1616) was a local resident and prominent lawyer.  Queen Elizabeth I made him Solicitor-General for Ireland.  Around the area there are a number of almshouses and other examples of his philanthropy. 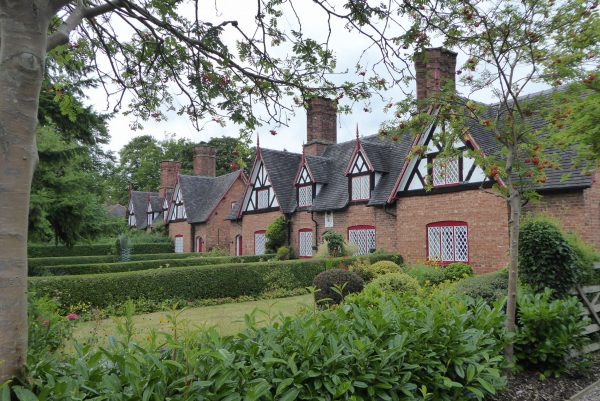 We head under the Nantwich Aqueduct that we walked over a couple of days ago. 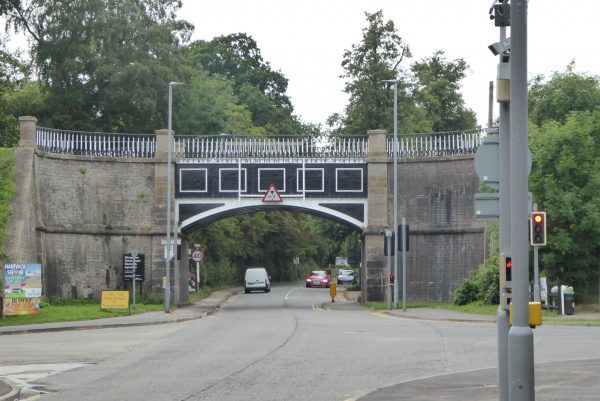 Leaving the town on the pavement alongside Chester Road we are soon passing the grounds of Dorfold Hall where preparations are well under way for the annual Nantwich Show and Cheese Festival.  Later, looking at their website, I discover that over 4,500 different cheeses are on display, making it the largest cheese show in the world.  When we planned this trip we hadn’t realised the festival was on, had we known we would have stayed longer and paid a visit “we do like a bit of cheese Gromit”.

We pass the fine entrance to Dorfold Hall, Sir Roger Wilbraham owned this estate, but his younger brother and heir Ralph Wilbraham constructed the current house in 1621. On reaching the village of Acton we turn left along Monks Lane passing St Mary’s Church, just inside the churchyard is a sandstone sundial, which was originally a medieval cross but converted to a sundial in the late 17th century. 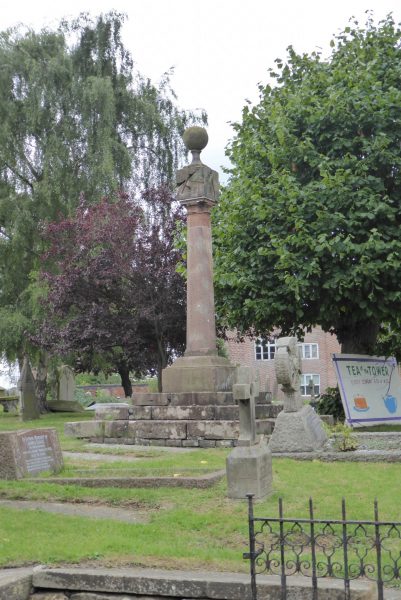 Also in the churchyard is the grave of A.N. Hornby (1847-1925) he was the first of only two men to have captained England at Cricket and Rugby and it was the defeat of his team against Australia in 1882 which led the start of the Ashes.  He also played football for Blackburn Rovers.

We walk along Monks Lane on an overgrown, very narrow, pavement, it is a tight squeeze but thankfully we keep to the path in single file.  For suddenly, around a corner comes a speeding motorbike, leaning at a sharp angle and travelling far in excess of the 30mph limit.  He almost brushes me as he passes, I hate to think what would have happened to him or me had we touched.

It is one of those occasions when the enormity of what might have happened takes a few minutes to sink in. Had we been walking with a wheelchair or pushchair we would have needed to be in the lane, or had I been six inches further over he would have surely hit me and then Lynnie behind me.  It makes the knees go weak just to think of it.  Hopefully the shock will slow him down, but somehow I think the only thing likely to slow this maniac down is to hit something.  Let’s hope he does not kill someone in his desire for a thrill.

We turn left into Swanley Lane and at a crossroads see Ravensmoor Windmill, as the name suggests it is a former windmill, but the original roof and sails have been removed and replaced with a water pump. 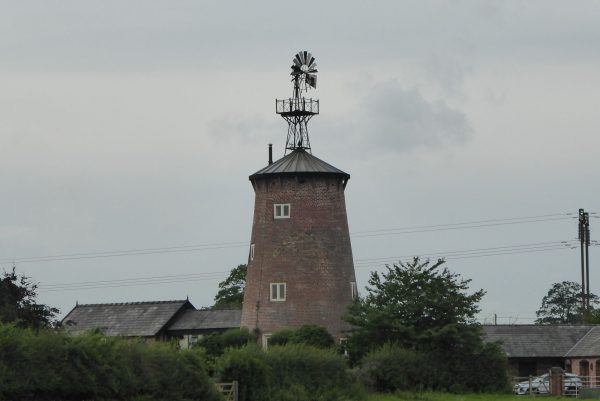 From here it is just a short walk to Swanley House CL along Swanley Lane and then turning left before Swanley Bridge to return to Swanley House CL.  We are both in need of a stiff drink; the nerves are still jangling from the near miss in Monks Lane.  Apart from that we have had an interesting wander around covering just over six miles. 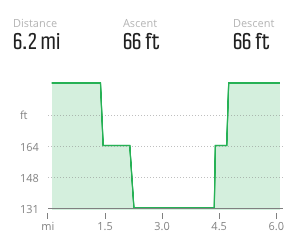