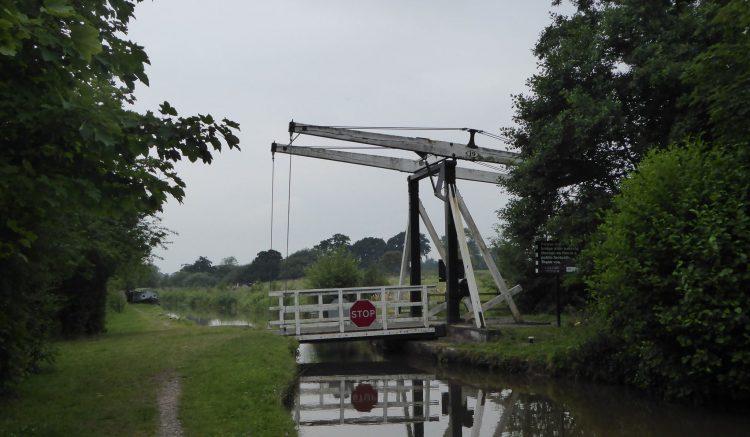 Following yesterday’s short walk along a section of the Llangollen Canal I am eager to go further today.  After a moving day I am never keen to drive far so decide to start from Swanley House CL.  Lynnie has declined joining me; she wants to sort out around the caravan and then finish the biography of Samuel Pepys that she has been reading for most of this trip.

I head off with the dogs, turning left out of the CL and at the junction turn left again and before reaching Swanley Bridge take the footpath down to the towpath of the Llangollen Canal. 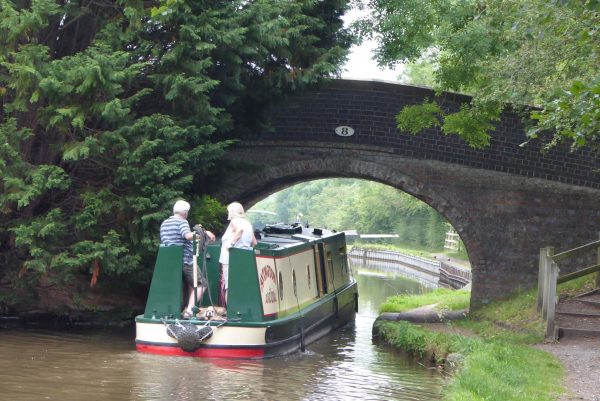 This canal was originally built as the Ellesmere Canal with the aim of connecting the River Mersey to the River Severn.  Work started in 1795 but was never completed.  The water source for the canal was to have been the River Dee at Wrexham, but the link was never made so a feeder was built from the River Dee at Llangollen.

Renamed the Llangollen Canal in the late 20th century the canal runs for 46-miles from Llantysilio Bridge, just beyond Llangollen, to the Shropshire Union Canal at Hurleston Junction a few miles north of where I joined the canal. 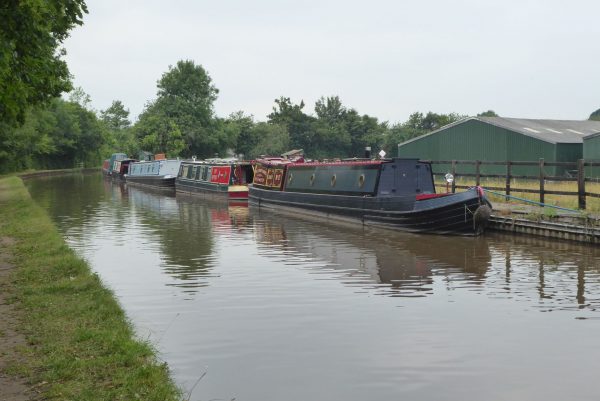 Very soon I am passing under Butcher’s Bridge (No.9) 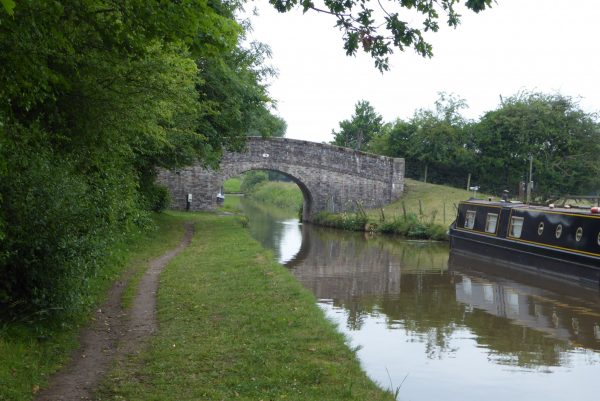 Then almost immediately it is Swanley No.1 Lock. 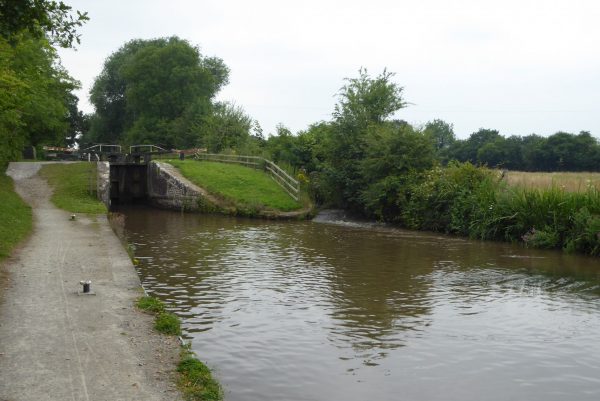 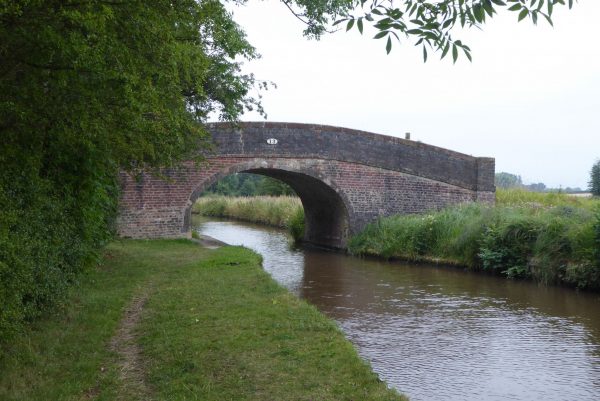 I am now about a mile and a half into the walk and setting a good pace. Next up is the first of the three Baddiley Locks, this is No.3, it immediately strikes me is how much water is flowing down the side of the lock. The Baddiley Locks were built in 1805 and designed by J Fletcher and Thomas Telford. 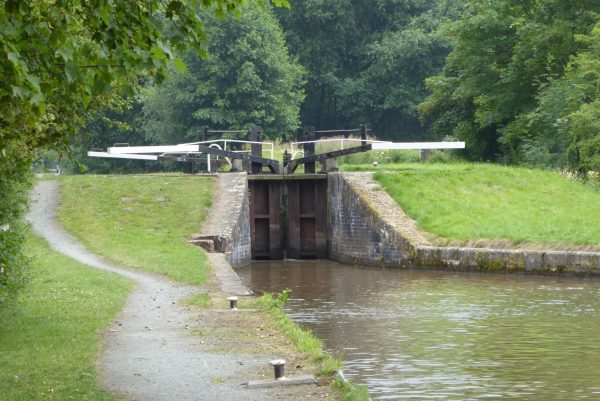 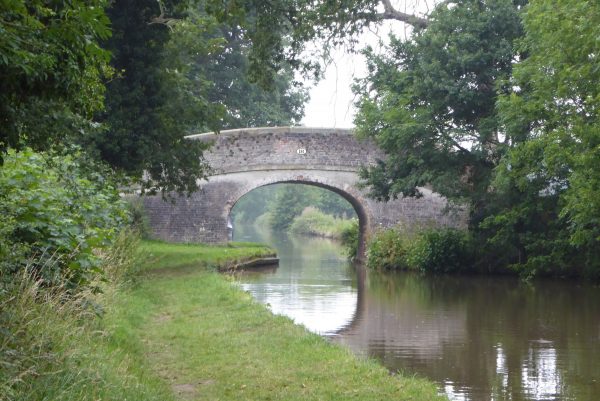 Amazingly so far I have not met anyone on this walk.  Bridge No.19 is Wrenbury Church Bridge, this is a lifting bridge designed by Thomas Telford.  Soon I reach Wrenbury Bridge, another Telford lifting bridge, this one is automated and with barges waiting to coming through a queue of cars is building up. 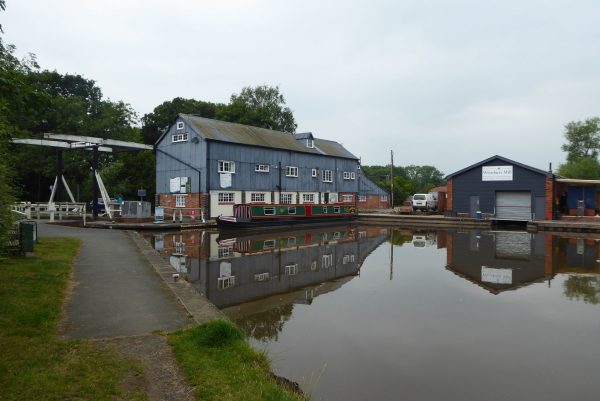 I leave the canal path here and pass the Dusty Miller pub, a converted Corn Mill, and then the Cotton Arms.  I have seen good reviews of this pub but decide I should wait and return here with Lynnie to sample a pint.

I have decided to walk back via the quiet, country lanes.  Walking through Wrenbury-cum-Frith I pass the village church and then the fine village school. 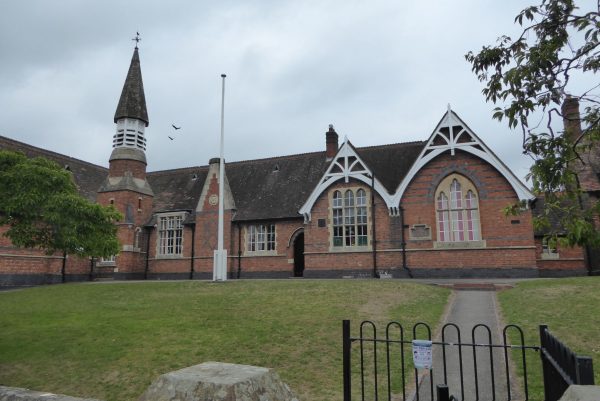 Keeping on the road I head towards Ravensmoor, crossing the canal on Wrenbury Heath Bridge and then again on Baddiley Bridge.  I continue along Baddiley Lane into Ravensmoor and then turn left at the crossroads by the Farmers Arms.  Soon on my left is the Wesleyan Chapel built in 1878.  The round window with it’s petal shapes is a cracker. 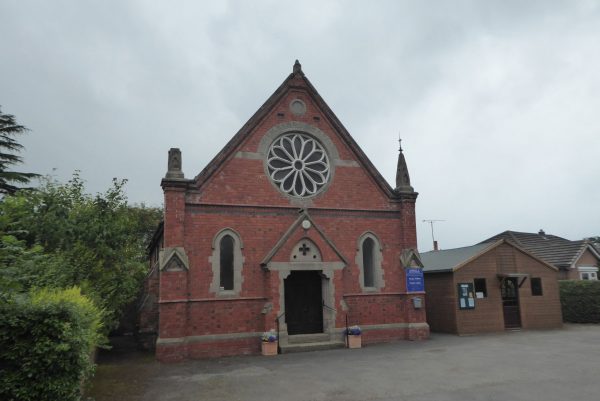 From here I continue the mile and a half along Swanley Lane to return to Swanley House CL.  My walk has covered eight miles and it has been a very pleasant afternoon.  Surprisingly I have not met a single person along the way apart from a few friendly, folk on barges waving as they chug past. 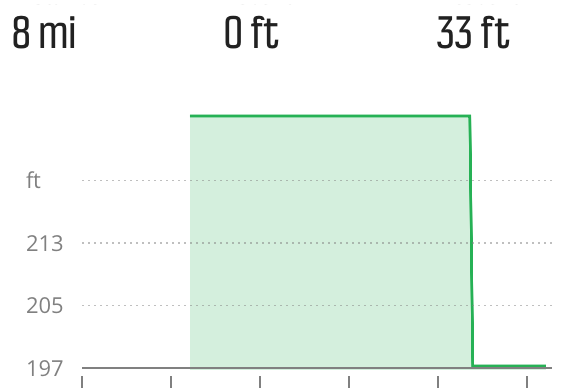