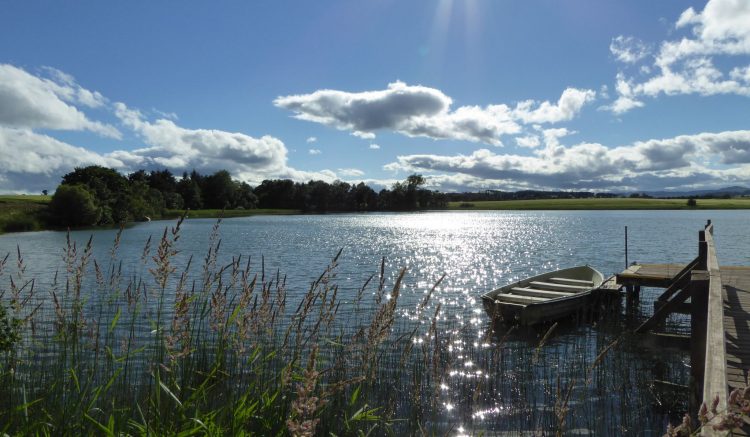 It is always interesting visiting new areas of the Country, there have been very few places  we have disliked and some we immediately like the feel of, Quarryhill CL falls into the latter category.  It is busy but spacious and there is a pleasant morning walk for the dogs without going on roads, not that Dexter is keen to walk too far in the morning before his breakfast!

We have decided to take a trip into nearby Blairgowrie, making this the starting point for our jamabout.  As we are away for so long we are under no  pressure to rush out and explore, we have plenty of time.  This is not a holiday it is life! So it is mid afternoon before we start our stroll from the centre of the town and walk past Wellmeadow with its distinctive War Memorial.  We head towards the bridge over the River Ericht, but instead of crossing it we turn left and follow the path alongside the riverbank passing the weir. 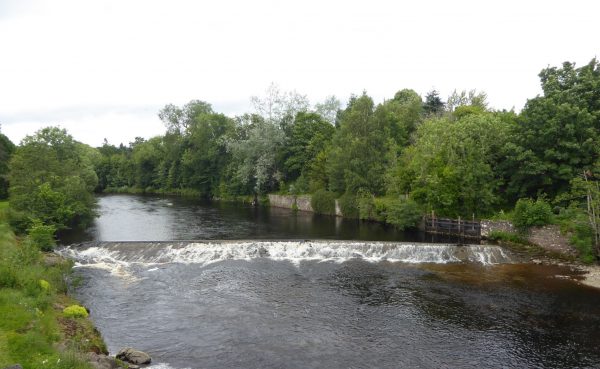 Following the riverside path we soon reach a viewpoint over Cargill’s Leap.  Donald Cargill was a Presbyterian minister and Covenanter.  I am learning a lot about Covenanters on this trip!  When, during Charles II reign, the Scottish Parliament outlawed Presbyterianism Cargill along with other ministers continued their then illegal meetings these were regularly broken up by the military.  Reportedly when escaping from the dragoons he jumped across a narrow point of this gorge, in more recent years part of the gorge was blown away to discourage people from trying to repeat this feat. 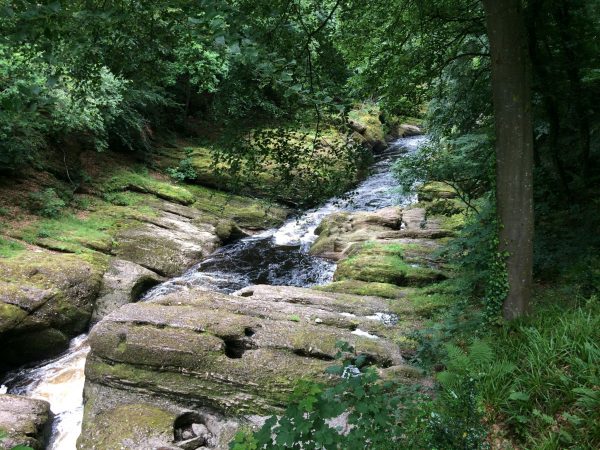 After being injured in the Battle of Bothwell Bridge on 22 June 1679 Cargill fled to the Netherlands, but returned a year later and continued to upset the crown.  He drafted a declaration of principles, known as the Queensferry paper in which he called for signatories to overthrow the kingdom of darkness.   He was eventually arrested and sentenced to death; he was hanged in Edinburgh on 27 July 1681.

We resume our walk and soon pass a restored mill before joining a minor road and double back towards Blairgowrie.  We follow the road past farms to reach the outskirts of the town where the road becomes Upper Allan Street, we then take the fourth turning on the right into Newton Terrace following this as it crosses a number of other roads climbing out of the town. 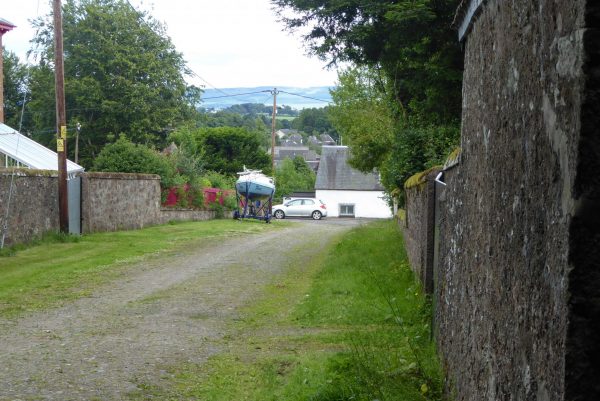 Eventually the road leads to a track straight ahead, signposted the Ardblair Trail.  Apparently this area is known as Gallowbank because it is where public executions were held. The way becomes a fenced path between fields, it then turns sharp left to head down to the A923.  We turn right and walk along the pavement and then at a footpath sign cross the road to follow a farm track past barns. 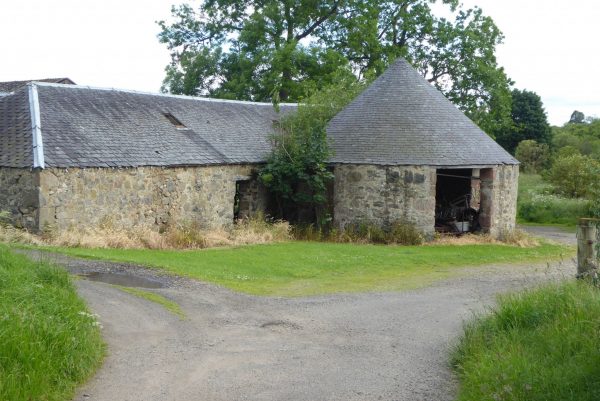 After the farm buildings we bear right and at a junction of tracks turn left following this track as it narrows to a path between hedges.  On reaching a road (B947) we cross to join the track opposite that soon leads to the edge of Ardblair Wood.  The information board here explains that over one hundred years ago there were about twenty thatched cottages here forming a weaving community.  Each family in the village owned a handloom and grew their own flax crop.  After World War I the village population declined and no cottages remain today. 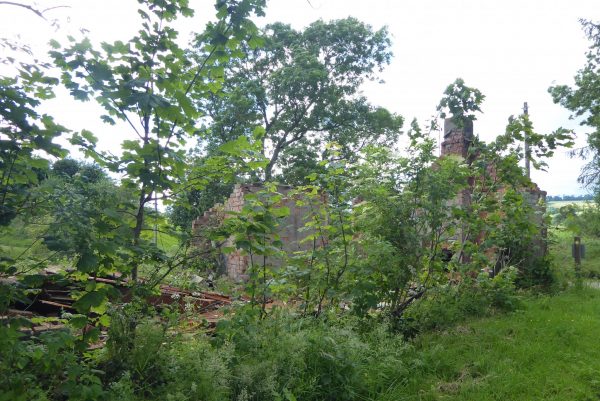 At the junction of tracks we turn right to head towards Bluebell Woods, we ignore a track on the left and then one on the right.  As the track approaches a farmyard we follow the footpath signs to the right and take the fenced path skirting the farm and then leading to Bluebell Woods.

On the OS map this wood is shown as Darroch Wood, which is apparently Gaelic for oak.  Obviously the locals call it Bluebell Wood because of the abundance of them in spring, unfortunately they have now gone over but we can see how widespread they were it must have looked spectacular.  The trees are pretty stunning too, apparently in the 18th and 19th centuries this wood was coppiced with the timber used for building materials and charcoal whilst the bark was used for tanning leather. 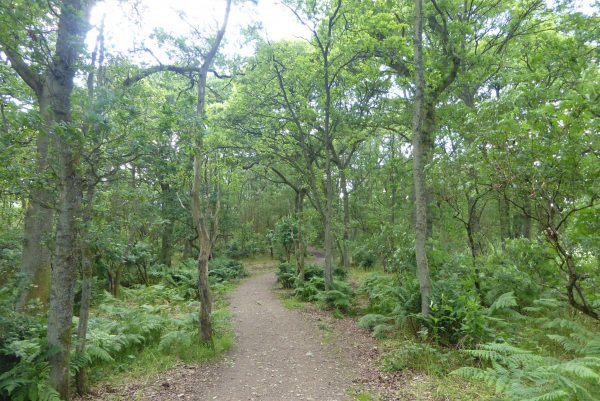 We do an anti-clockwise circuit of the woods and having almost completed the circuit exit through a gate to follow a wide path between fields towards Whitelock Farm, the path takes us around farm buildings including an old mill. 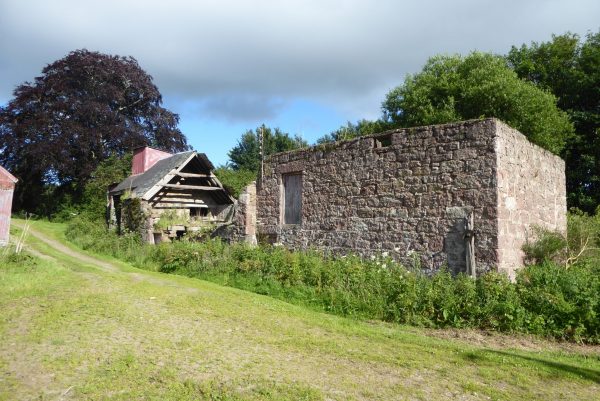 We take a short detour, turning right and wandering down to the edge of Fingask Loch, what a stunning outlook.

Whilst we admire the views the dogs start to pull towards the loch for a drink, the chap locking up the fishing boat warns us that earlier in the day the whole loch was covered in green algae and it has only cleared with a change in the wind direction.  His advice is to let them have a drink at the next loch, which is only a short distance away. 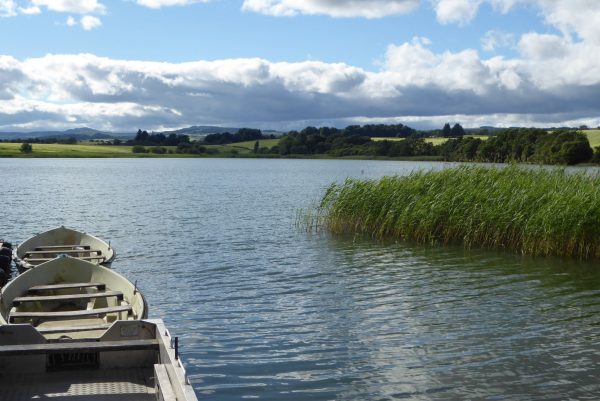 We pass the mill at Whitelock Farm and then quickly take a path on the left across a wooden footbridge leading to White Loch this is a real beauty. 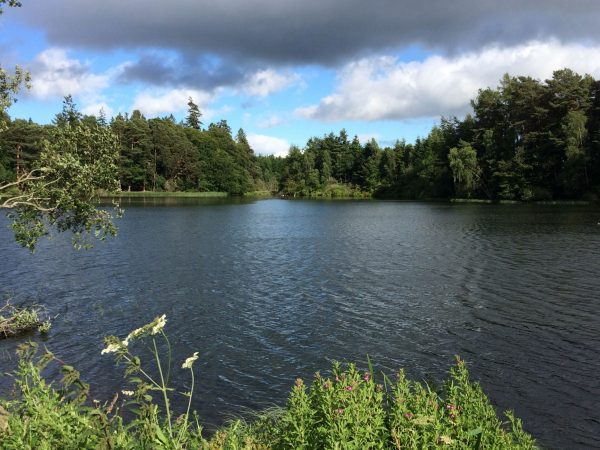 The dogs find a suitable spot for a drink and we enjoy the view across the loch.   Continuing on we suddenly come across signs of some serious beaver activity. 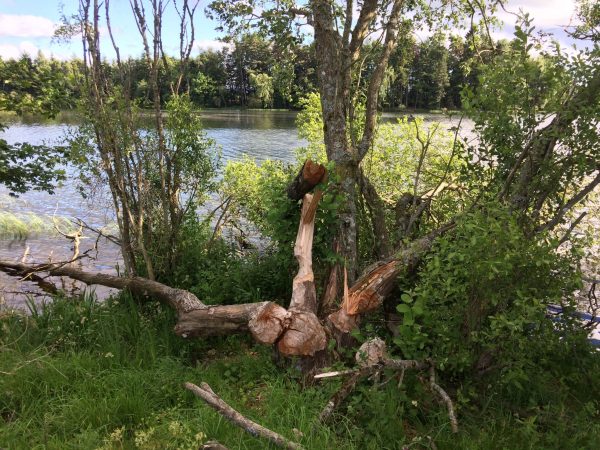 Reluctantly we leave the loch and follow the path alongside a fence until it reaches the A93, Perth Road.  First turning left along the road for a couple of hundred yards before turning right into Golf Course Lane and passing some fine houses.

Blairgowrie Golf Club has two stunning 18 hole courses, the Landsdowne and the Rosemount plus a 9-hole course known as the Wee Course.  The Club was originally formed in 1889 after a meeting in the Victoria Hotel in Blairgowrie.  Suitable land, owned by the Dowager Marchioness of Landsdowne, had been identified close to the town and the first course was built, which later became the Wee Course.  More holes were added in 1927 and again in the 1930’s.  It is now recognised as one of the top inland golf courses in Scotland, hosting major tournaments. If I had my clubs with me I would love to get out and play the two eighteen hole courses. 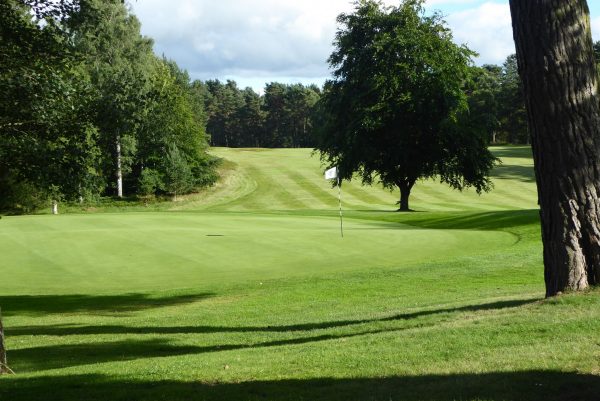 Our walk continues along Golf Course Lane where a couple of houses are for sale. Lynnie comments that I will be searching later to check the prices, the idea of a home close to such a golf course is very appealing.  But, of course, that would mean forsaking our wandering life so it is never going to happen!

At a crossroads (crossing the A923) we head straight across to follow a lane with mature trees on our left, we keep an eye out for red squirrels but these fellows appear to be very elusive, apparently there are around 120,000 of them in Scotland so hopefully we will see one soon!

Just after half a mile we pass some cottages on our left and soon after take a left turn down another minor road with expansive views across the valley to our right. 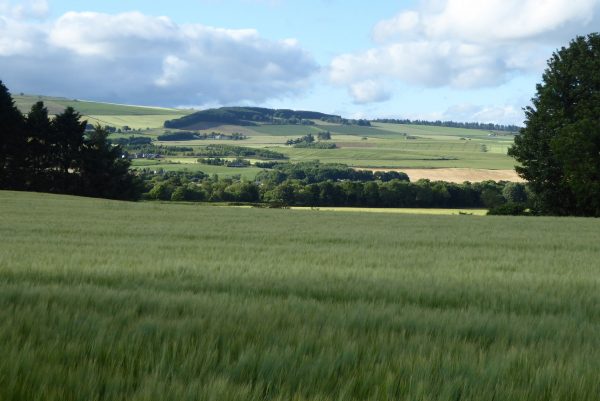 This lane leads downhill and is soon running alongside the River Ericht, we continue along to return to the centre of Blairgowrie.  Earlier there were a number of people around the War Memorial at Wellmeadow, now it is quieter so I pop across to have a look. 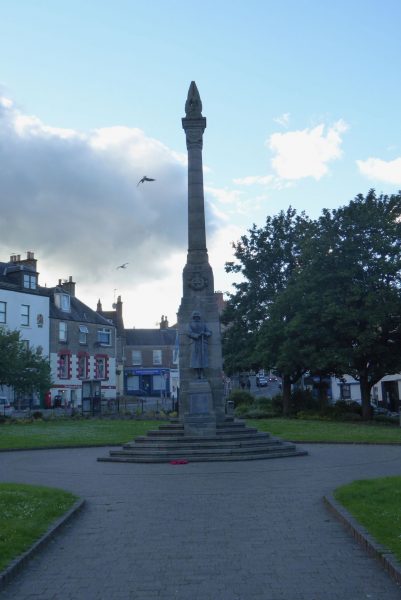 Blairgowrie is an interesting town, like so many others it has a feeling of past prosperity, by 1870 there were twelve mills alongside the River Ericht providing employment for 2,000 people, now all of these mills have gone. In the 1900’s soft fruit growing developed in the area with Strawberries and Raspberries still grown here in vast quantities.

Our walk has covered eight and a half miles and has been fairly easy going, I think I might need to look for a hill to climb tomorrow! 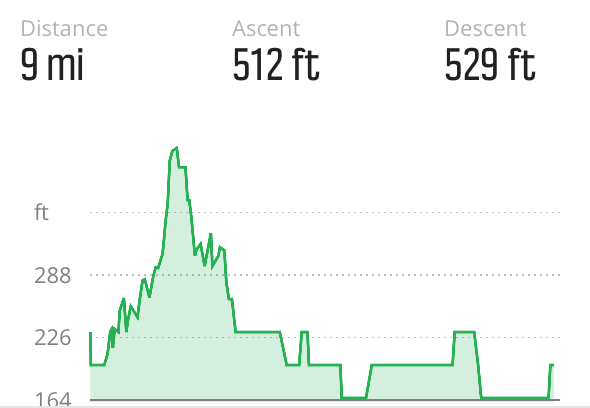