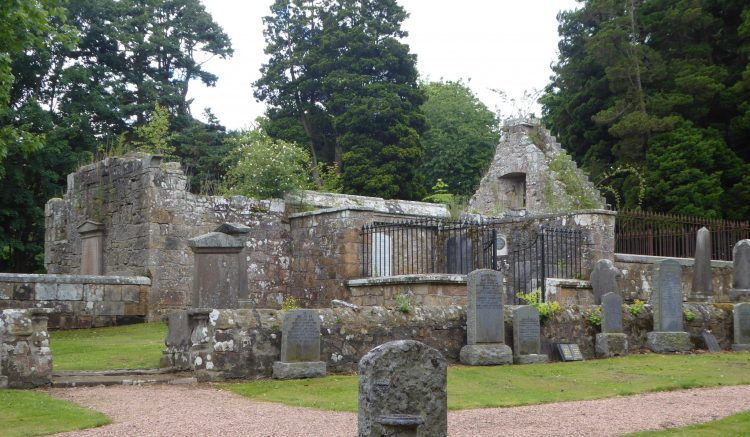 Last night we again visited the friendly Strathkinness Tavern for an excellent meal along with some fine ale.  After our meal we chatted to Graham the Landlord/Chef and he recommended a walk from the village to nearby Kemback.

Today the weather is showery and after yesterday’s exertions on the Lomond Hills Lynnie is not over keen on another jam about but does want to stretch her legs so joins me on the first section.  We leave Knockhill CL and walk along the road into the village, from the crossroads there are great views over St Andrews. 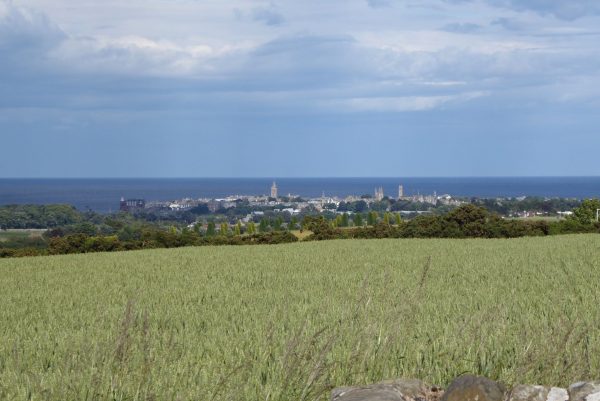 Slightly to the left you can see parts of the golf course.

We take a right at the crossroads heading down into the village and then the next right along a lane (Bonfield Road).  We are slightly surprised by the size of the village, we had not realised there we so many houses along here.  The tarmac lane soon becomes a grass track and at this point Lynnie decides to turn back and attempt to return to the van before the next heavy shower, (unsuccessfully).

The track continues with hedgerow either side but quickly emerges from trees to carry on between open arable fields.  There are acres of potatoes around here. 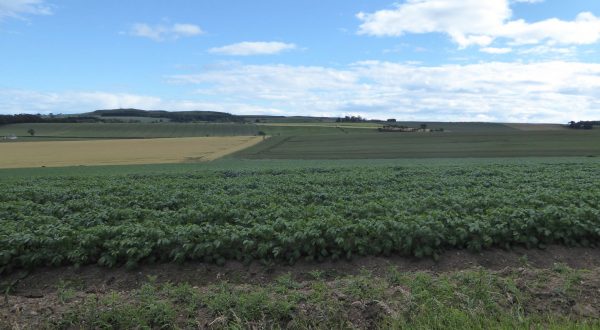 The path passes a farm at Easter Clatto and carries on into the attractive village of Blebocraigs where it joins a tarmac road to head through the village.  There are fine views to the left. 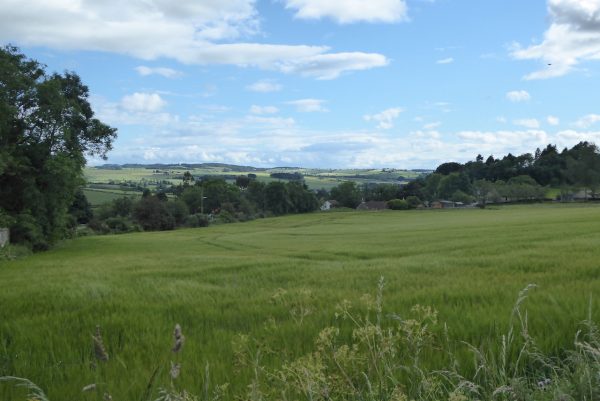 At a junction I turn to the right and carry on along this road until it reaches the top of a path leading down into Kemback.  From here the views are towards the Lomond Hills. 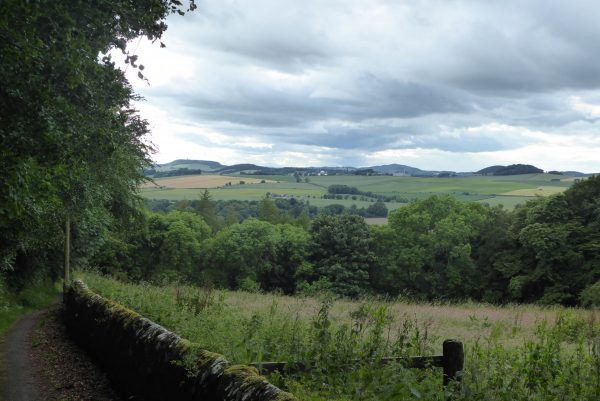 I descend the steps into Kemback, without Lynnie counting I cannot say exactly how many, but there are lots. 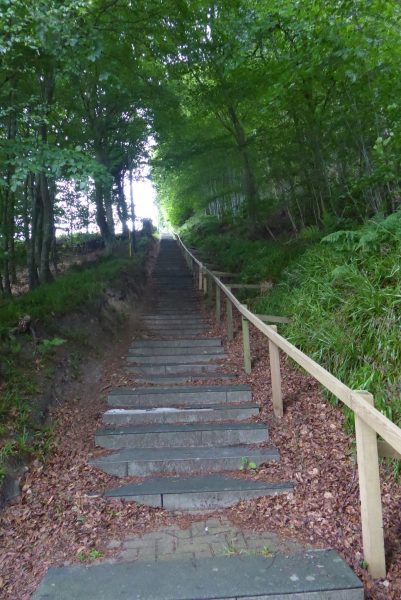 At the bottom of the hill I turn right and walk round past Kemback Church, which was built in 1814. 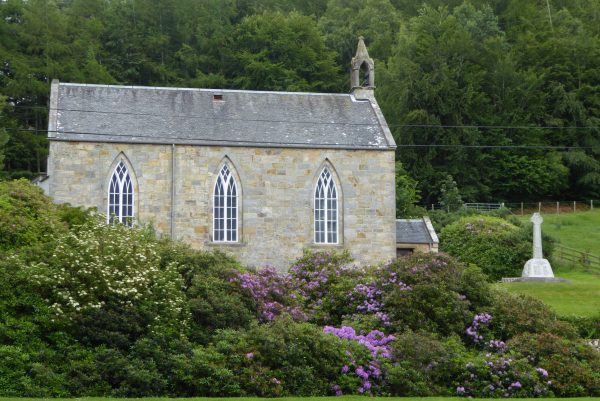 A little further down the road I enter the cemetery to visit the ruins of an older church.  The plaque on the wall says that this is the Auld Kirk of Kemback, built in 1582 and enlarged in 1760, and preserved in 1960.  It is said to be one of the earliest reformation churches in Scotland and it was used until the larger, new church was built in 1814.  In 1954 part of the east gable was destroyed when the ivy covering it caught fire and a few years later, in 1959, Fife Council wanted to remove the ruins.  Thankfully local protests worked and sufficient funds were raised to save the site. 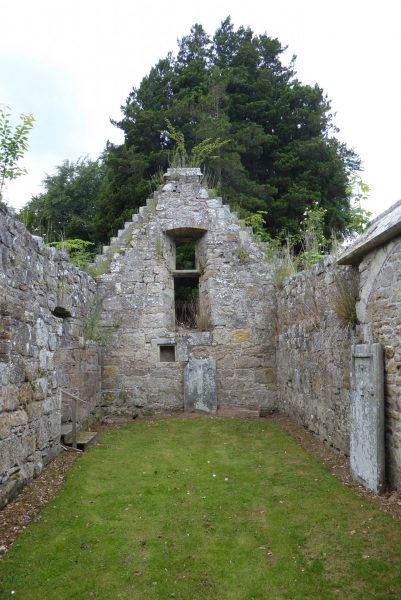 Continuing my walk I carry on down the hill and on joining a road turn right towards Dairsie Bridge soon to my left there are the ruins of an old mill. 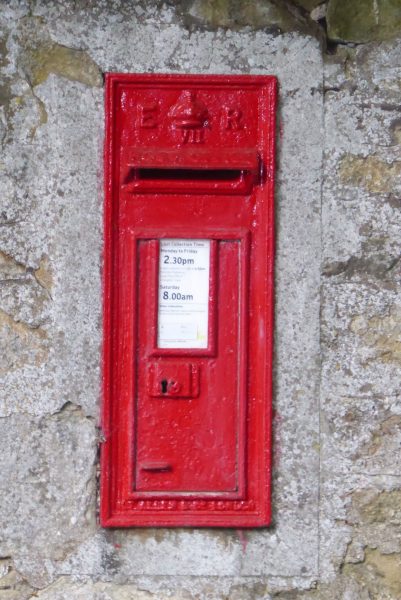 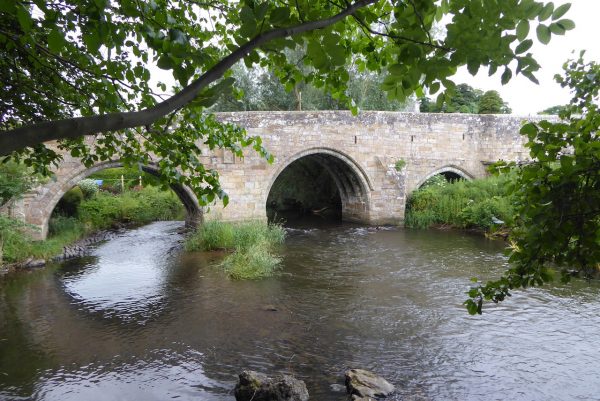 I cross the bridge and carry on up the hill to look at Dairsie Old Church, no longer used as a church but formerly the Church Of St Mary, it was built in 1621 for John Spottiswoode then Archbishop of St Andrews.  It is a fine building with a very unusual tower. 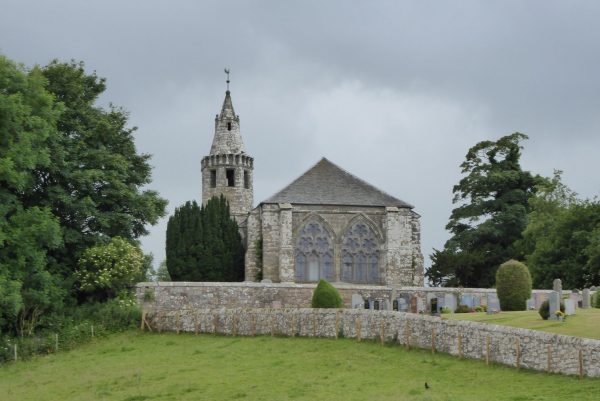 I retrace my steps back across the bridge and turn left to return to Strathkinness.  As I climb the hill I stop to look back at the fine views of the Lomond Hills. 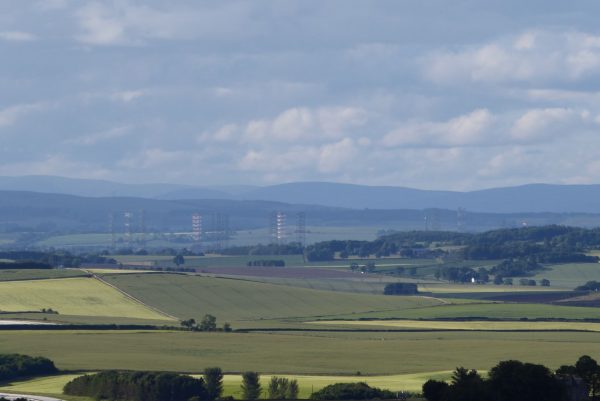 On reaching level ground there are stunning views to the left towards Dundee.  This is a cracking bit of countryside; I have covered six miles on a very interesting little jamabout. 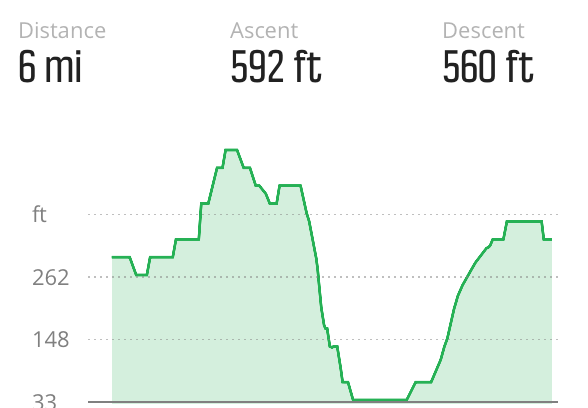