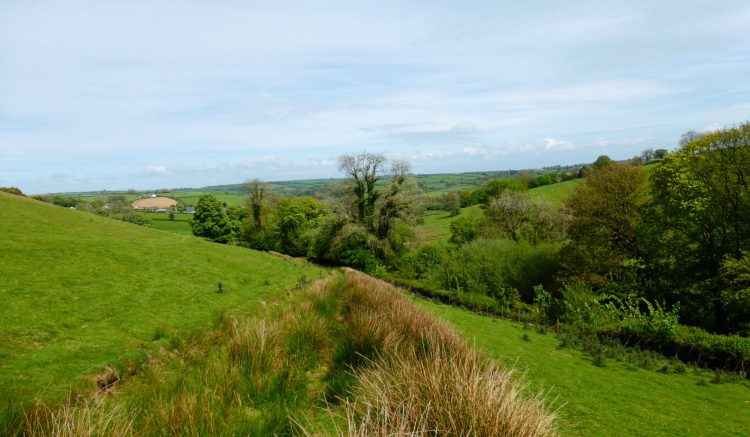 This is another day when I am walking alone.  After yesterday’s walk at Carew Castle Lynnie’s back is painful again so she is having a restful day around the caravan whilst I go off exploring.

The starting point for my walk is the car park in the middle of Llanboidy.  This is a small village about half an hours drive from Woodstock CL.  From the car park I turn left and walk into the village, passing the magnificent Maesgwynne Arms, built in the 1850’s by the local squire W.R.H. Powell as a hotel to house guests visiting his racecourse to the south west of the village.  The pub has obviously been closed for sometime and is now in need of renovation.  There are signs that work might be underway, but it is unclear if this is to re-open as a pub or convert to some other use. 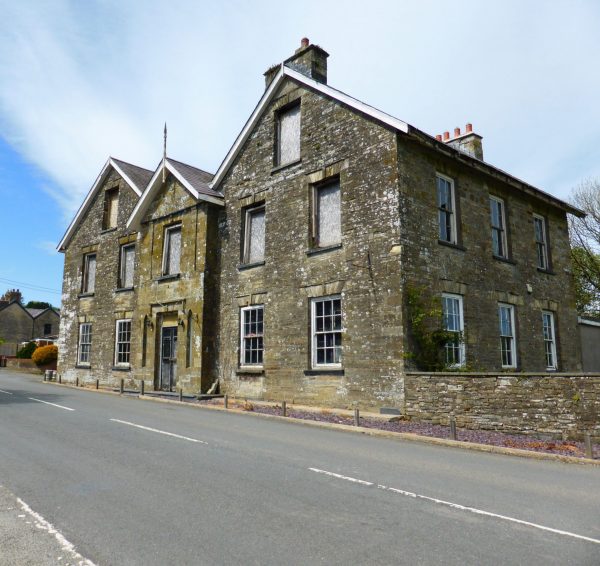 Walter Rice Howell Powell (1819 -1889) appears to have been an interesting character.  Following his father’s death he inherited the 3,500-acre Maesgwynne Estate to the north west of the village.  In 1839 Powell returned home from Oxford University to deal with the Rebecca uprising, (I wrote about this a few days ago when we visited Llandielo).  It was anticipated that Powell would suppress the uprising, however, he sided with the protestors and prevented the Turnpike Trust from restoring destroyed turnpike gates locally.  This was the start of Powell’s work improving the lives of the working classes.

It is clear that Powell lived the life of the squire and enjoyed hunting and racing.  As well as creating the local racecourse he established his own pack of hounds.  At the same time he cared for the community.  His workers had good cottages and he set up a friendly society to provide them with assistance if they were unfit for work and with retirement pensions.

He called for the ending of Hiring Fairs, where male and female servants were “traded”, established the local school and funded children’s education, built the marker hall in the village and set up agricultural shows to improve local livestock and produce.  As a Liberal MP, from 1880 until his death in 1889, he advocated for social justice including education for all and tenants rights.

The list of Powell’s achievements within the local community is long, I mention only a few.  It is interesting to read of a wealthy man entering politics to serve the community rather than line his own pockets, I am sure public confidence in our political system would increase if there were more people with Powell’s values around today.  We can only live in hope. 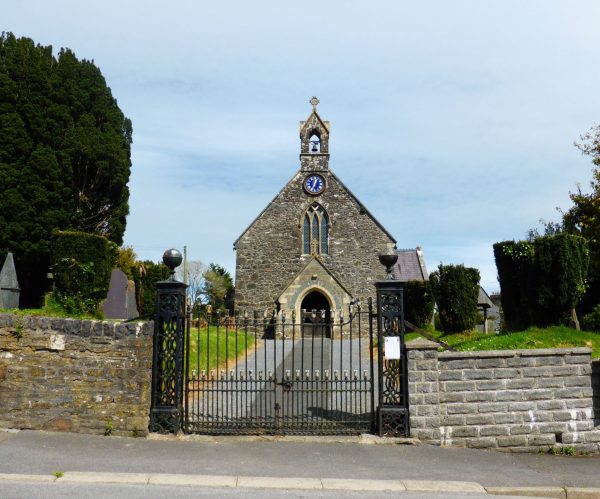 Heading through the village and just before the school I take a footpath on the left, this is part of the Landsker Borderlands Trail and it is clear and easy to follow.  Passing through gates I enter a field and start to climb. 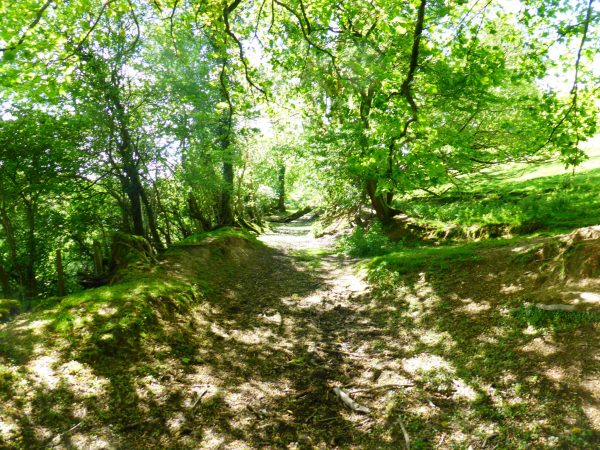 After negotiating a complicated gate system around some sheep pens and then a difficult stile with no alternative other than lifting the dogs over I join a wooded path.

Through the trees I spot some standing stones and divert from the path to take a look, they are not shown on my OS map and later research fails to identify them, so I am not sure if this is an ancient monument or a more modern addition. 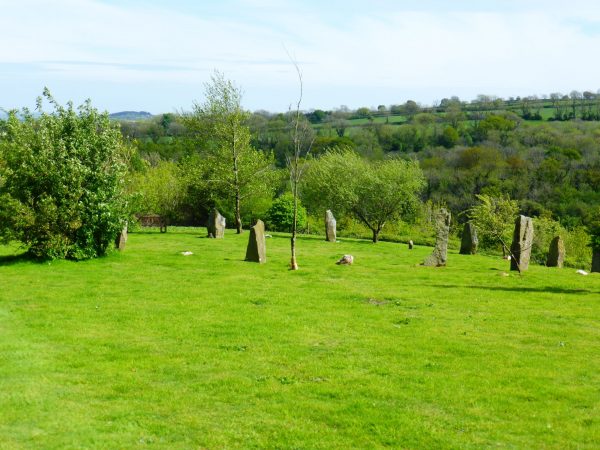 The footpath is waymarked and I follow it around a few fields turning right to join a farm driveway leading to a minor road bordering the Maesgwynne Estate.  I turn left and walk along the road towards Crosshands.

At the crossroads I turn left after half a mile take another left along another road.  These are very rural lanes and I do not encounter any traffic.  Soon I pass a dairy farm, Ffoswinau, and carry on for another mile or so.  There are good views from here of Llanboidy in the valley below. 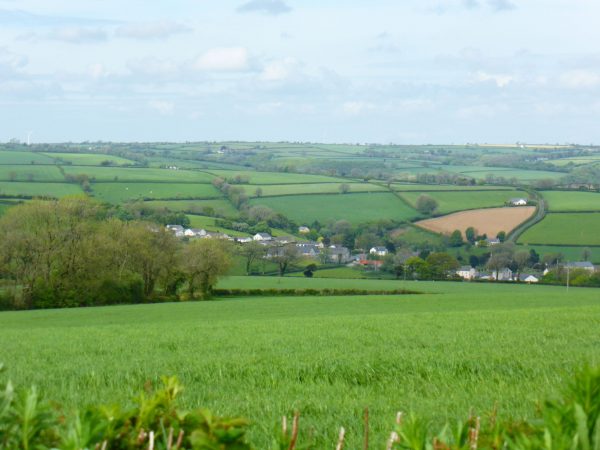 The Landsker Borderland Trail has joined this lane and it is my intention to follow it back to Llanboidy.  At a junction I turn right onto another road and then after a couple of hundred yards the footpath enters a field occupied by bears that immediately take an interest in the dogs. I err on the side of caution and decide to turn around and follow the road back down the hill to Llanboidy.

One of the benefits of walking along leafy country lanes is the abundance of wildflowers in the hedgerows.  It is an opportunity to see things often missed when driving.  Today it is the stands for milk churns, these are part of our agricultural heritage, when I was a nipper milk was still collected in churns.  The Milk Marketing Board ended the collection of milk in churns on 31st July 1979 and since then tankers have been used.  If you look carefully you can still see milk churn stands, often overgrown, by the gates of many farms. 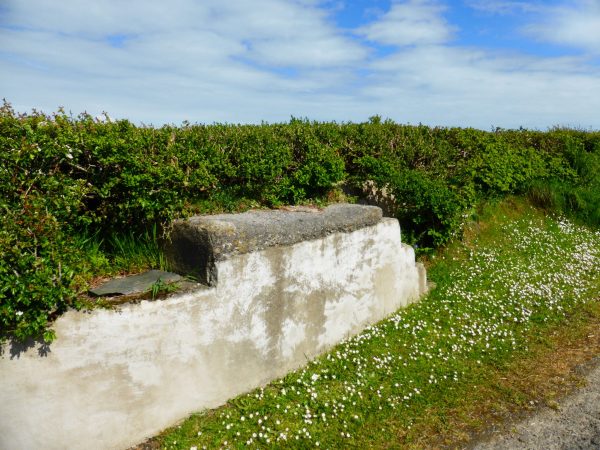 I carry on down the road and where it bends sharp to the right take a track leading downhill passing the playing field and then entering the village, I turn right passing the chapel. 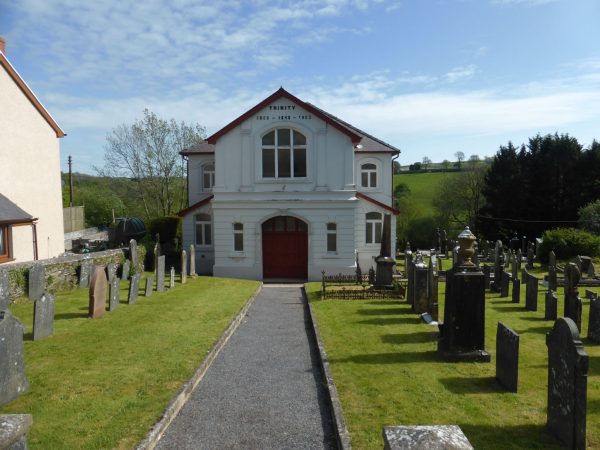 Before returning to the car I take a look at Hafod Iron Age Hillfort just a bit further along on the left.  There is little to see now apart from the original mound, but at one time it was an enclosure packed with wood and daub huts. 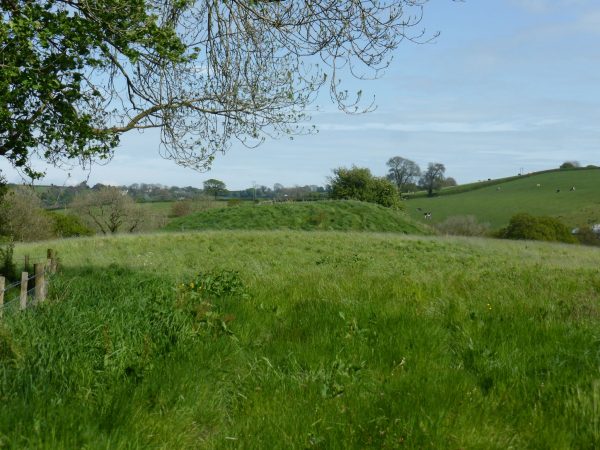 It has been a short walk, just short of five miles, but long enough for the dogs to stretch their legs and for me to find out some really interesting things. 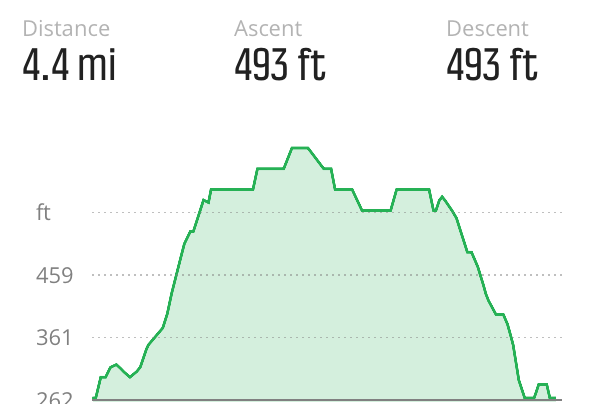