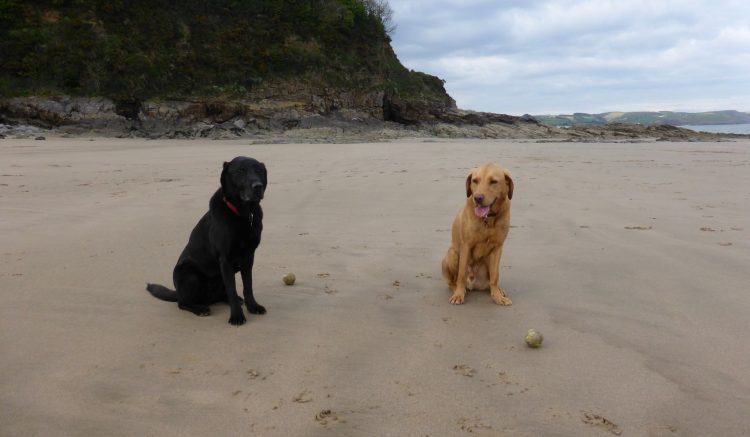 Yesterday was a moving day, but we only travelled forty-five miles from Llangadog to Woodstock CL just outside Saundersfoot. Our journey was delayed slightly when Lynnie tweaked her back. After sitting in the car for an hour she has stiffened and with Dexter also a bit off colour we only took a short walk from the CL to the nearby Jubilee Park nature reserve at East Williamston.

Lynnie has decided to give her back a rest today so I am walking on my own and after a quick look at the map I wander to nearby Saundersfoot. Heading out of Woodstock CL I stop to look at the amazing plant growing beside the driveway. I don’t know what it is, the leaves are like a rhubarb, but I am not sure it would make a good crumble. 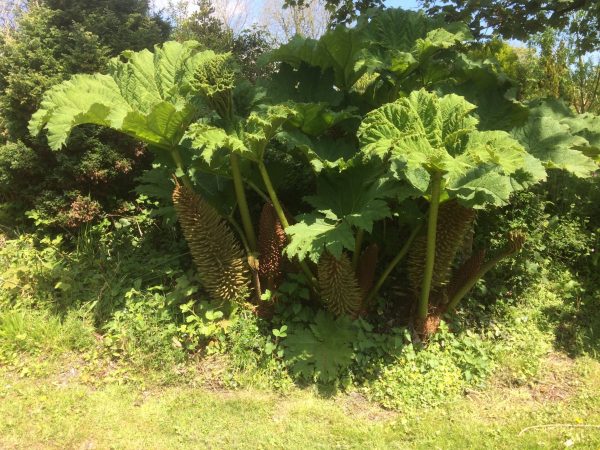 At the end of the drive I turn right passing Cold Inn Farm before turning right down Clayford Road. This is a quiet, narrow lane, I had intended picking up a footpath on the right, however, walking along the lane is pleasant so I stay on it until the junction with the A478, here I turn right and walk a couple of hundred yards on the verge of this busier road.

On reaching the entrance of the caravan park at Moreton Farm I turn left to follow the bridleway leading along the driveway to the caravan park. After a couple of hundred yards there is a fork in the track I take the left option going through the gate to cross the railway line. “Stop, Look, Listen” and then through the gate on the far side (making sure that both gates are firmly shut) to carry on along the hedge-lined track.

It is a warm afternoon and I stop to take in my surroundings; I spot a fox out to try to catch an unsuspecting rabbit. I watch him for a couple of minutes as he stares intently at the hedgerow. 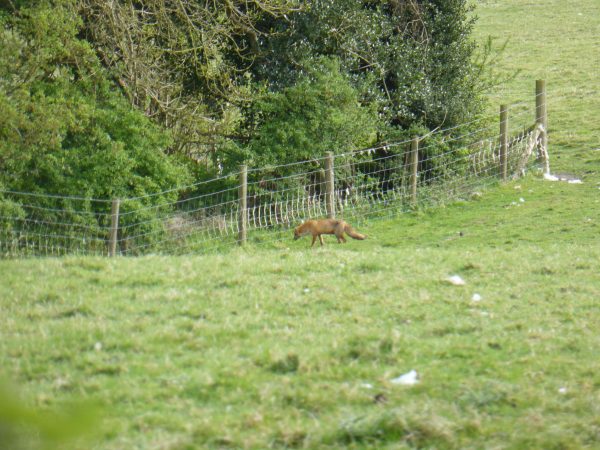 I am soon striding along the lane again; the hedgerow is an abundance of colour if Lynnie were walking with me she would be constantly stopping to take pictures! 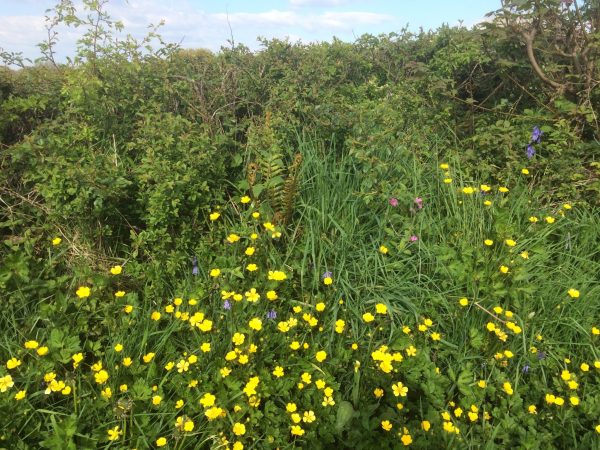 Entering Saundersfoot I take a path along a disused tramway line. This line ran from the harbour to the Thomas Chapel Colliery at Begelly, passing Bonvilles Court Mine on route, originally carts were horse drawn but later railway engines were introduced. The transportation of coal from these mines ceased in the early 1900’s and the track was closed in 1939.

I follow the disused line into Saundersfoot and carry on to the harbour. The tide is out, there are a couple of trawlers but the majority of vessels are pleasure boats. 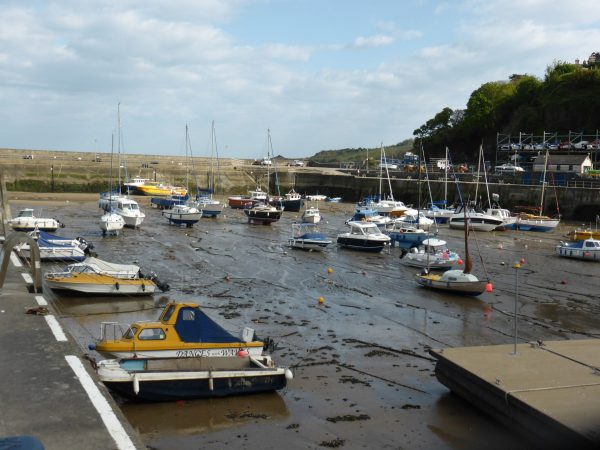 The Saundersfoot Railway and Harbour Company built this harbour in 1829; its primary purpose was the transportation of anthracite coal from the surrounding mines. By 1837 there were five jetties handling coal, iron ore and pig iron from around the local area. It must have been a hive of industrial activity – difficult to imagine now.

I wander along and look across the sandy bay, the dogs are desperate to get on the beach but they are not allowed on this section so we continue our walk heading through the town. 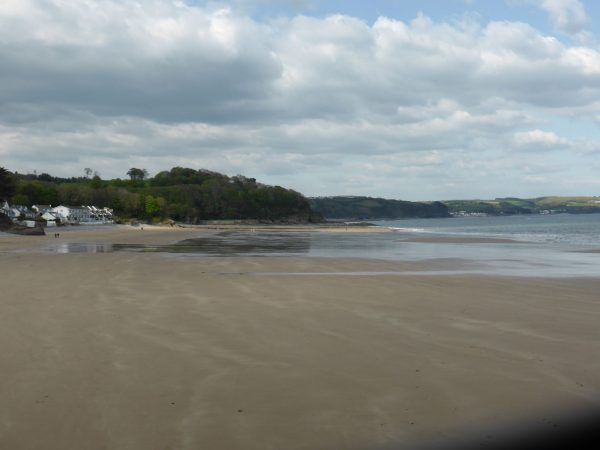 The road we take is The Strand, here there is a nod to the past by laying the paving to show where the old tramway line ran. 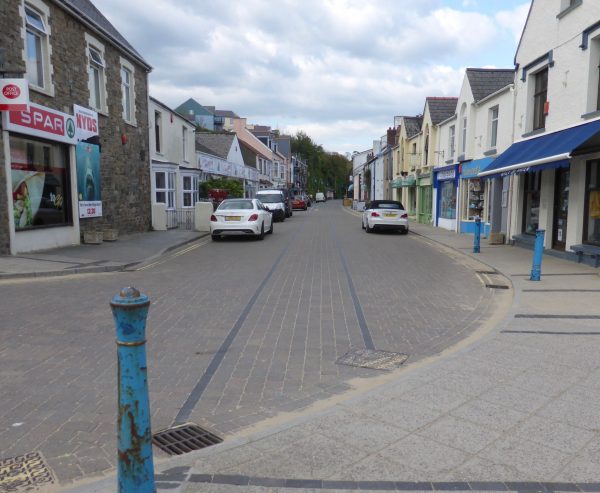 This tramway line transported coal from the collieries and ironworks at Stepaside and Kilgetty to the harbour. It was an amazing feat of engineering blasting three tunnels through rock between Saundersfoot and Wiseman’s Bridge. 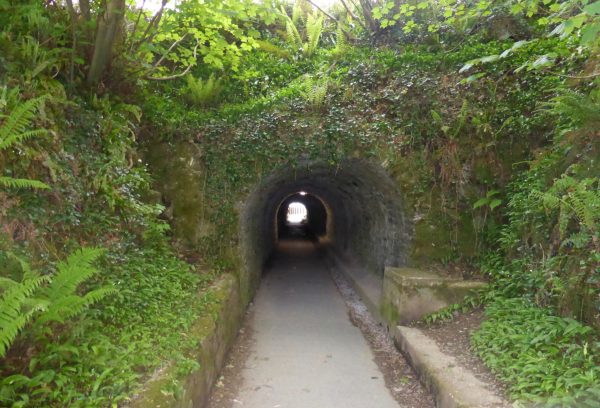 I go through the first and reach Coppet Hill Beach; at this time of day the dogs are allowed on this beach so they are immediately making the most of it. 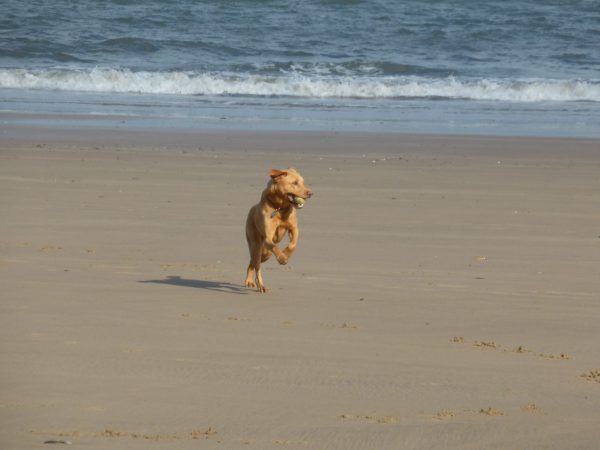 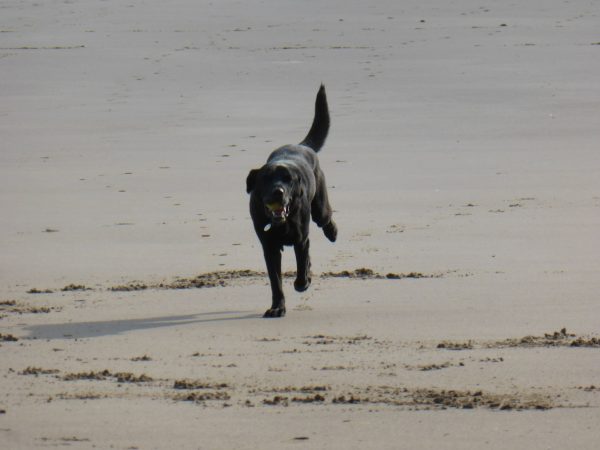 It is not too long before Crosby is paddling in the sea. 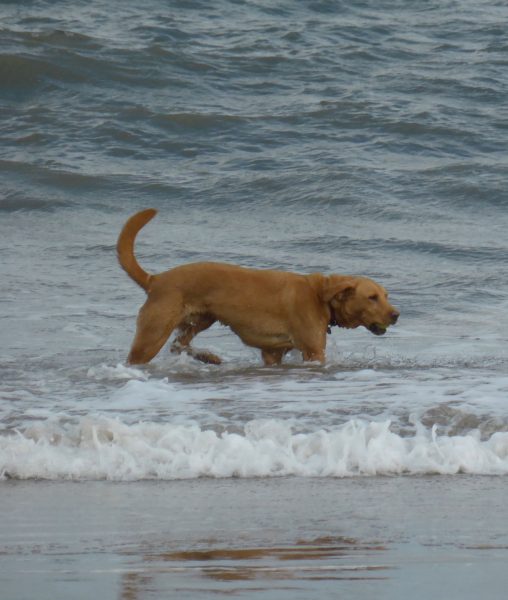 After the boys have had a good run around I resume my walk by heading through the two further tunnels, the tramway was then built into the side of the cliff as it headed to Wiseman’s Bridge. 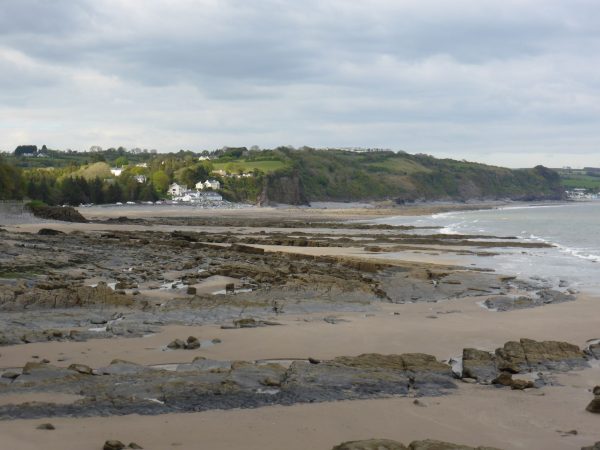 Approaching Wiseman’s Bridge I resist the temptation to carry on, I have walked just over three and a half miles and ought to head back to check how Lynnie is fairing.

My return route is very straightforward. I retrace my steps, foregoing the spell on the beach much to Dexter and Crosby’s annoyance. I hope that in a few days time Lynnie will be fit enough to do this interesting walk, I am sure she will love it. 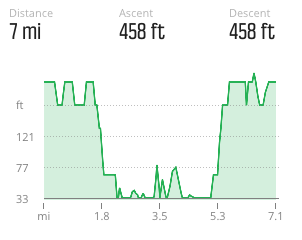