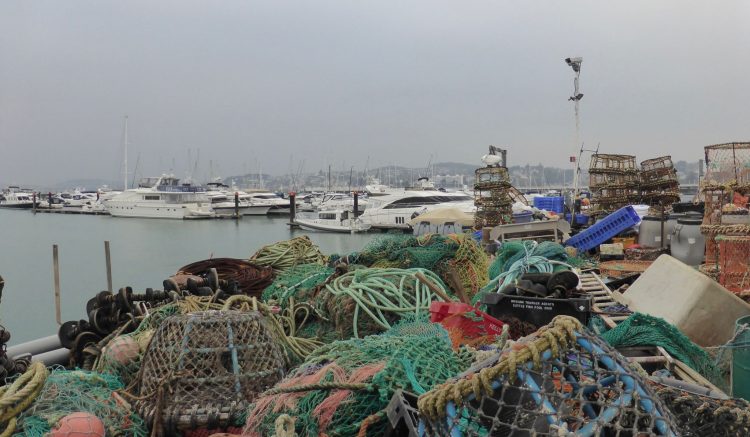 It is another blustery day and we decide to knock off a bit more of the South Devon Coastal Path. We are going to pick up where we left off a couple of days ago in Paignton and walk around the bay to Torbay. This time of year we are able to park easily, close to the beach, at Preston Sands.

As we walk down to the sea wall we know it must be rough, even the Little Ringed Plovers think it is too rough to venture out to the shoreline and they seek refuge besides the path. 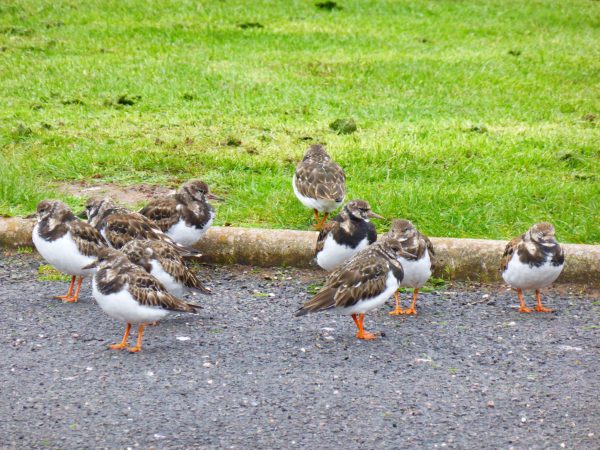 At the sea wall the waves are breaking onto the promenade, as I discover to my cost with a bit of a soaking! 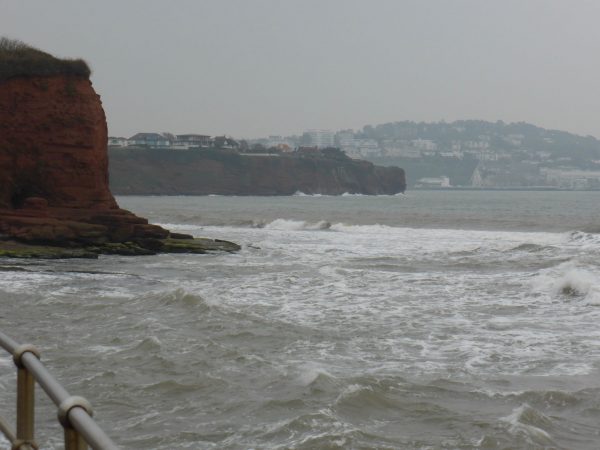 The route is easy to follow we are on the coastal path heading east and the path runs besides the railway line over Holcombe Head and then through a small park to go besides the main A3022 passing Livermead Head. Reaching Livermead Sands the sea is still very choppy, directly in front of us is the Livermead House Hotel. I stayed at this hotel a couple of times many years ago and I see that there is now a blue plaque on the wall. We head over to check they have spelt my name correctly but to my dismay I discover I have been usurped by Charles Kingsley, author of “The Water Babies”, in 1854 Livermead House was his home. 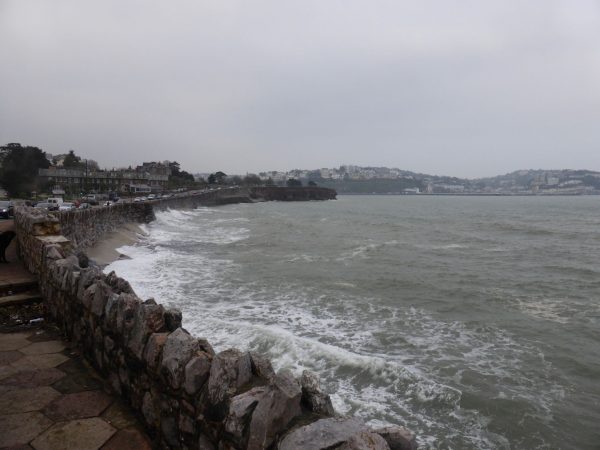 We now follow the wide path besides the sea wall as we head towards Torbay. Preparations are underway for the holiday season with the Ferris wheel under construction. Many years ago when working in London I had a view from my office window of the London Eye being constructed, it was fascinating, especially when they moved the wheel into position. The Ferris wheel in Torbay is being constructed differently, there are a couple of chaps working away placing the steel girders whilst another group seem to have the important job of watching them. 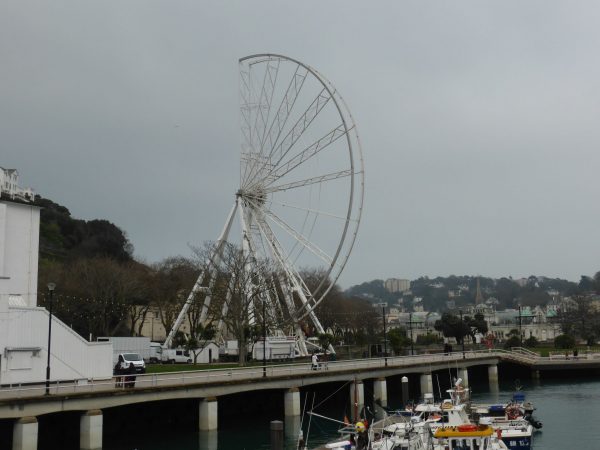 We are now just jamming about and have a wander along the pier to look at the marina. 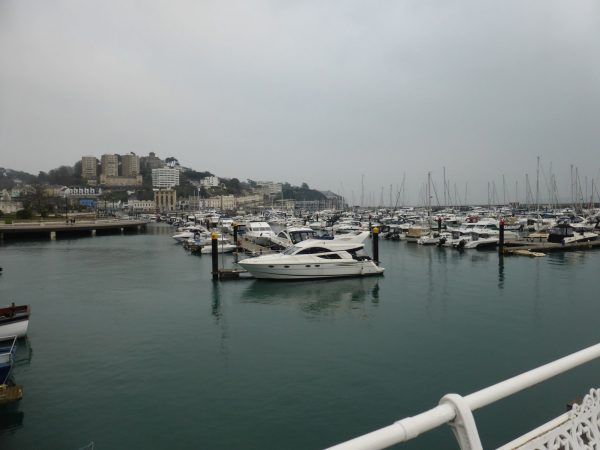 Then it is off to view the harbour with its mixture of trawlers and pleasure boats. 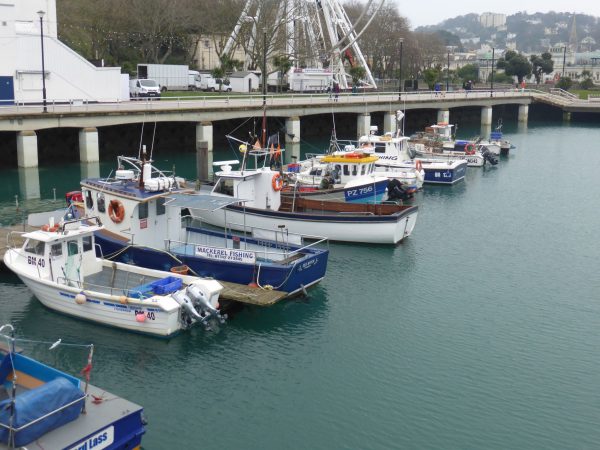 Wandering back along the sea front I am struck by the once magnificent Pavilion Theatre now in obvious need of refurbishment. Built in 1912 it was a centre of entertainment until it’s closure in 1976. It has many fine features on the exterior, we are taken with the figures of Mercury on the side domes. Recently the local authority gave the go ahead, despite over 2,000 local complaints, for a major development of an eleven storey hotel and apartments on land besides the Pavilion. Part of the deal is the refurbishment of the building, lets hope that it is tastefully done. 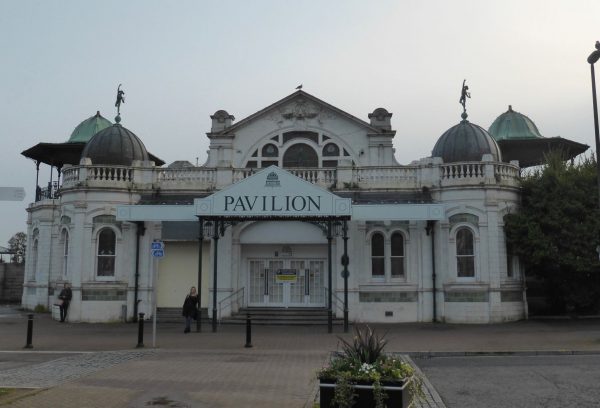 It is refreshing to see water in the Victorian Fountain in Princess Gardens, all too often such features seem to be neglected nowadays. 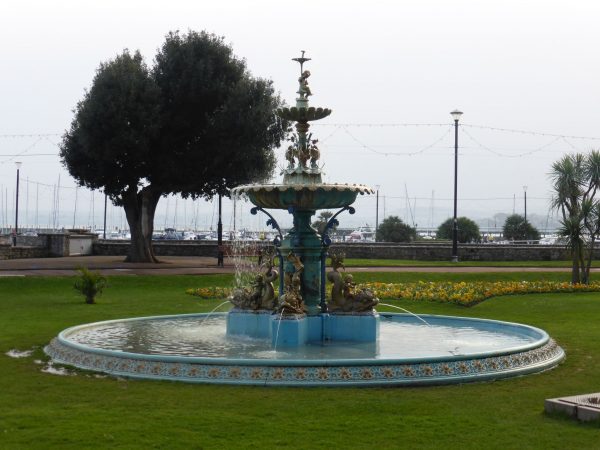 From the sea front we head into Abbey Park, the gardens here are immaculately kept and will look stunning in a few weeks time. 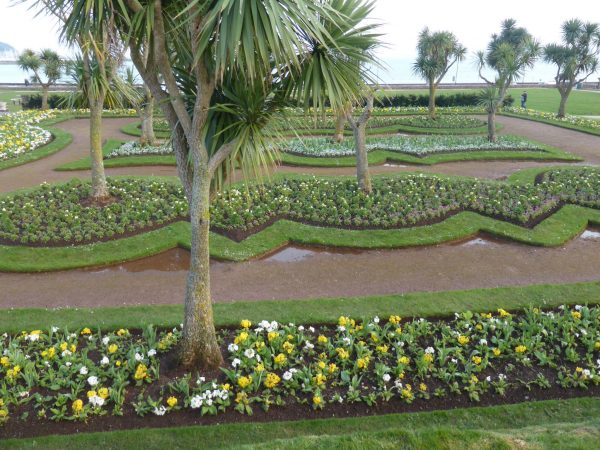 We go through the park to Torre Abbey, which founded in 1196 by six Premonstratensian canons. It turned out to be a prosperous place to establish an Abbey and by 1536 it was reported to be the wealthiest Premonstratensian House in England. 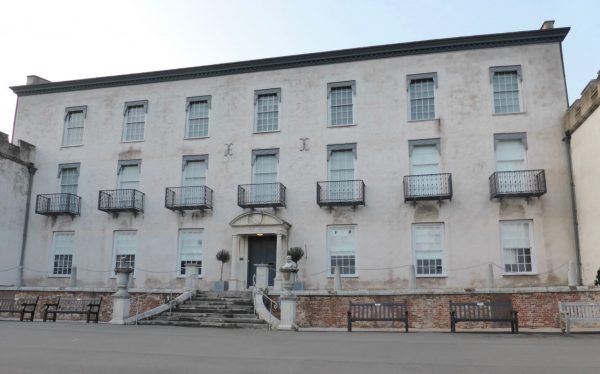 With Henry VIII’s dissolution of the monasteries in 1539 it moved into private hands and in 1598 a chap called Thomas Ridgeway converted the southern section of the building into a home. It remained in private ownership until the 1930’s when it was acquired by Torbay Borough Council, those were the days when Councils still acquired assets rather than selling them off. With the help of funding from English Heritage and the Heritage Lottery Fund a refurbishment was completed in 2008 at a cost of £6.5m, the Abbey is now open to the public. But we are not going to venture in with the dogs. 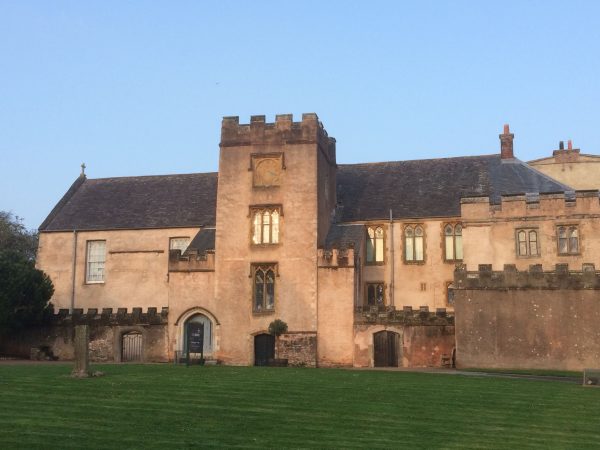 Across the way from the Abbey is the Spanish Barn that was built around 1196 by the Monks, the plaque on the wall reports that it was used in July 1588 to house 397 prisoners of war from the Spanish Armada. It is a fine building, but must have been cramped inside. 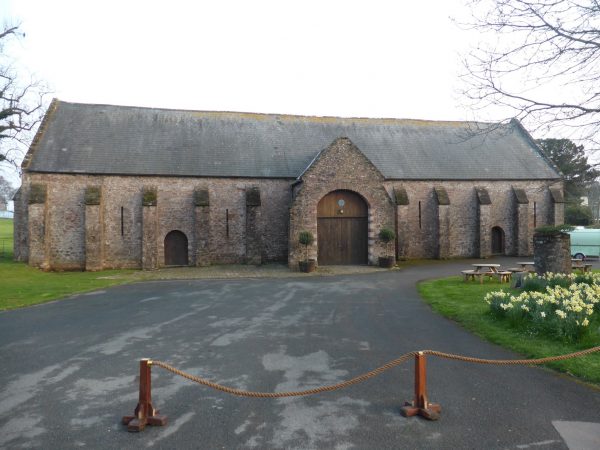 After walking past Kings Park Bowling Club we reach the turnstiles at the entrance to the park. I have been through numerous turnstiles in my time but never any as ornate as these.

From here it is a case of retracing our steps back along the coastal path to Paignton. As we descend into Paignton the tide is going out, but there is a chill to the wind so we don’t hang around. 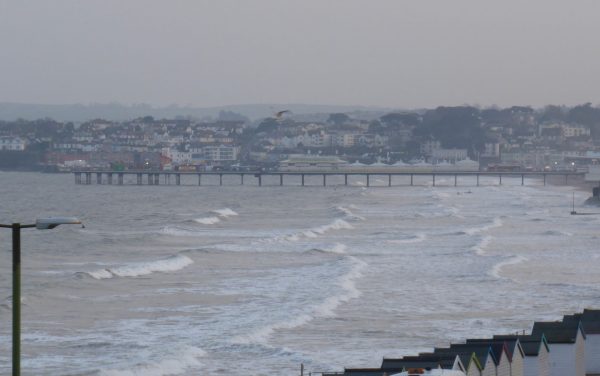 Our little wander has covered five and half miles and very enjoyable it has been too. 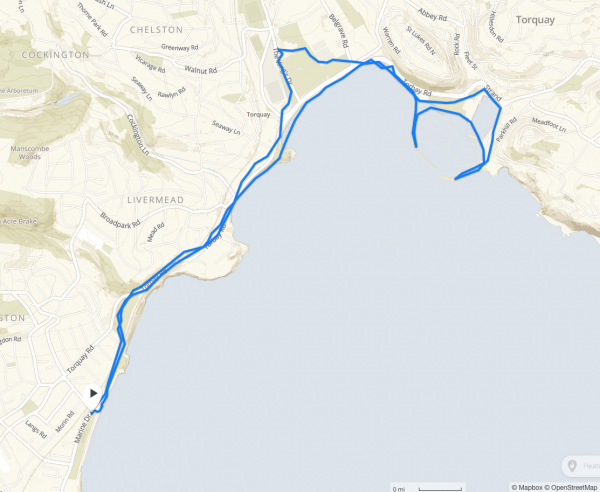