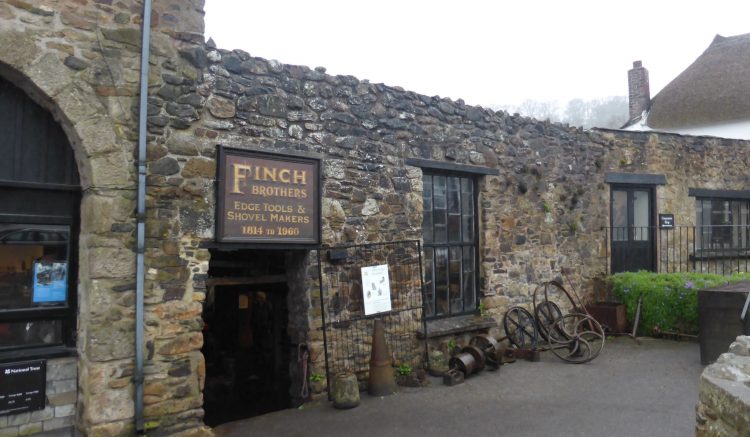 It is a miserable start to the day, with mizzle that is forecast to be with us all day.  Though disappointing, it can be viewed positively.  Were it a clear day I would be straining at the leash to get back onto Dartmoor, but in these conditions the moor is the domain of the foolhardy and wild cats.  So we are off to visit Finch Foundry.

This historic site is located in the heart of the village of Sticklepath and is only a short distance from our site at Lydford Caravan and Camping Park.  I am fascinated by our industrial heritage so visiting a foundry is right up my street.  On arrival we are advised that a talk and demonstration will soon start in the foundry.

We have just enough time to visit the museum area before the talk starts.  It is interesting to see old pictures and examples of the tools that were manufactured in the foundry.  The building was a woollen mill prior to its purchase in 1814 by William Finch.  Finch was a foundry worker in Tavistock and was laid off due to a work shortage so decided to set up on his own.

His skill lay in making edged tools for farmers and tin miners.  To produce the power required to operate the machinery Finch constructed a complicated waterway structure that diverted water from the River Taw to supply waterwheels.  As we have witnessed over the last few day, you can be pretty certain of a good supply of water flowing off Dartmoor! 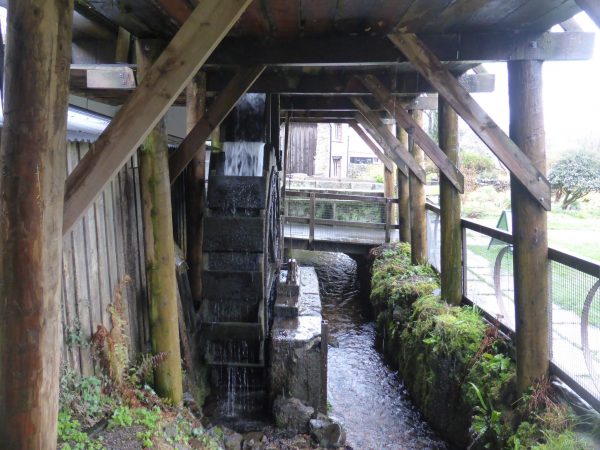 In the museum there is glass cabinet housing an odd looking model of a grey horse adorned by many men.  Closer inspection reveals this to be a depiction of the famous folk song Widdicombe Fair, in which Tom Pearse is asked to lend his Grey Mare to Uncle Tom Cobley and all.  I am immediately concerned that this will herald Lynnie singing this song (trying in more ways than one) as we walk along for the next few days!

It appears there were a Tom Pearse and Bill Brewer both living in Sticklepath so the origins of the song could be connected to the village. Apparently, the Devonshire Regiment could be heard singing the song as they went into Battle during the Boar War and reportedly Exeter City Football Club used to run out to the tune.

Tom Pearse’s family had a wool mill in Sticklepath and his restored summerhouse, which I have read was pay desk at the Great Exhibition, stands in the garden. 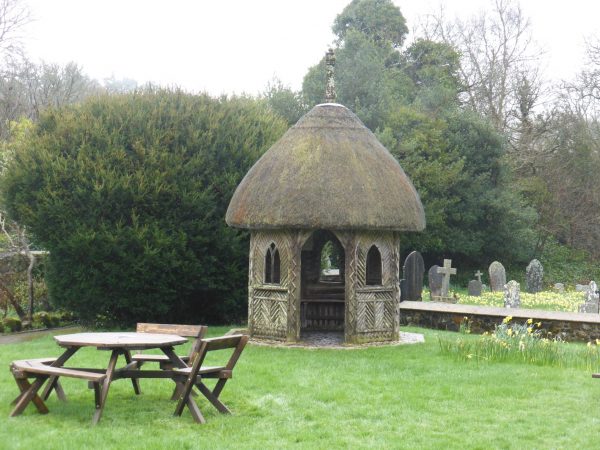 We pass under the structure of diverted water channels leading to the waterwheels and then enter the foundry. 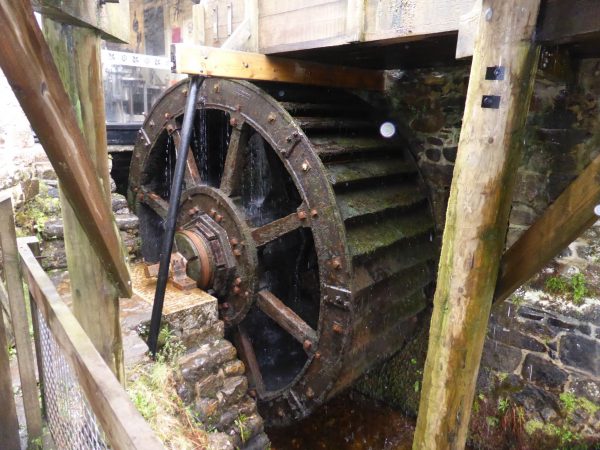 The demonstration and talk were fascinating.  The detail of the development of the foundry along with the Finch family and the social history were illuminating, whilst the brief demonstration of the working machinery was impressive. 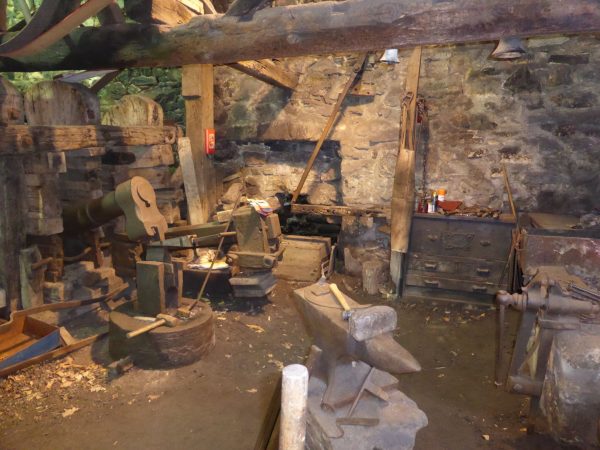 At one time there were twenty men working in the confined space surrounded by heavy machinery, furnaces, hot metal and overhead wheels driving belts.  It must have been a hot, noisy, hazardous place to eke out a living. 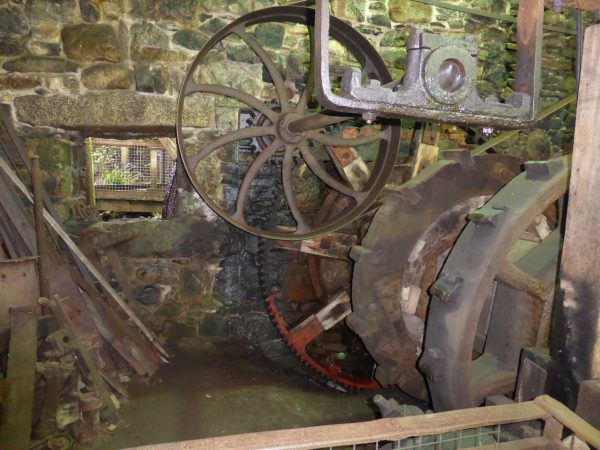 William Finch’s sons went into the family business as did their offspring and it operated as a successful foundry turning out 400 tools a day into the 1960’s.  Then mass production and cheap transport meant they struggled to compete with the industrial companies of the West Midlands and when the roof of the foundry collapsed they decided to close the business. 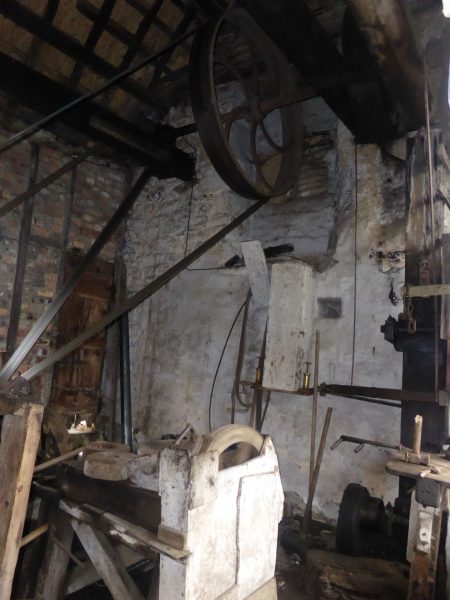 Fortunately, a local resident, Bob Barron, rescued the building and restored it and ran it as a museum, it was passed to the National Trust on his death.  The foresight of such individuals is rarely recognised, but it is fair to say that without his involvement this cracking example of past village live would have been lost.

After touring the foundry we discuss our walking plans for the day.  It soon becomes clear that on this miserable, wet day Lynnie does not have any walking plans.  It is a case of “they are your dogs, so you can walk them”.  So we head back to the Coachman where Lynnie can settle down with her latest Bill Bryson book whilst I kit up and venture out.