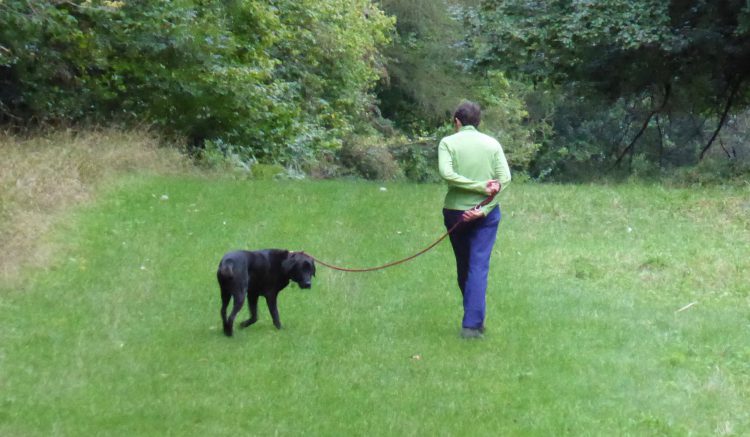 Once again we are packed up and back on the road, I am beginning to believe that like Ben Rumson, Lee Marvin’s character in Paint Your Wagon (another favourite film of mine), I was born under a wandering star.  These days I just can’t wait to get on the road.  It’s not that I don’t enjoy being back at home.  We have had a great time catching up with friends in recent weeks, but travelling and not knowing what’s round the next corner is always exhilarating.

We have been home for nineteen days, quite long for us.  One of our evening’s out was to attend the 150th Anniversary Dinner of Farley Cricket Club.  I played for Farley for well over twenty years before being forced to retire early.  A back injury and the realisation that I was only at best a very average village cricketer was enough to signal the end of what had been a very enjoyable time playing a game I loved.

Earlier in the year we were listening to a conversation on Test Match Special about owning your first bat.  When I started playing it was always a case of picking a bat out of the rack at the Club and then I decided that my average might improve if I had my own bit of willow. My bat was a Duncan Fearnley – Attack with Ian Botham, it is still in the garage.  The edges are a bit worn but the middle has never been used! There was speculation at the time if Ian Botham had a bat with “Attack with Freddy” on the back.

The Cricket Club Dinner was a very special occasion.  I am close to sixty and still considered a lad by some of those attending.  Like all reunions there was plenty of reminiscing; great catches, amusing moments, stories of cricket tours.  But what made it special for me was meeting a few people that I had not seen for over twenty years and yet it was as if we had just played a game the previous weekend.

Cricket, played in the right spirit, is a wonderful sport.  For a number of years I captained the Sunday team and my main priority was to ensure everybody was involved (it is not fun fielding all day and watching the stars bat and bowl) and keeping the game alive until the bar (or pub if we were playing away) was allowed to open.  Happy days!

Anyway I digress.  We are now off on tour and truly wandering.  We know where our first pitch will be thereafter we have no plans.  A few ideas but nothing booked.

Our first pitch is a rapid return to Cholsey Grange.  Primarily because it is our daughter Lolly’s birthday and we want to celebrate it with her and Toby (and his parents), secondly it will be good to catch up with Ted and Jackie and finally because the walking is so good.

We have spent much of today with Toby and Lolly.  I have been busy with a work deadline and it has been easier to sit in their conservatory and get everything sent off.  So it is late afternoon before Lynnie and I head out for a walk.  Because of the time we decide to do a familiar, but favourite walk. I last did this walk just over a month ago (more detailed directions are on the blog dated 14th August 2016). 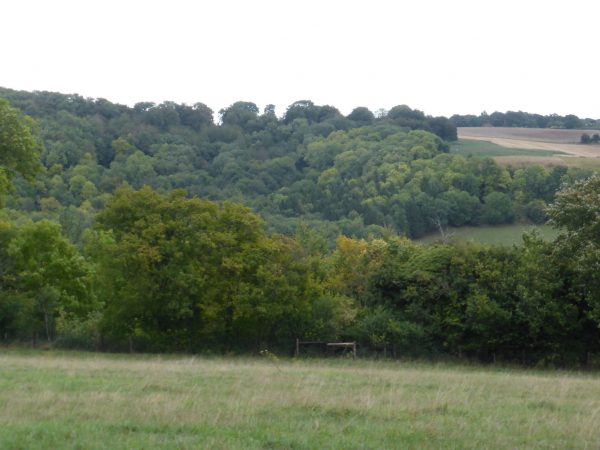 Leaving Cholsey Grange we spot a slight change in the colour of one or two trees.  We have never been here in the autumn but it must be stunning then.

After entering Penley Wood we carry on along the bottom of the valley.   The field that a few weeks ago was waiting to be harvested is now cultivated.  It will be ready to go again soon. 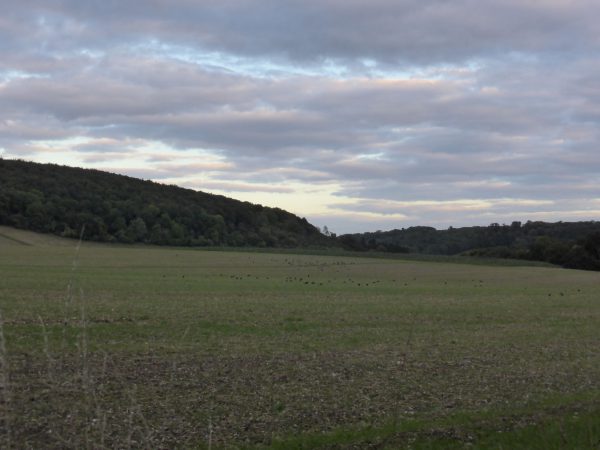 After following the valley almost to Chequers Lane we turn right walking uphill to emerge onto a road opposite Cobstone Mill.  Through the kissing gate we admire the view across Turville and along the valley. 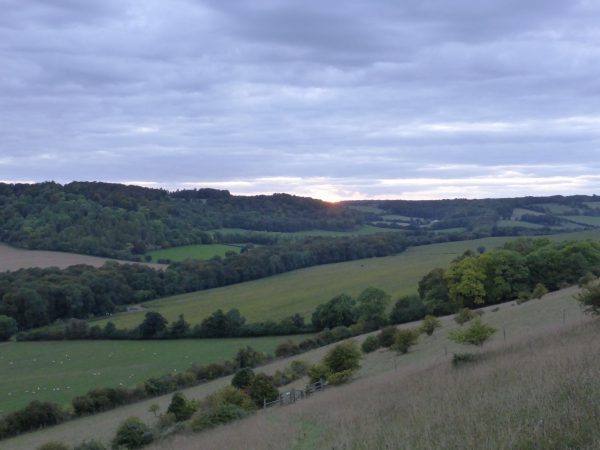 After diagonally crossing the downs we go through a gate and then uphill, to reach another kissing gate and then follow the line of the path.  As we walk through the bottom of Park Wood I see movement in the trees to our right, it is a herd of deer.  Amongst them is a white hart, I have heard tell that such a creature exists in these parts but it is the first time I have seen it.  It is only a brief glimpse, but still very special.

This little walk is just short of six miles and it has been wonderful to enjoy this familiar route at a different time of year.  Tomorrow I think we should do a longer walk, I have plans but I’m not yet ready to share them with Lynnie! 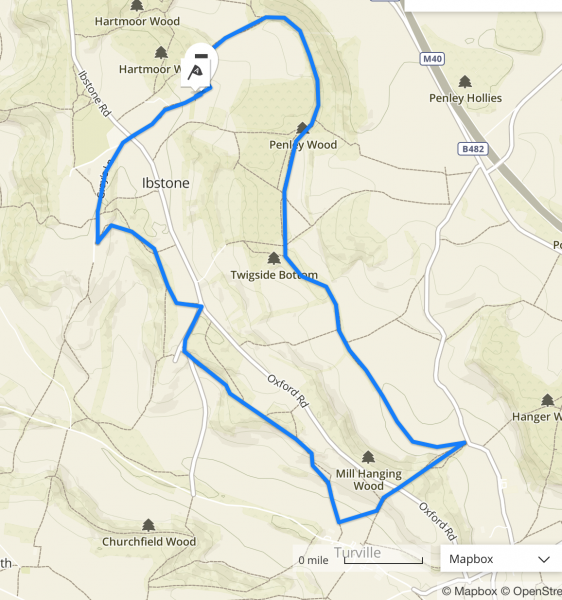