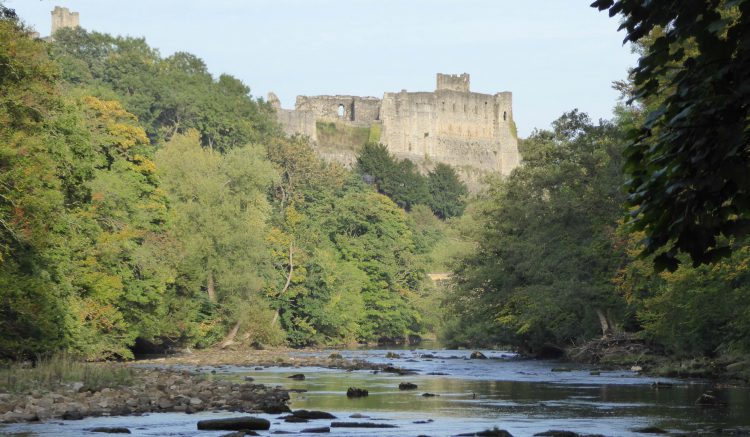 After an early morning stroll around Poolsbrook Country Park we are soon packed and on the road heading north to Hudswell, just outside of Richmond.

The journey is straightforward though I am pleased that we had the overnight stop. Finding the site, Scar Close CL, is easy and we are greeted warmly on our arrival and advised on the best location to pitch. It makes such a difference to the feel of the site when the owners want to share their local knowledge. 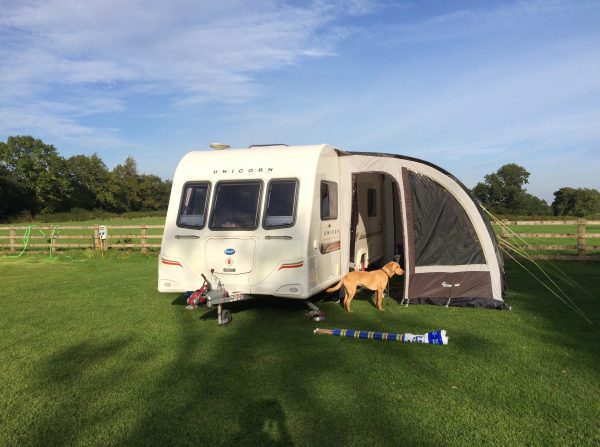 It does not take long to set up and we decide we should wander along the local footpaths into Richmond. A gate at the bottom of the site leads onto a footpath and we turn right to follow the path into another field and then along the edge of woodland with a steep slope to our left. Over a stile and across a couple of fields we go before climbing another stile and turning left at a crossroads of paths to go alongside trees to a gate where we enter Hudswell Wood.

The path descends and then goes through a gate into more woodland,and continues downhill. At the bottom we turn right and follow the footpath with the River Swale to our left. There are now a number of well-worn paths, this looks like a regular spot for local dog walkers and this is confirmed as we soon meet dog walkers coming in the opposite direction. 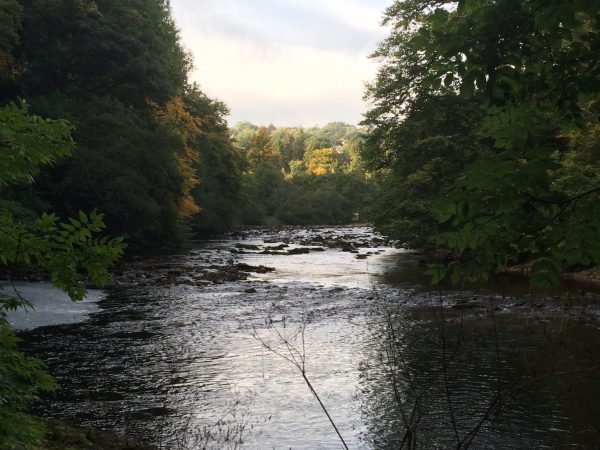 We follow a path alongside the riverbank. This is a stunning spot and the Swale is at a low level, so when we have a choice of routes we follow a rocky path that goes alongside the edge of the river. It is difficult going because of the uneven terrain but we are rewarded with fine views of Richmond Castle up ahead. 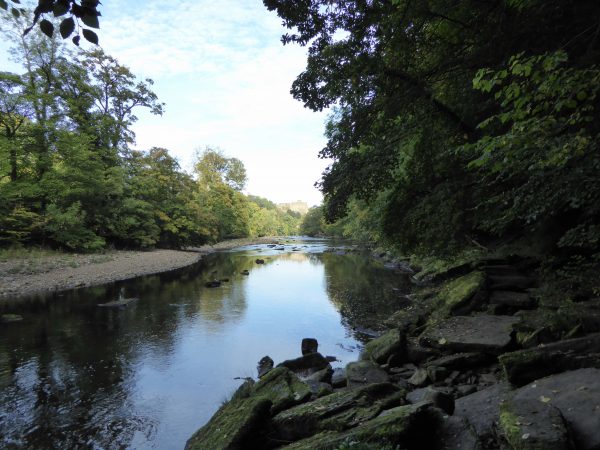 Eventually we are back on a more even path that leads us up to Richmond Bridge, we cross and walk into the town for a wander around. 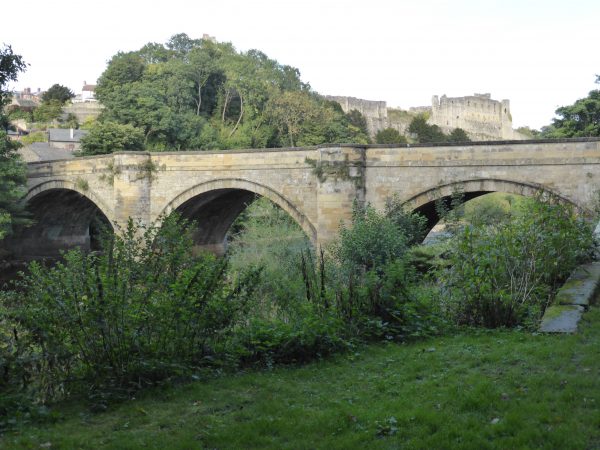 This is a first time visit for both of us. The place is wonderful, we spend time in the cobbled market square surrounded by interesting buildings. 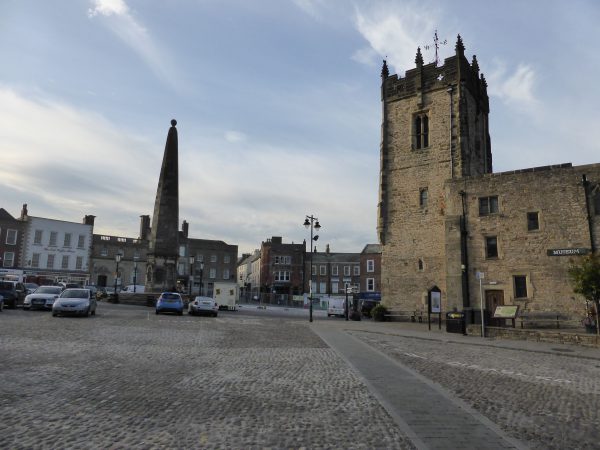 Our wander then takes us beneath the Castle walls. Built above the River Swale the castle dominates many views in the town. The original construction is said to date back to around 1069 when William the Conqueror gave the surrounding land to one of his loyal followers, Alan Rufus of Brittany. Towards the end of the 12th century construction of the keep commenced. It is thought that King Henry II completed the keep and strengthened the castle by adding towers and fortifying the outer defenses.

By the end of the 14th century the castle had fallen out of use as a fortress and by 1538 was partly in ruins. But in 1855 it began use as a military headquarters and barracks were added. For two years from 1908 to 1910 the castle was home to Robert Baden-Powell, the founder of the Boy Scouts movement, whilst he was in command of the Northern Territorial Army. The barracks were destroyed in 1931. 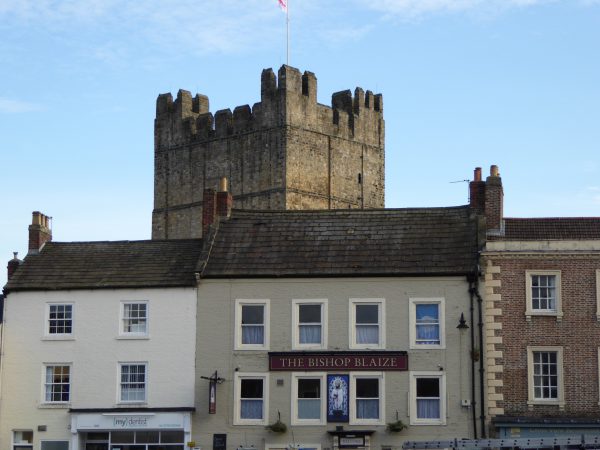 All around Richmond there are plaques telling the history of the town. It is fascinating. We walk down a narrow lane the plaque tells us this is known as the Bar, or Barr, after the adjoining postern gate in the Town Walls constructed circa 1312 on account of Scottish incursions. 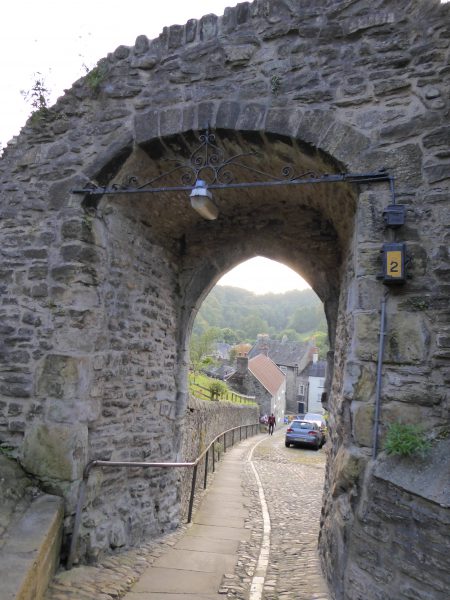 Further down the lane we reach a wrought iron lamp, with an explanation that it was originally an oil lamp, but in 1821 the Richmond Gas Works started and from 1830 the company was paid £75 a year by the Corporation to light the main streets with gas. 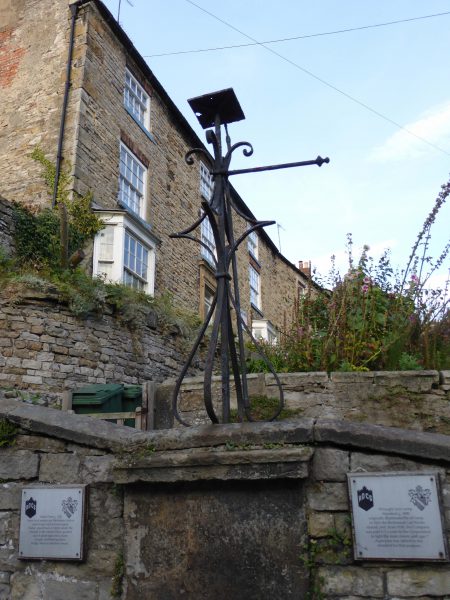 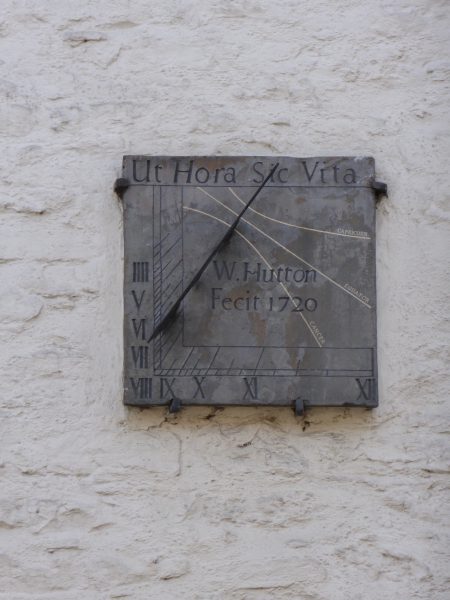 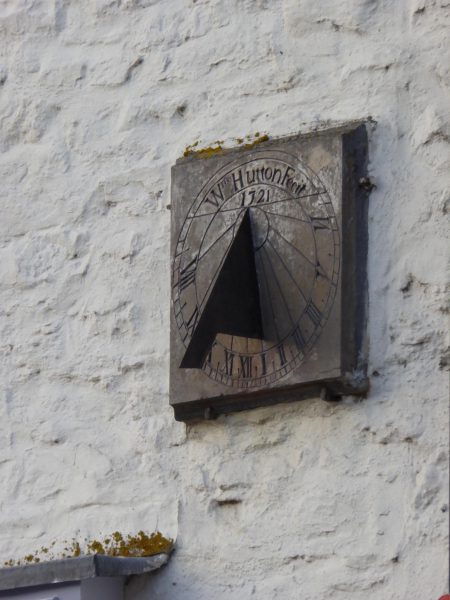 Below the dials is a doorway dated 1689 and the plaque tells us it is the only surviving Richmond example of a type of doorway found in Swaledale. Apparently the house was the home of William Sutton, who made the sundials. 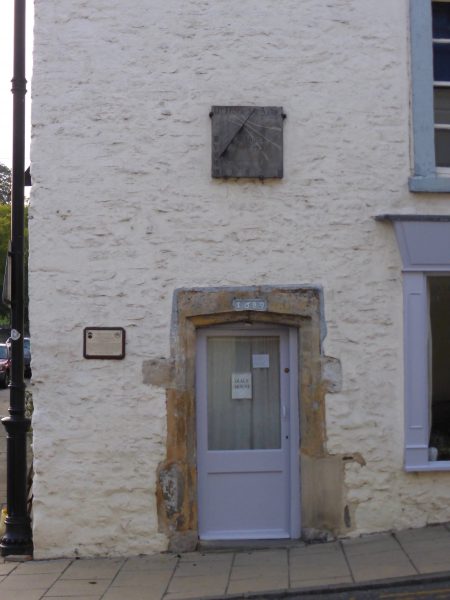 Our amble has led us back to Richmond Bridge so we cross and retrace our steps to Scar Close, a round trip of about 4.5 miles.

After dinner we decide to stroll up the road to the village pub, The George and Dragon, I need to access some wifi and it will be good opportunity to enjoy a pint of local ale. (Though a southerner, I consider the best beer in the country is brewed and served in Yorkshire).

We are greeted with a warm welcome and it’s not too long before we discover that this is a community owned pub. Back in 2009 a group of villagers decided that they would buy the pub that had been closed for sometime. This is not an easy task, but their persistence was rewarded and they now have a thriving pub, which is the centre of the local community. There is a community shop attached, allotments in the pub garden and a library service from the pub.

It is coincidental that we are here; I am fascinated by the potential for the community ownership of assets and spend a lot of my working time assisting organisations on community projects. So when one of the founder members of the initiative to take over this pub arrives he is quickly buttonholed to tell me all about their experience! After such a cracking start to our stay in Hudswell I am certainly looking forward to the rest of the week.