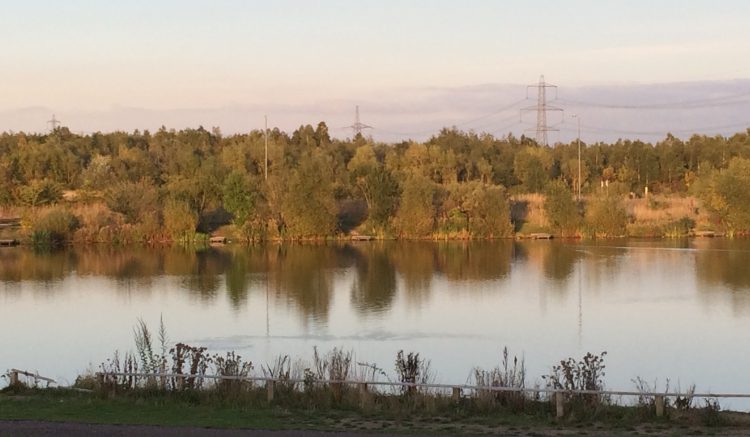 After five weeks at home we are on the road again and heading north towards Yorkshire so we can combine some walking with a bit of work. We decide to break the journey with a one-night stopover just off the M1 near Chesterfield.

Our pitch is on the Caravan Club’s main site at Poolsbrook Country Park. Blog followers will know we do not usually stay on big sites, but this one is ideal. It is only a mile or two from Junction 29A on the M1. It does not sound the most salubrious of locations but will do us for a night.

One of the benefits of arriving on a larger site is there is never any issue about leveling up the caravan, the Caravan Clubs’s pitches are all level. As we are not bothering with an awning, we are soon set up and ready for a wander. The dogs have been in the car for a few hours and they are keen to stretch their legs. 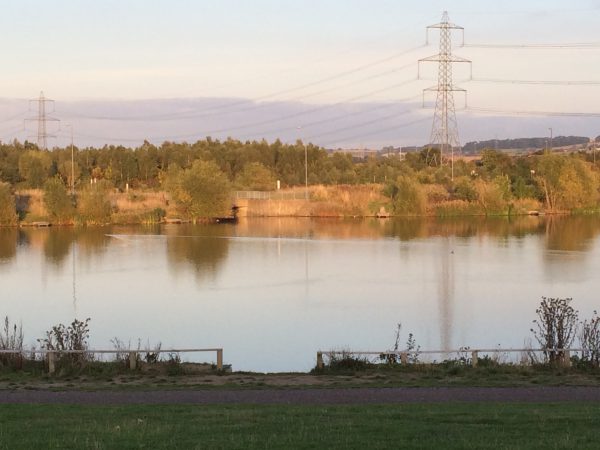 Our site is on Poolsbrook Country Park, this was once the site of the Ireland Colliery but has now been turned into a fantastic local amenity. The park covers 182 acres of woodland, 42 acres of grassland and 23 acres of water and it is a haven for wildlife. It is late in the evening when we head off, the crowds have departed and we are virtually alone as we wander around. 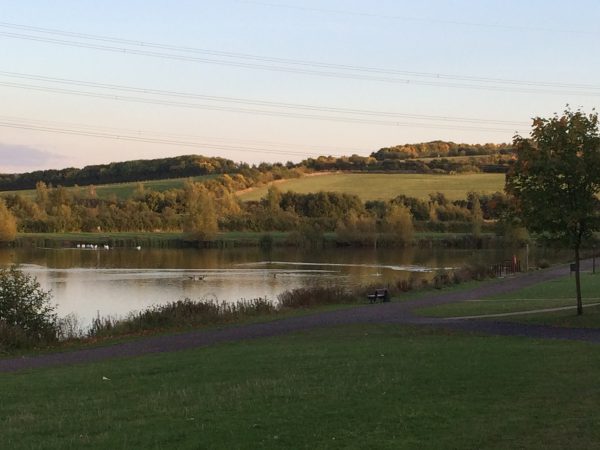 We are close to one of the main road arteries in the country, but you would hardly know it. We are also walking around what was a major industrial site. Apparently the Ireland Colliery was opened around 1874 by the Staveley Coal and Iron Company and closed in 1986 when it was merged with Markham Colliery. In 1948 there were 1,323 men working on the site and in that year 428,463 tons of coal were produced. Visiting this spot for the first time it is difficult to comprehend how this area would have looked in its industrial heyday. One thing for certain it would not have looked like this!

Time to get back and have an early night so we can get on the road early in the morning.