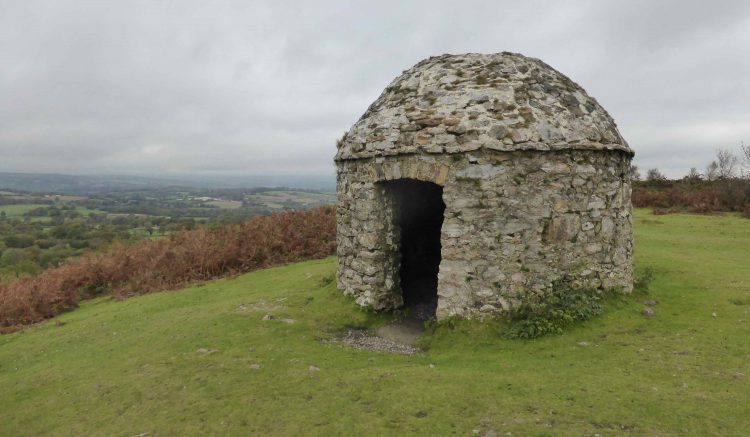 A few weeks ago, whilst enjoying a pint in the Greyhound at Staple Fitzpaine, I picked up a small leaflet on walks on the Blackdown Hills. The first of which involved a stroll to Culmstock Beacon. This is a spot we have never visited, the pictures of the Beacon are stunning, so Lynnie and I quickly plan an outing.

Our journey to the starting point of the walk takes us along the ridge of the Blackdown Hills, it is amazing that we have spent so much time around Taunton but rarely visited this area. It is fantastic countryside and there is a feeling that it is an area that is moving at a slower pace.

We skirt Hemyock and park in Millhays. Leaving the car we walk back to the centre of Millhays and cross the main road to join Withy Lane. We head along the lanes passing Parkfields Farm and after Whitehall Farm, at the hamlet of Whitehall, we turn up the lane signposted to Culm Davy. Just before we turn up the lane I spot a sight that used to be very familiar in Somerset, but one that is not so common these days – an apple orchard! 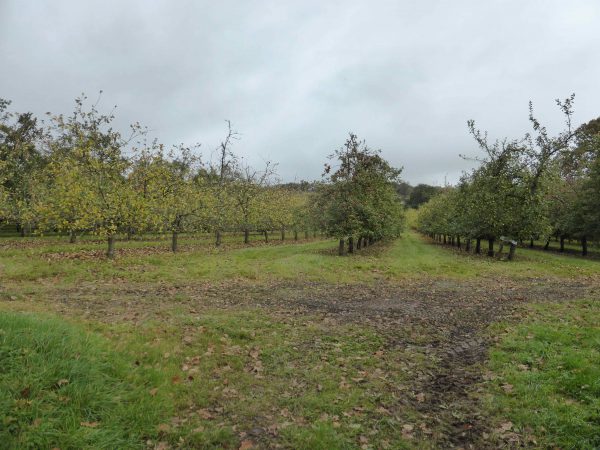 We walk by Culm Davy House ignoring the left turn to carry on by Culm Davy Chapel. The information on the dioceses website tells us this chapel was built over 500 years ago. Apparently it is “ within the parish of Hemyock but designated a Chapel of Ease as it enabled inhabitants of the hamlet to avoid the hard and frequently flooded walk of two miles to St Mary`s. The small flint-stone building was extensively reconstructed around 1850. It is surrounded by a charming churchyard whose gravestones record a recurring pattern of local names. Many are from families who are still involved in farming.” 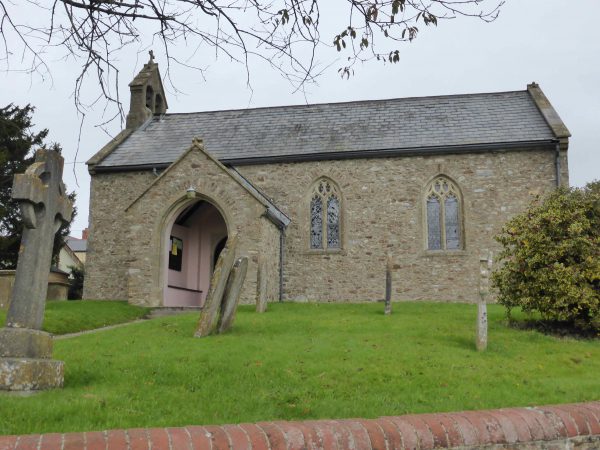 Our walking guide tells us to take the second lane on the left by a post-box. This lane leads us up hill and soon becomes a track as it goes through woodland. We head on up surrounded by signs of autumn as we walk through the beech trees shedding their leaves. At the top of the hill we go through a gate onto the open heathland of Blackdown Common. Our guide helpfully states we should make a note of the gate as we will need to locate this again for the return leg of the walk.

On the Common we turn left to follow a grassy track, which soon turns to stones. After a pond we fork left, following the track until we reach Culmstock Beacon. 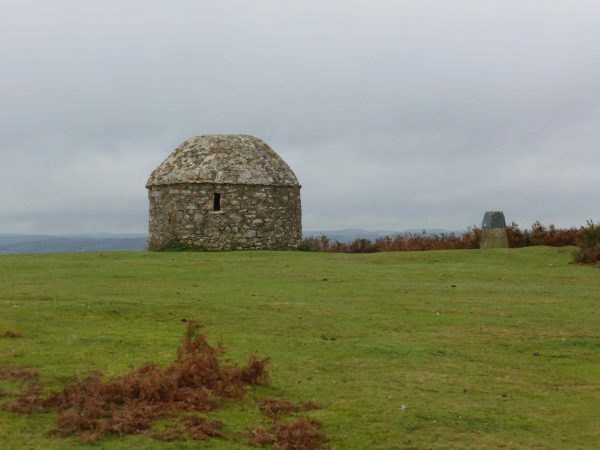 It is said that there has been a beacon on this site since the 1500’s when it formed part of the national network of beacons to warn of a Spanish invasion. The beehive shaped structure is built of flint and is said to have been rebuilt in 1870 after the collapse of the earlier one. It is thought locally that the stone structure is unique in its survival.

We are at the most westerly point of the Blackdown Hills and despite the threat of rain we get a panoramic view westwards towards Dartmoor and then turning to the north we see the Quantock Hills. It is a cracking spot, but not a place I would want to be on a stormy night! 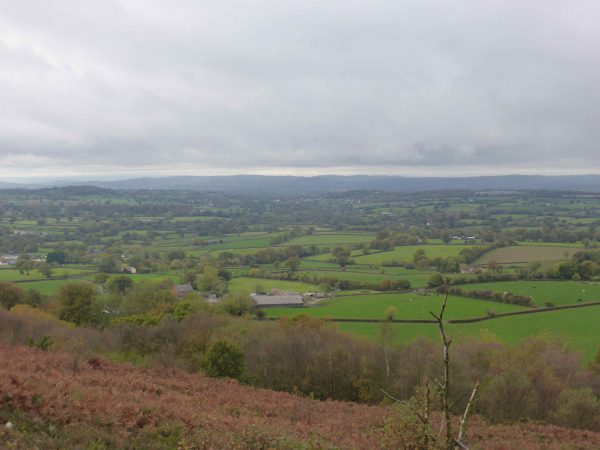 There is a network of paths leading from the Beacon, but our guide is clear that we should take the right most of the paths, taking us along the edge of the hilltop with glimpses of stunning views over the Culm Valley.

Along our route paths to the right lead off the hill, but we ignore these until we reach the gate we entered the heathland through. From here we retrace our steps back through the woodland. 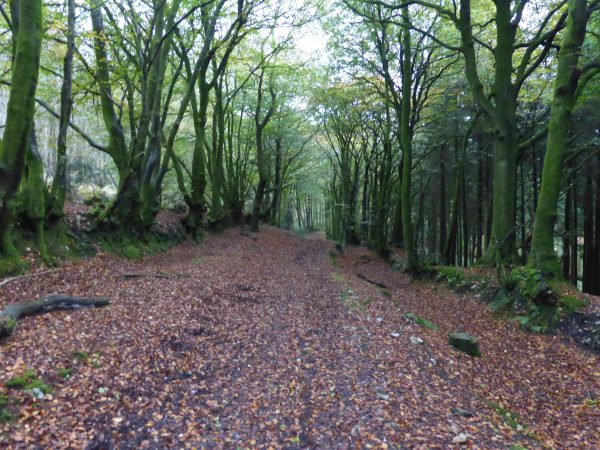 When we get back to the post-box at the bottom we take a narrow lane immediately to our right and follow this to join another lane after about 400 yards, this soon turns into a track that we follow until we reach a lane.

Our walking guide informs us that we have covered seven miles, it has been a cracking walk. I was initially concerned that the route involved a lot of road walking, however we have only encountered a couple of cars and they have been travelling at a suitably sedate pace.