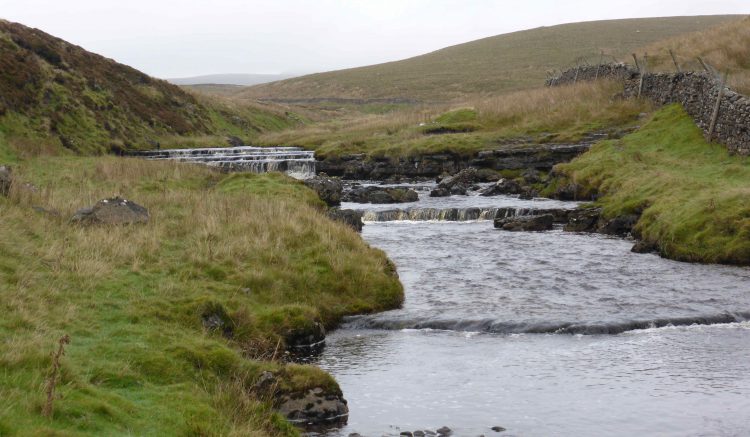 The rain over the last couple of days has made the water level in the River Ribble rise significantly. I take the boys out for their early morning walk and as we cross Penny Bridge it looks like the Ribble has risen almost eight feet since we arrived a few days ago. When here in June it was very dry and when we walked up to Hull Pot there was hardly any water in Hull Pot Beck and as it approached Hull Pot it was dry. In the hope of seeing water flowing into the Pot we plan to walk there today.

It is just a short drive to Horton in Ribblesdale and on leaving the car we walk back beside the B6479 passing the café that is the traditional start of the Three Peaks walk. Then we cross the road to take the footpath on the track beside the Old Post Office.

At a junction of tracks we keep going left and uphill on Horton Scar Lane, this is an easy route to follow, a track between dry stones walls, all the while giving stunning views back over the valley and to our right Horton Scar and rising above it is Penyghent covered in cloud. 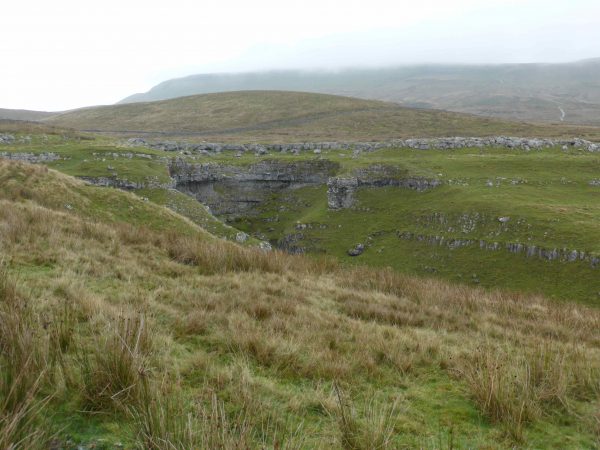 At the crossroads of paths we go straight ahead towards Hull Pot, alongside the path is an abundance of bright red toadstools. Fortunately the boys show now interest in the fungi. Having been here a few months ago we know that the Pot suddenly emerges in front of you and whilst expecting it we are still surprised at how it appears almost from nowhere. 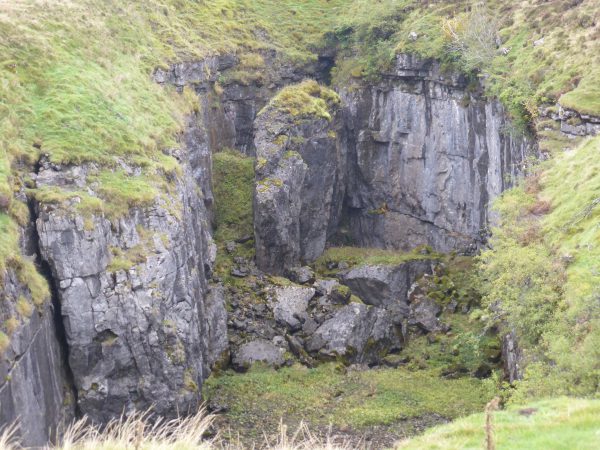 We hear a faint trickle of water, but nothing like the gushing waterfall I had hoped for and amazingly as we walk around the Pot the riverbed leading into it is dry. We walk on besides Hull Pot Beck and soon come across the water, before it disappears into underground streams. There are no obvious holes for it to go down, but within a few yards it has gone from a steady flow to nothing, like magic.

On meeting a junction of paths we turn left to climb up on to the peat moor. We can see the well-trodden path in front leading across Black Dub Moss. To start with it is a bit sticky, then after a while becomes slightly boggy. Then Crosby steps into what looks like a puddle and disappears up to his neck. At this point we make an easy and unanimous decision to turn around.

We retrace our steps back to the crossroads of paths at the top of Horton Scar Lane. At the crossroads we turn right to follow the Three Peaks Path taking us steeply up and over Whitber Hill. After about three quarters of a mile we come to another junction of paths, here we leave the Three Peaks route to the right. We turn left down onto the Pennine Way our route soon passes Sell Gill Pothole and there are a small group of potholers emerging in front of us before crossing the path to go down Sell Gill Pot. 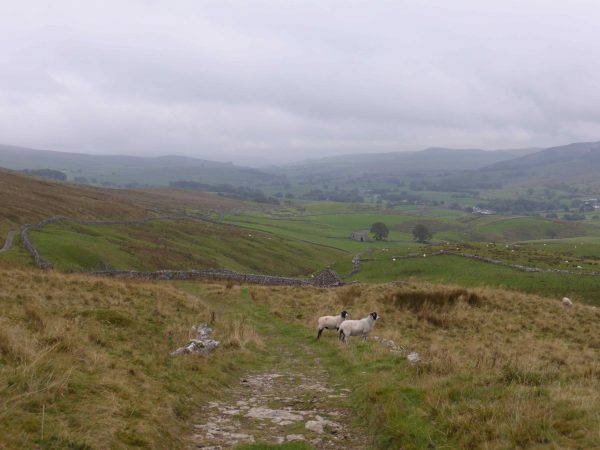 This is another straightforward route and we walk steadily down hill emerging in Horton in Ribblesdale by the Crown Hotel. Just as we get back to the car it starts spitting with rain and within a few minutes it is pouring down. That’s what I call a well-timed walk! 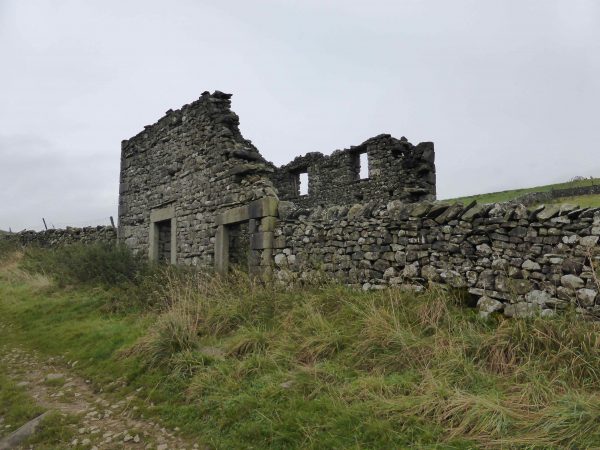